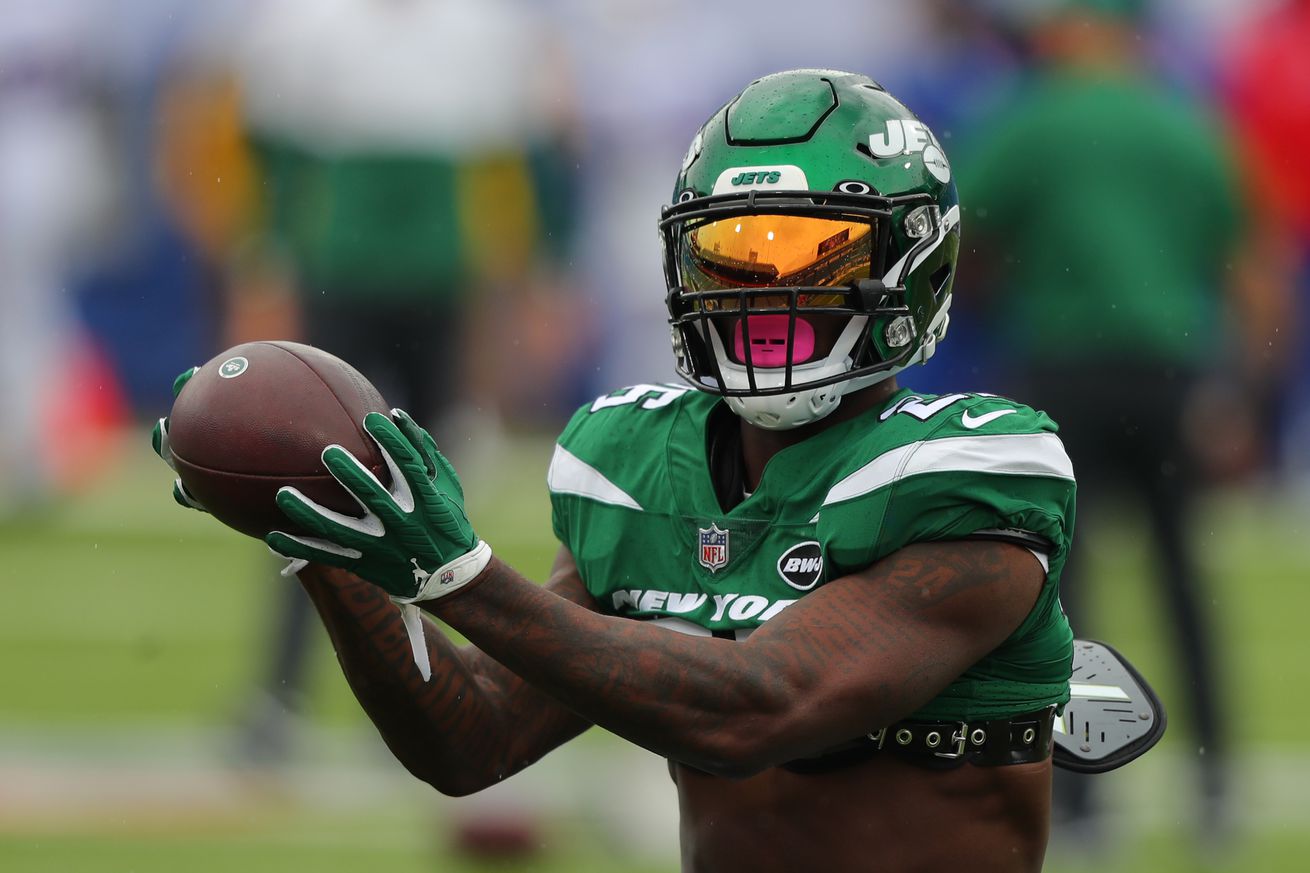 It’s a risk, but a move that makes a lot of sense for some teams.

Once a lock for best running back in the NFL, the fall from grace for 28-year-old Le’Veon Bell has been precipitous. His time in New York ended unceremoniously on Tuesday night when the Jets announced they were releasing Bell, who had been disgruntled with the team, the coaching staff, and his situation.

The risk here is a little greater than when Leonard Fournette was released shortly before the season started. It’s been a while since Bell was a productive top-tier running back, and it’s the middle of the season. This means that there will be a smaller pool of teams in need of a back, and there will be gel time required to integrate him into the offense. That said, the potential for Bell to bounce back is there, albeit slim. A team in dire need of rushing help could roll the dice, banking on Adam Gase’s ineptitude being the reason for the running back’s lack of production, rather than a decline in play itself.

Here’s where it’s plausible he could land.

Despite their crushing loss to the Titans on Tuesday night, Buffalo remains atop the AFC East with a 4-1 record. The team is doing almost everything right except for one area: Running the football.

Ranked 28th in the league in rushing, the Bills aren’t getting explosive production from Devin Singletary, or the other backs behind him. This opens the door to try and bolster the team ahead of a likely playoff run, hoping Bell’s short-yardage ability will take some of the pressure of quarterback Josh Allen to run the ball in these situations.

It’s highly possible the Bills like where they’re at, but there is an opportunity here for Bell to come in and help. This could be a difference maker if he catches a small amount of the lightning he used to have.

The entire NFC East is such a mess that we’re still in a spot where the Eagles, Cowboys or Football Team could conceivably win the division. Miles Sanders has been playing decent football, but after that the Eagles’ depth at back drops off a cliff.

Carson Wentz has unexpectedly fallen off a cliff. Moving to a more run-focused attack could be the answer, and with the division in such disarray it might be worth rolling the dice and seeing if this is the piece Philly needs to get back on top.

This is a very similar situation to the Eagles. Despite having a poor record, this team could still win the division and make it to the playoffs — which would be a huge boon to the start of Ron Rivera’s tenure with the organization.

Adrian Peterson and moving to their stable of backs, none of whom have really made an impact in 2020. It’s clear with the benching and transition from Dwayne Haskins that this team is willing to throw things at the wall to get some success, and there are worse moves that can be made that trying to bring Bell back from the brink.

Consider this one a strong possibility, and one that makes sense for both sides.

On paper the Cardinals might look like a successful rushing team, ranking in the Top 5 in rushing yards per game, but this is a paper tiger. Propped up by Kyler Murray scrambles, the Cardinals remain a team without a lot of offensive balance — and Kenyon Drake really isn’t getting the job done at RB, especially for a team with the lofty expectations of Arizona.

A lot of this is a problem by their own design. The Cardinals made the splashy trade in the offseason to acquire DeAndre Hopkins, which required trading top running back David Johnson to get the deal done. Obviously that trade was brilliant for the Cardinals, but they are still lacking a reliable ground game.

Bell doesn’t necessarily fit the mold of a Kliff Kingsbury offense, but that’s also why this move could work. Never underestimate the power of unpredictability.

In past years we’d link the Browns to any, and all available players because “why not?” Now there’s a clear justification for why this makes sense. With Nick Chubb out with an MCL injury, the balanced Browns’ rushing attack is leaning entirely on Kareem Hunt. While Cleveland is still having success, that might falter down the stretch and this is a team with serious playoff potential.

Bell would help reinstitute the kind of offense the Browns started the season with, returning to the 1-2 punch ground attack with the power back, and shifty back. This makes so much sense there’s not much more left to say. As a kicker the Browns would also get someone intimately familiar with Mike Tomlin and the Steelers, potentially helping them prepare for their division rivals.

History dictates that whenever you write about potential landing spots for a running back you must include the Seahawks. However, this is a little more than just a default potential spot.

Seattle loves running the ball to create an off-balanced offense where Russell Wilson can continue to thrive, but intention and reality haven’t totally meshed. Chris Carson is playing incredibly well, but durability has been a problem for him in the past — so too is the problem with Carlos Hyde, the rotational back who is currently hurt.

This opens the door for Bell to step in and provide some reliability to the rushing attack. In addition, Seattle has the kind of locker room where Bell won’t be the loudest voice, potentially quelling and risk of him being a problem.

Sometimes all a player needs is a change of scenery, and moving from the 0-5 Jets to the 5-0 Seahawks would be the most pronounced example of this. If it pans out it’s the kind of move that takes the best team in the NFC and catapults them into being Super Bowl favorites. That’s a risk worth taking.