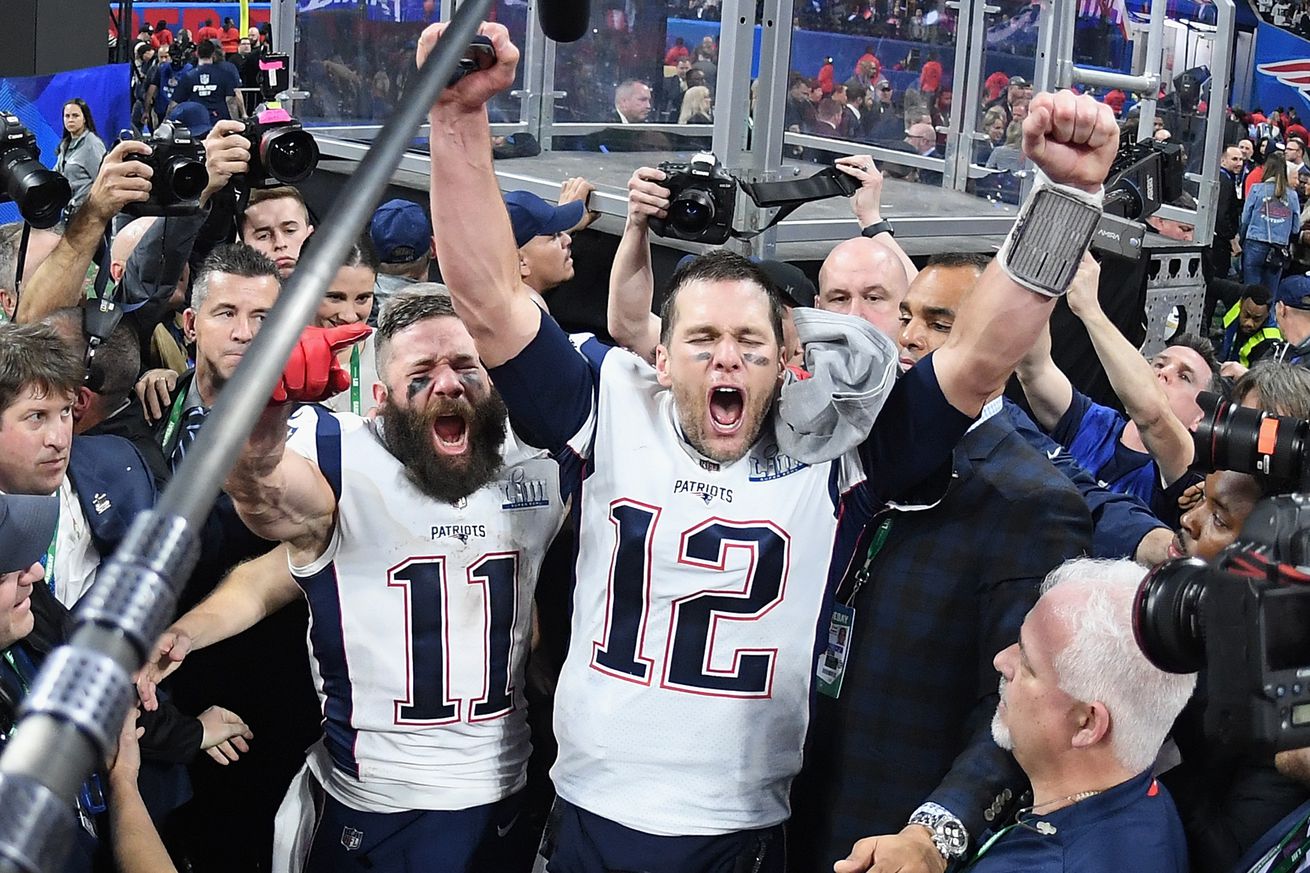 It wasn’t fun for most of the world, but it was impactful.

The Patriots won their sixth Super Bowl since the 2001 season by beating the Rams on Sunday in Atlanta, 13-3. During its legendary run of titles, New England has played in a lot of spectacular Super Bowls. The first three Tom Brady-Bill Belichick titles in the early 2000s all came in one-score games. Two losses to the Giants were classics, and so was a later loss to the Eagles. Wins against the Seahawks and Falcons were legendary in different ways.

Not this one. Super Bowl 53 was comfortably the least exciting of any Patriots Super Bowl appearance this century. It was an extreme bore, with the most exciting moment coming when the national anthem did (or didn’t) hit the sportsbook over/under of 1 minute 50 seconds. The offense was putrid on the Rams’ side and not great on the Patriots’ side, either. There were no hugely memorable plays. That’s part of this game’s legacy. These are some other people and entities that made out brilliantly.

The best QB-coach-owner trio in the history of the NFL continued to entrench itself as just that. The Patriots tied the Steelers for the most Lombardi Trophies with six, only all of New England’s have come in the 25 years since Kraft bought the team. Zeroing in even further, they’ve all come since the 2001 season, an even more impressive span.

Debate all you want how much Bob Kraft should be looped in with his QB and coach. You could make a fair case that he hasn’t done anything other than be rich and make a lucky hire, who in turn made a smart, lucky draft pick to get Brady in the sixth round way back when. But whatever you think of any of them, nobody’s ever done their jobs better.

(Brady didn’t do anything special in this game. That’s not entirely new for him in Super Bowls. Whatever. Nobody’s going to care in the long run that he didn’t throw a touchdown.)

The Rams’ 33-year-old coach — did you hear he’s young? — has already changed football, as evidenced by how many teams were interested this year in hiring coaches who had even cursory relationships with him. He’s developed a team with staying power and might well coach in another one of these things. And there’s no shame in losing to Belichick and Brady.

But he didn’t have a good night. The Rams never got Goff comfortable, and McVay took the blame in his postgame press conference for never getting $60 million running back Todd Gurley into a groove. (Gurley had 12 touches for 34 yards.) The wunderkind admitted Belichick outcoached him and said he didn’t know how he’d get over the loss.

“I’m almost numb,” McVay said afterward. “They did great job, but it was mostly result of me doing a poor job calling plays and not giving us a chance to win.”

The defining tight end of his era has publicly flirted with retirement before. If he wants to step away from the game now, he’ll get to do it as a winner. Again.

The Patriots brought a lot of pressure, and the Rams’ entire game plan seemed flawed. Goff wasn’t adequately protected, and his best skill weapon, Gurley, was a non-factor.

But it was nobody else’s fault that Goff waited too long before throwing a wobbly ball to an open Brandin Cooks in the end zone, giving Jason McCourty time to break it up. It was nobody else’s fault when he threw a dead-duck interception to Stephon Gilmore late in the fourth quarter, when the Rams trailed by 7 and had the ball inside the New England 30.

Goff’s come a long way since people were bandying about whether he was a bust in 2016, months after L.A. made him the first overall pick. But if Goff was on the verge of being considered an elite NFL QB before Sunday, he’s backed well away from that now. He might still get paid like one, though, when his next contract starts, probably in 2021.

He caught 10 of 12 targets for 141 yards, making himself the biggest standout on a night full of mediocre or worse offense. He won MVP and got a new car out of the deal. He also got plenty of people with large platforms, including ESPN’s Adam Schefter, to say he was playing himself into a Hall of Fame spot. What an incredible deal for a guy who got suspended for PEDs this season and has fewer regular-season receiving yards than the likes of Brandon LaFell, Jared Cook, Nate Burleson, and Jabar Gaffney.

The band’s halftime set was bad. It’s worth discussing if it was the worst in the history of Super Bowl halftime shows, with little energy and no blockbuster moments. That such a poor performance would happen in Atlanta, one of the most thriving musical metropolises in the world, was a travesty. There were so many better options. One of them, Big Boi, only appeared briefly, and his might have been the finest seconds of the show.

The vast majority of the betting public had the Patriots covering a 2- or 3-point spread. And they did, leaving books on the hook for huge payouts. The good news for those places is that most people had the over on a total of about 57.5, which didn’t come close to hitting. So the casinos won some and lost some and, on the whole, probably came out somewhere in the vicinity of even.

The night’s biggest drama might well have come around the national anthem, when Gladys Knight bumped right up against a 1 minute, 50-second over/under. Knight timed out at 1:49 to the end of the word “brave” for the first time, but then said it again and took the time of her song over 1:50. At least one book paid out bettors on either side of the line.

The biggest game of the year was an epic dud to almost everybody who’s not from New England. Yet here you and I are, still talking about it, as we will be for seven months. That’s quite a flex for a league that, in the end, wants our attention as much as it wants anything.

In this way, the house always wins.

One thought on “6 winners and 4 losers from a dull, impactful Super Bowl 53”