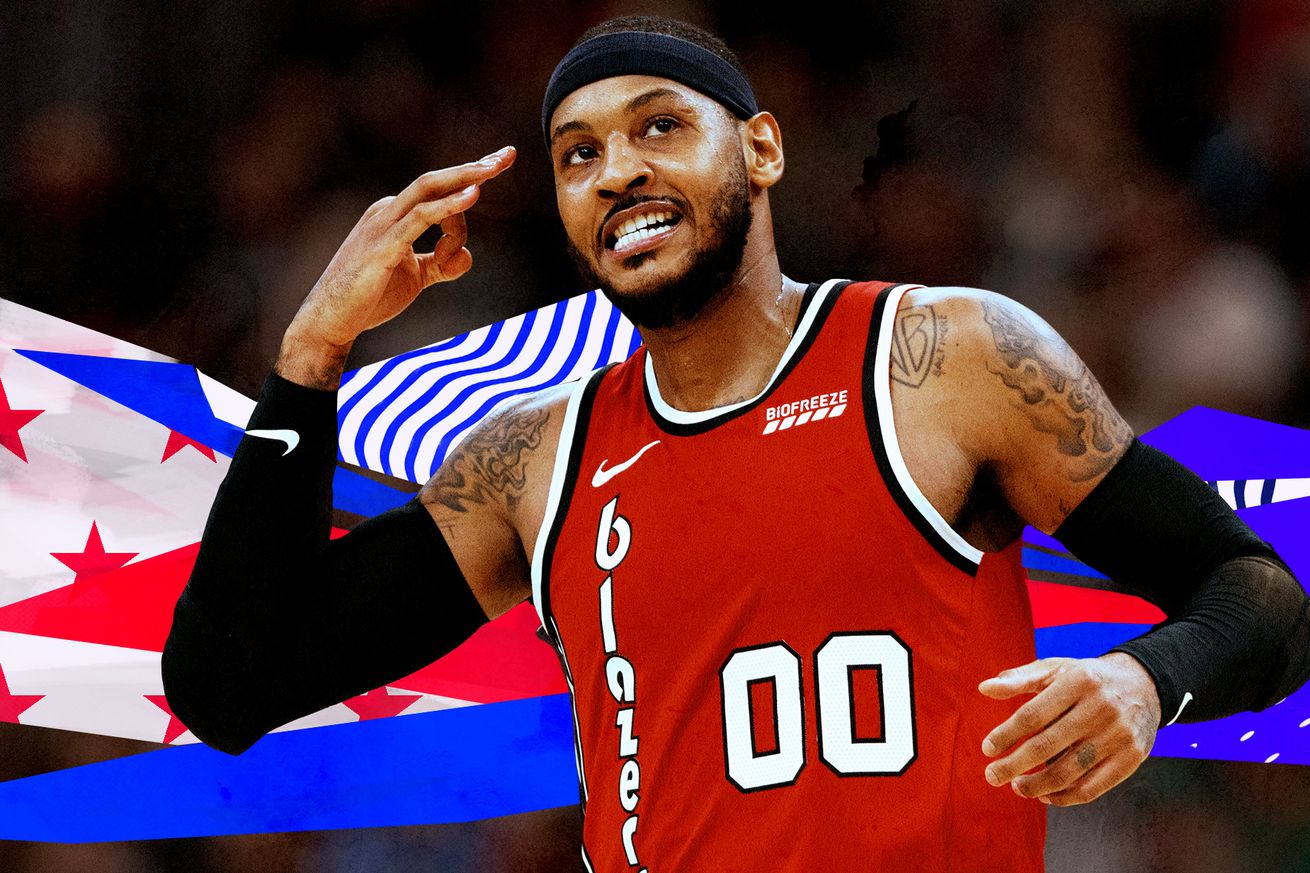 Carmelo Anthony and all his tics are back in the NBA.

Melo’s antics are back!

Carmelo Anthony is back in the NBA after more than a year of sitting on the sidelines waiting for a team to give him a second chance. He’s been training for this moment ever since he was cut loose by the Houston Rockets in 2018 after an ugly 10-game stint. For his return on Tuesday, fans and players around the league warmly welcomed the future Hall of Famer back to the hardwood.

Melo’s talent isn’t what it once was. In his first game back, he looked super rusty, scoring just 10 points on 14 shots, and finishing with a game-worst minus-20. His second game was a bit better, as he scored 18 points on 6-of-15 shooting. But still, this isn’t the same basketball Melo.

The good news is his personality is ALL the way back to the Melo of old, though. Here we will collect all of the most Carmelo Anthony moments of the 2019-20 season.

Three to the dome

Melo’s signature celebration is his three-to-the-dome bonk on his own head after nailing three-pointers.

He brought us one on his very first bucket from deep of the year!

Anthony is known for his interest in fashion, especially his hats and wild-as-hell coats. So far he’s shook us with one fantastic fit, two games in.

Behold this blue morph suit-lookin’ thing that’s also a turtleneck, with a beanie and a top coat. Hell. Yeah.

Shoutout to @carmeloanthony getting the fits off on short notice pic.twitter.com/1Vu3rJCEqL

Get the f*&k outta here rebounds

Perhaps Melo’s most popular mid-game antic is when he catches rebounds while screaming “get the f— outta here” to his teammates to let them know he’s got it.

I asked his trainer, Alex Bazzell, if he does this in practice. His response: “He actually talks a lot of shit when we play one-on-one. He says “get the f— outta here you ain’t making that shot.” When the mic catches him sometimes [on live TV], that’s 100 percent him.”

So far, Melo’s averaging one “Get the f— outta here” per game.

Having Melo back in the league absolutely rules

He’s not going to win MVP. He’s not going to play like an all-star. The Blazers might even regret signing when it’s all said and done. But we are all blessed to have someone as iconic and fun as Melo back in the NBA.

The league is more fun when he’s here to watch.