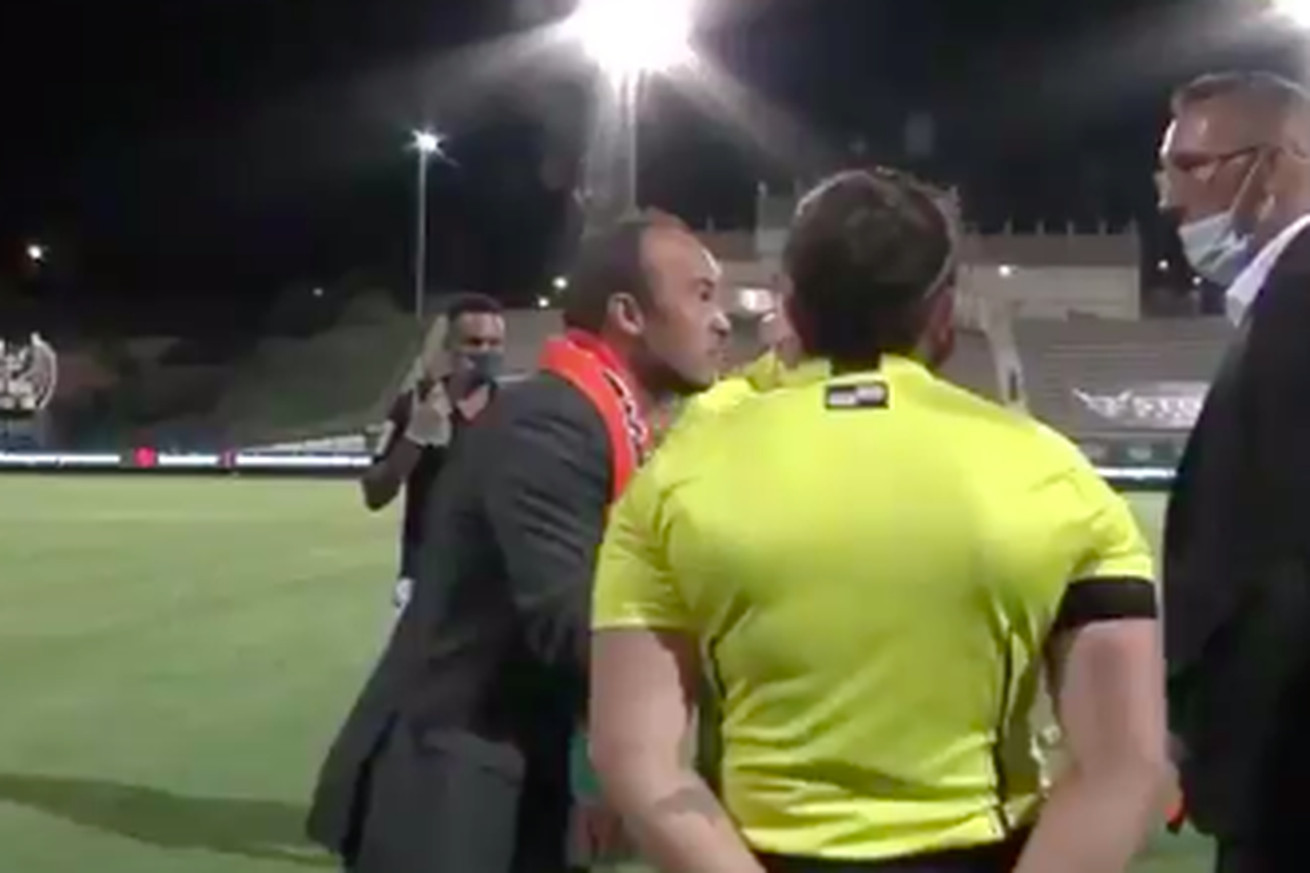 This comes one week after a Black player on the team was called a racist slur by an opposing player.

American second-division soccer team San Diego Loyal walked off the field Wednesday after an openly gay player was allegedly called a homophobic slur by an opposing player, and remarkably, it was the second alleged incident of hate speech against the team in the last week.

San Diego, a new team this year in the USL Championship, is coached by American soccer legend Landon Donovan, and are in the thick of a playoff race to end the regular season. On Wednesday, midfielder Collin Martin, who came out as gay in 2018 while playing in MLS, was reportedly called a gay slur by a player on Phoenix Rising FC in the first half.

At halftime, Donovan and Phoenix head coach Rick Schantz had a talk about the incident, with Schantz appearing to literally shrug over the incident while Donovan implores him “We need to get this out of our game.”

Landon Donovan to Phoenix Rising coach Rick Schantz: “What do you mean this isn’t a big deal? We have to get this out of our game.”

Donovan’s body language shows how upset he is, but that didn’t tell the half of it. As the game was at halftime, San Diego decided to walk off and not return for the second half of the game.

In the first half a member of Phoenix Rising used a homophobic slur directed at Collin Martin. In response we have decided to walk off the pitch in protest.

In Europe, players and teams walking out of soccer games before full time has been a desperation strategy when dealing with hate speech or violence, but it’s unprecedented in American pro sports. In prior cases of hate speech in sporting events, teams played through it and leveled accusations and punishments were meted out after the fact.

But San Diego Loyal dealt with a similar incident last Wednesday, when a Black player on the team was called a racist slur by an opposing player on LA Galaxy II. After the USL Championship suspended the player, Omar Ontiveros, six games, an outcry among Galaxy fans led the team to cut the player. Ontiveros did not deny he said the slur.

In the aftermath of the previous incident, San Diego released a statement saying they would have walked off the field then if they had known what had happened in the moment, and that they wanted to formally forfeit the result, a 1-1 draw. The latter claim has yet to be upheld by the league, perhaps in part because of how odd it would be for a team that was racially abused to forfeit, not the other way around.

“We don’t even want to recognize being a part of a match where these types of actions take place.”

Our full statement below regarding the racial slur that was directed at our player in the Sept. 23rd match.#SDLoyal | #BlackLivesMatter pic.twitter.com/bwIr50ToFy

The team declared a forfeit for Wednesday’s game as well, even though they were winning and the game was their last chance to make the playoffs.

With Wednesday’s game against Phoenix abandoned, the league issued a statement on the incident vowing to investigate: “We are aware of the alleged use of a homophobic slur in tonight’s match between San Diego Loyal SC and Phoenix Rising FC. Foul and abusive language of any type has absolutely no place in our society and will not be tolerated in USL matches. An investigation is currently underway to determine the facts surrounding the incident and more information will be provided as soon as it is available.”

2020 has been a year of reckoning in the sports world regarding “real-life” issues, with players going on strike and in many cases taking an active role in protesting for racial equality and the end of injustice in our society. What San Diego Loyal did Wednesday when allegedly faced with an unfathomable situation a second time in a week is extraordinary, and we’ll see if it can help turn the tide within the sports world, too.