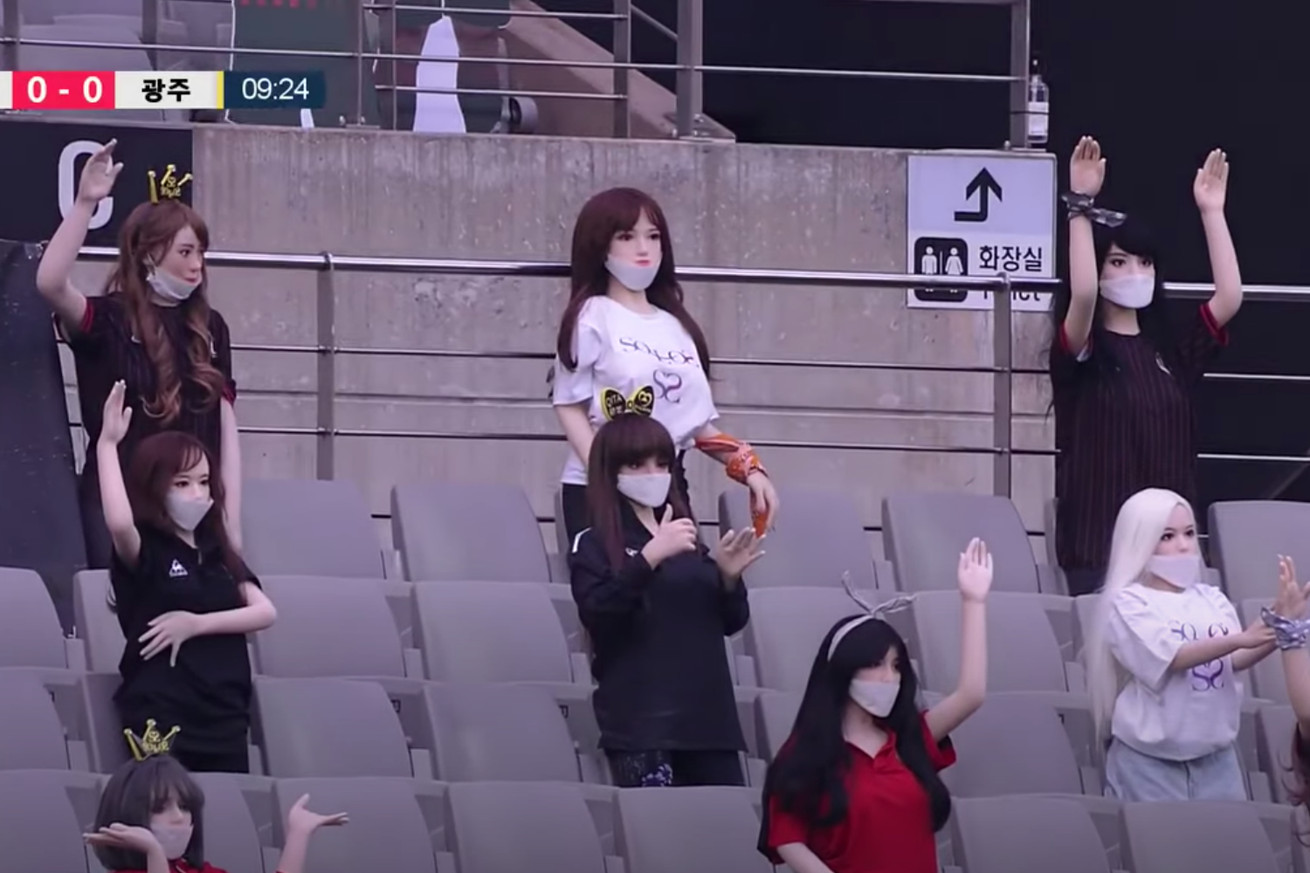 Someone probably should have flagged this.

Sports leagues that have resumed play in the midst of the coronavirus have been looking for ways to keep the ambiance of the games similar to how it was before the pandemic. Most of these efforts are focused on the fans, since most all of the games are taking place in front of empty arenas. Leagues like the KBO have found success with the help of cardboard cutouts, placing them in the seats and giving the fans at home the impression that there are fans rooting for their team.

But one league took that idea and magnified it. And it could have been a novel idea that all sports would have adopted, except for one mishap: they might have used sex dolls.

South Korean soccer’s FC Seoul thought they were taking the idea of cardboard cutouts and replacing them with store mannequins. These mannequins were dressed in team gear, along with face mask and supplied by the company Dalkom, as its CEO is a fan of the club. But users on Twitter quickly suspected that the mannequins were sex dolls. The signs the mannequins held up advertisements for different types of sex dolls as well.

The club later released an apology for the mishap:

“We are very sorry about the supporting mannequins that were placed during the game on May 17. These mannequins may have been made to look and feel like real humans but they are not for sexual use — as confirmed by the manufacturer from the beginning.”

Although the club denies that the mannequins were intended for sexual purposes, the company that manufactures the dolls admitted that it did reuse some of the supplies from another project.

Though this seems like an absurd mishap, an eyebrow or two should have probably been raised when the majority of the dolls were women with exaggerated features promoting sex dolls. One would assume that club staff had to dress the dolls, so someone should have flagged this before FC Seoul’s match against Gwangju FC. On top of that, if FC Seoul bought these directly from the company they either spent too much or too little since the price of a mannequin and a sex doll are probably not equal.

The idea of having mannequins in the stands in lieu of humans still sounds like a good idea. Maybe leagues should adopt this idea, including FC Seoul’s K 1 League. They should just make sure the dolls are intended for displaying clothes and not anything else.