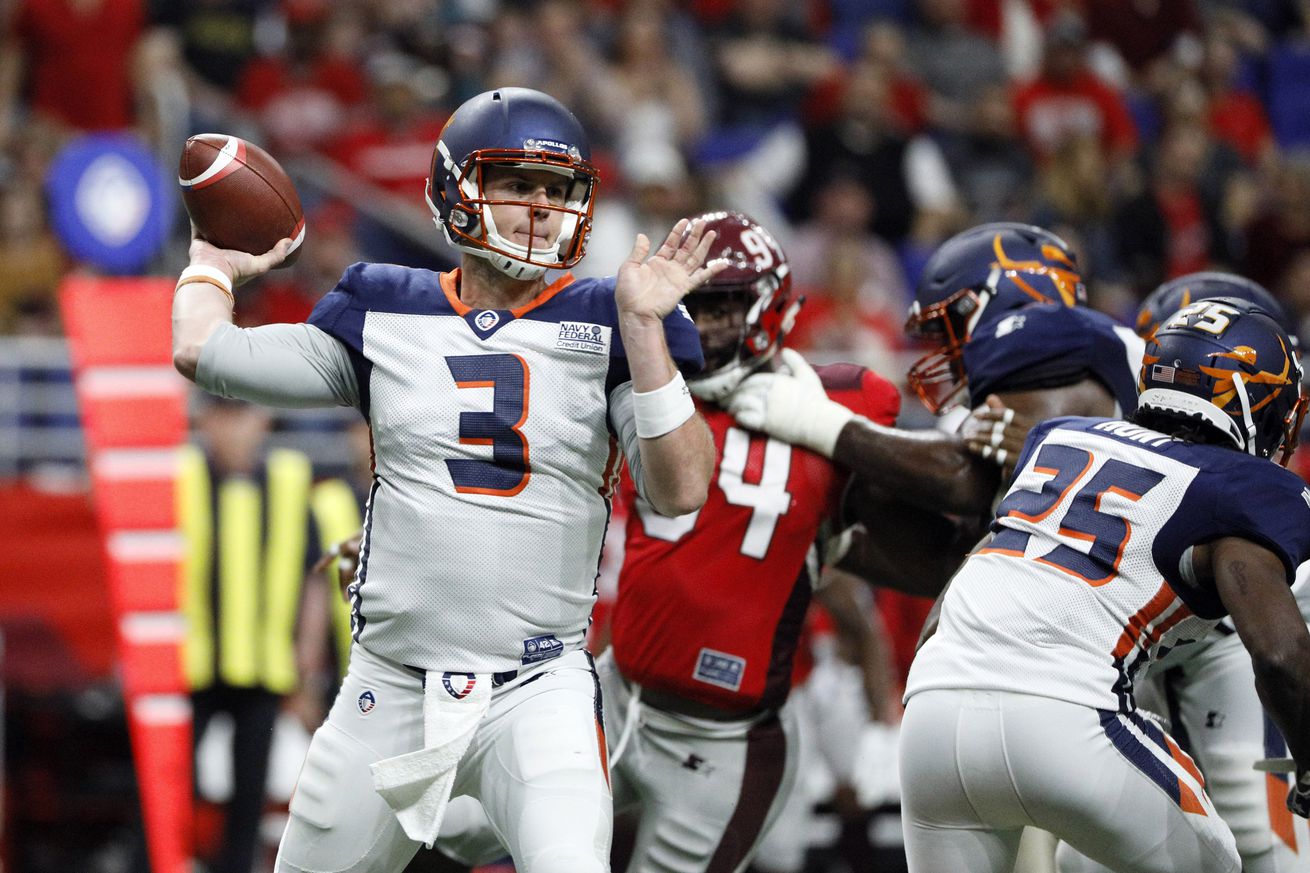 The Orlando Apollos are the only unbeaten team going into Week 5 of the Alliance of American Football.

One unbeaten team remains in the first ever season of the Alliance of American Football: the Orlando Apollos. After four weeks of play, the Apollos are at 4-0 and show no signs of slowing down heading into Week 5 (of the 10-game regular season).

As always (I can say that now, since it’s a new league!), we’re here to guide you through watching the action on Saturday and Sunday, as it can be a bit difficult to follow at times. The slate of Week 5 games will occur on TNT, NFL Network, and CBS Sports Network, with live streaming options available via FuboTV, WatchTNT, NFL, and CBS Sports.).

The Apollos appear to be the team to beat, having bested the Arizona Hotshots, San Antonio Commanders, Memphis Express and, most recently, the Salt Lake Stallions. They’re the only team in the league to have scored 40 points in a single game, and are coming off a 20-11 victory over Salt Lake.

Their opponents in Week 5 will be the Birmingham Iron, who sit at 3-1 on the season, with their first loss coming against San Antonio last week. The Iron and Apollos are pretty clearly the two better teams in the league, at least early on. We’re nearly halfway through the regular season, and it’s only going to get more interesting from here.

Below, you can find all you need to catch the Week 5 AAF play.

How to watch AAF Week 5 action