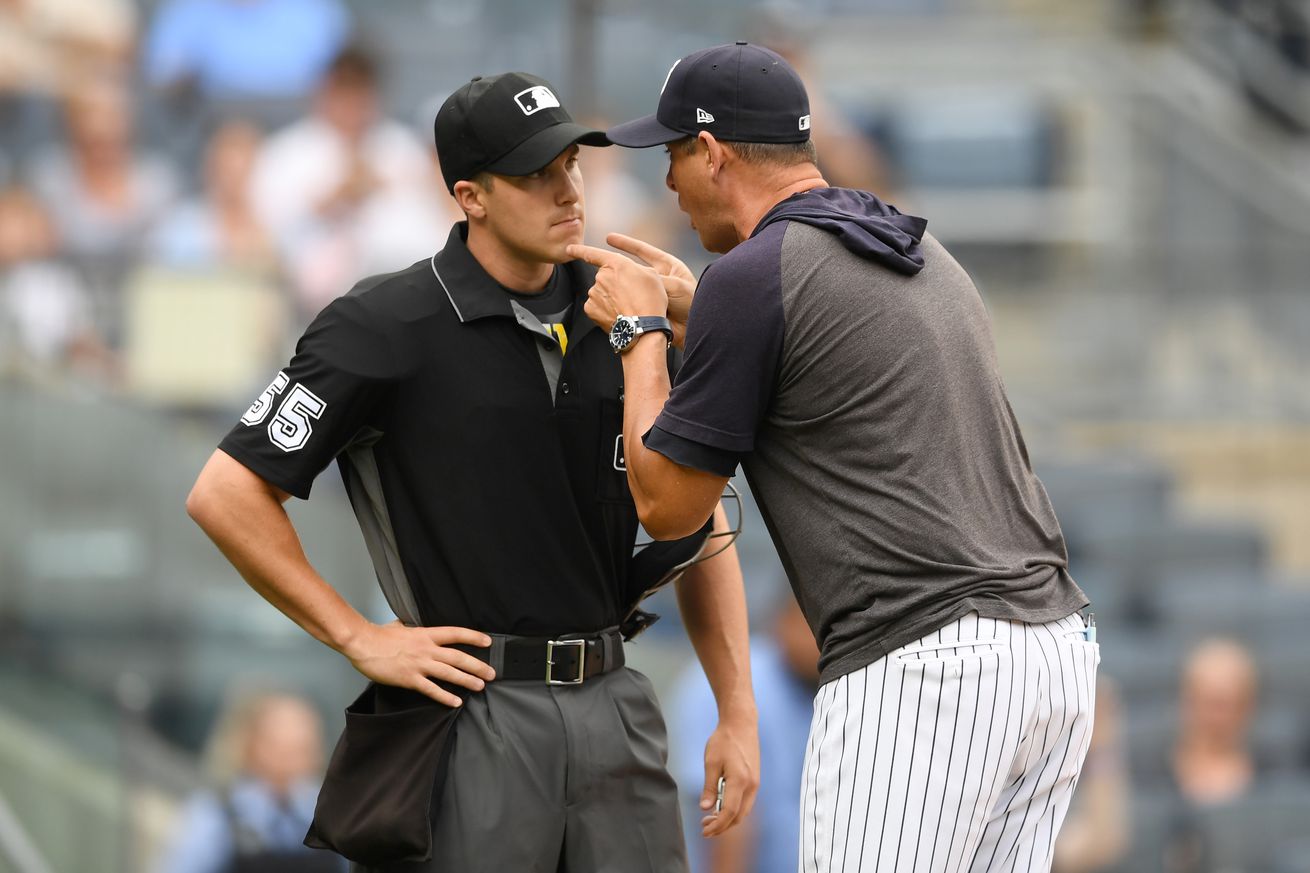 The Yankees manager channeled Earl Weaver with his classic outburst.

Major League Baseball suspended Yankees manager Aaron Boone for one game Friday, meaning he will miss the Bronx Bombers’ series opener against the Rockies. But missing one game is worth it for producing one of the great managerial rants of all-time.

Here is the full sequence of the Boone ejection. Hot mics galore. pic.twitter.com/R6Vw0qw0qn

In the first game of a doubleheader Thursday, Boone objected to the strike zone after Brett Gardner was called out on strikes against Rays pitcher Yonny Chrinios.

“My guys are f**king savages in that f**king box, right? And you’re having a piece of sh*t start to this game. I feel bad for you, but f**king get better,” Boone said to home plate umpire Brennan Miller, in his first year calling major league games.

Several forms of “f**king savages” were already being made into T-shirts at that point, but Boone wasn’t done with his tirade.

What sold this last part was Boone clapping his hands after each syllable of “Tighten this sh*t up” to really drive home the point. This really was a classic.

In the end we won’t remember that Boone missed a game managing the Yankees. But we will remember his rant for years to come.

Dodgers-Mets game in 2016, and umpire Tom Hallion introduced “ass in the jackpot” into the national lexicon.

But getting raw audio is the absolute best. It captures the players, managers, and umpires at their most colorful. It sure beats the watered-down audio we usually get when a player wears a microphone for a nationally televised game, when most interactions feel forced, and are preceded by “I’m wearing a mic today.”

Give us the raw audio, and we get a glimpse into the real game.

But it’s impossible to hear Boone’s umpire-aimed profanity without thinking of the legend Earl Weaver, who once told an umpire, “You are here for one god-damned specific reason: to f**k us!“

The umpire, Bill Haller, had a funny comeback when Weaver reminded Haller of his all-but-certain future Hall of Fame status (Weaver was right; he was inducted into Cooperstown in 1996), shooting back to Weaver, “You’re going to be in the Hall of Fame for what, f**king up the World Series?”

Footage like this brings us closer to the game. The real shame is that a one-game suspension means one less opportunity for Boone to give us audio gold.

2 thoughts on “Aaron Boone got suspended 1 game for his awesome tirade, and it was worth it”