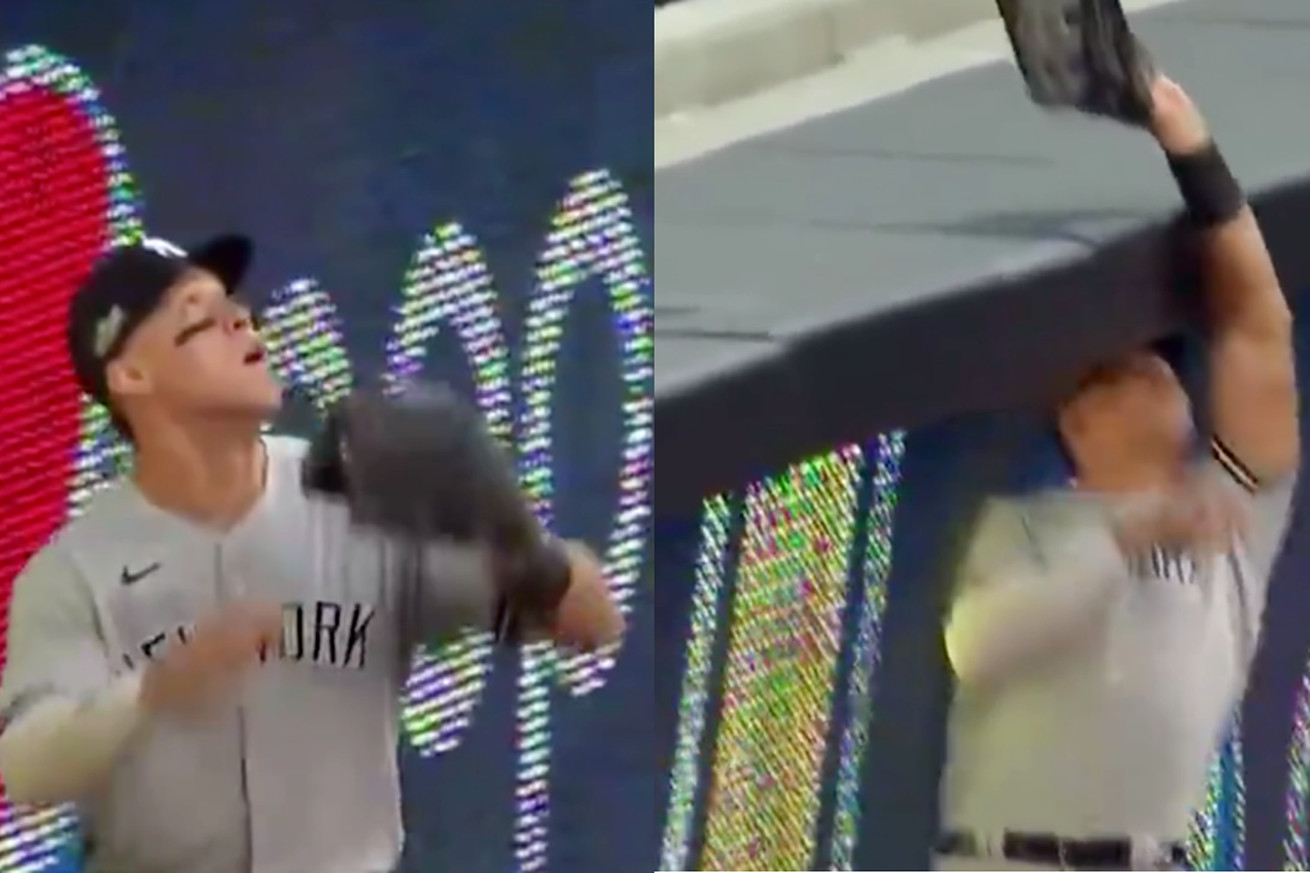 Aaron Judge thought he was about to rob a home run. The outfield wall had other ideas.

New York Yankees ace Gerrit Cole had a perfect game going in the fifth inning when Austin Meadows stepped to the plate for the Tampa Bay Rays in the decisive Game 5 of the ALDS. Meadows smashed a third pitch fastball, and New York right fielder Aaron Judge made his way to the outfield wall to try to rob a potential home run.

We just saw Dodgers star Cody Bellinger rob a homer with a leaping catch that might be the most memorable play of the 2020 MLB playoffs so far. Could Judge pull off the same feat?

Not quite. As Judge jumped to make the catch, he hit his head on the padding on top of the wall. Meadows’ ball cleared the fence for a solo home run.

I guess you can say that Aaron misjudged that one.

Here’s a look at the full play:

#Rays tie it after a home run from Austin Meadows in the 5th. #RaysUp #Postseason pic.twitter.com/RNV3kNxoAi

Fortunately for Judge, he’s also been responsible for 100 percent of the Yankees’ offense in Game 5 at the time of publish. Judge got the scoring started with a solo home run in the fourth inning, his second dinger of the playoffs.

This was a tough moment for Judge, but the Yankees are still glad to have him on their side.