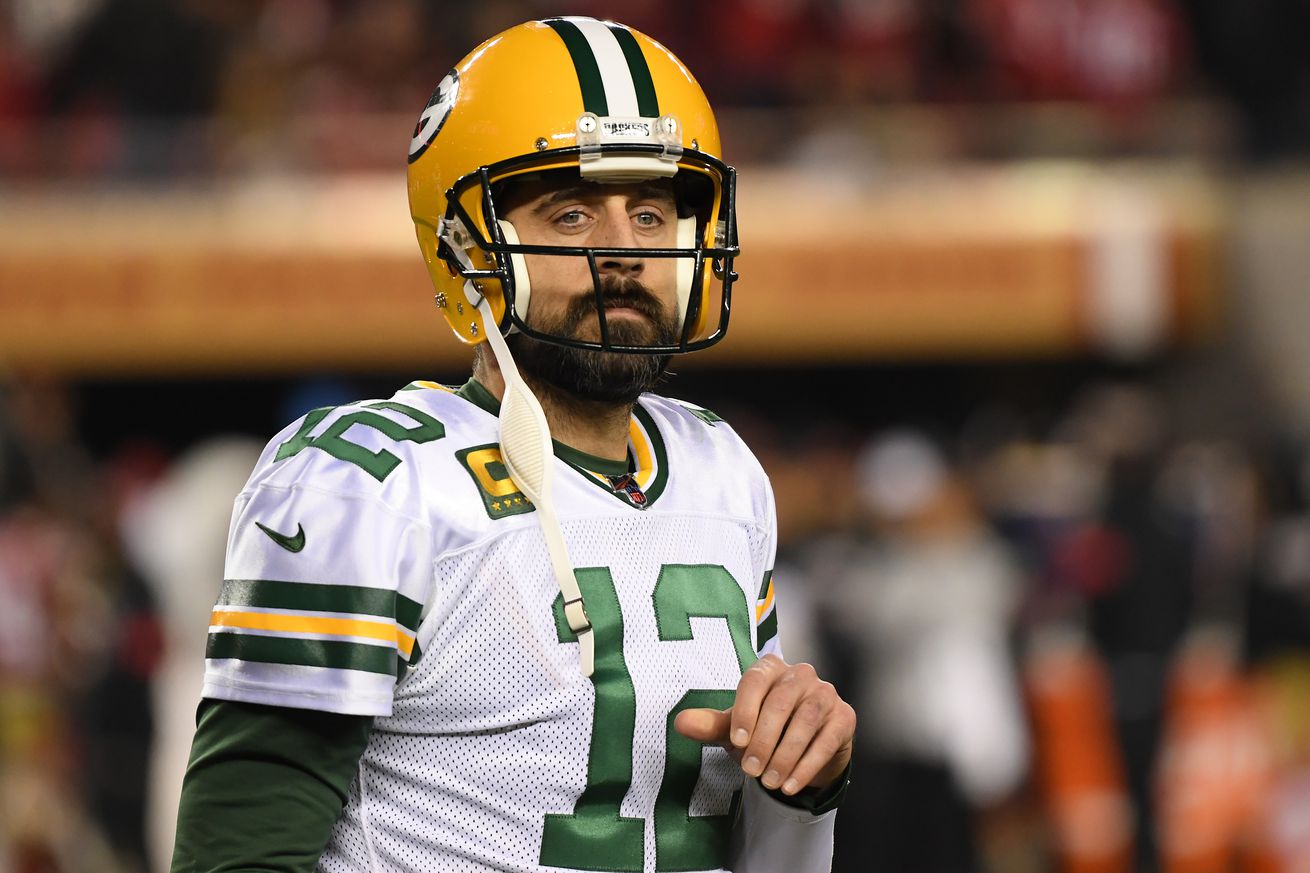 Aaron Rodgers wanted the Packers to select a skill player with their first-round pick in the 2020 NFL Draft. His sentiment made sense. Green Bay had few reliable targets beyond Davante Adams in 2019. A deep class of wideouts would give the club the opportunity to add an impact player even at the end of Day 1.

It looked like Rodgers would get his wish. The Packers traded up from the 30th to the 26th pick while blue-chip receivers like Denzel Mims, Laviska Shenault, Tee Higgins, and Michael Pittman Jr. all remained on the board. Then, the official pick tumbled forth from an increasingly sleepy Roger Goodell’s mouth:

THE PICK IS IN

Instead of getting the downfield help to ease him in to the second act of his career, Rodgers got … his own replacement. The Packers were in desperate need of a reliable backup — former UConn and Eastern Kentucky non-star Tim Boyle may be the league’s least notable quarterback. But adding a first-round pick behind a quarterback who signed a $134 million contract extension less than two years ago is a bold strategy.

It’s also one that worked 15 years ago, when Green Bay snapped up a big-armed West Coast quarterback to crown as the heir to its throne. Rodgers was brought to Wisconsin to back up a 35-year-old Brett Favre before taking the reins three seasons later. Now it’s Love’s turn to move to Lambeau Field and back up a 36-year-old Rodgers.

That plan ultimately paid off for Green Bay, but it came with a rocky start and its own share of drama. There’s no guarantee the end result will be the same for the Pack.

Why give Rodgers anything other than a reason to be happy?

Rodgers suffered through a down season in 2019, even as the Packers ran to a 13-3 record and the NFC title game. The veteran quarterback failed to crack the NFL’s top 10 in completion rate, yards per pass, yards per game, or passer rating last fall. His adjusted yards per pass were nearly three full yards less than in his 2011 MVP-winning campaign.

His age may have played a role in that decline, but it’s also likely a lackluster supporting cast was responsible. While Adams remained a Pro Bowl WR1, no other player on the roster cracked 50 receptions or 500 receiving yards. The second-most prolific pass catcher was running back Aaron Jones. The days of throwing to Jordy Nelson and Randall Cobb were firmly in the rear view.

Even though signing Devin Funchess this offseason could help, the 2020 draft gave Green Bay the best opportunity to give Adams a running mate. A young target could not only jump start the team’s offense, but also usher Rodgers into the twilight of his career on a high note. But rather than opt for a win-now addition to keep its championship window propped wide, the Packers stuck with tradition by failing to select a first-round wideout for the 18th straight year.

Since drafting Davante Adams in 2014, the #Packers have drafted as many quarterbacks in the top 150 as they have wide receivers (2). Those two wide receivers were Ty Montgomery and J’Mon Moore.

Even before the Love pick, Rodgers was already convinced he’d outplay any new arrival, regardless of who they are.

Aaron Rodgers in March on the possibility of the Packers drafting a quarterback: “No matter who you bring in, they’re not going to be able to beat me out anytime soon.”

More importantly, that pick may not sit well with the incumbent QB internally. Few things that take away his urgency in the passing game, according to reports, do.

Rodgers’ clashes with Mike McCarthy reportedly led to the former head coach’s ouster despite nine playoff appearances and a Super Bowl win in 13 seasons on the sideline. He’s been outspoken about holding grudges, including the one that followed him for more than a decade after he fell to the latter half of the first round in 2005. After Green Bay used three Day 3 selections on wideouts in 2017, Rodgers made sure to let them all know they were “piss poor” that following preseason. He is not especially regarded as the kind of player who can be a welcoming mentor to a young prospect.

This is all to say that, even if Rodgers says all the right things about welcoming Love to the fold in the spring, a storm may be brewing behind closed doors at the Packers’ facility.

This move makes some sense … in a vacuum

Rodgers is on the hook for another four years and $126 million in salary cap hits. Releasing or trading him at any point before 2023 would result in at least $17 million in dead cap space. He’s not going anywhere for at least three more seasons.

While he may not be thrilled with the lack of first-round wideout help, this year’s deep class means Green Bay has plenty of opportunity to add potential starters on Days 2 and 3 of the draft. Several players with borderline Round 1 grades remain available, though how many of them will get through to the Pack’s draft slots remains to be seen.

The team now has three years to assess whether Love is their quarterback of the future. By the time Love’s fifth-year option comes up, Rodgers will either be staring down his age-40 season or riding off into retirement. If Love is an NFL starter, he’ll slide right into the void the veteran leaves behind. If not, the club can let him walk (or trade him) and start its QB search over.

That’s a solid plan for Love. He has all the arm talent of a Pro Bowl quarterback, but his decision-making is decidedly not yet at an NFL level. A few years of development underneath a QB-minded head coach like Matt LaFleur should help him meet his potential without the risk of throwing him into the fire too early.

The Packers have pulled off this move before — even down to the unwilling mentor at the top of the depth chart — though not gracefully. Favre ceded his place in the spotlight to Rodgers in 2008, then unretired and created a messy split with the franchise for whom he’d become a legend. Stops with the Jets and then the rival Vikings followed before he retired for good in 2011. It would have been a disaster if not for the fact Rodgers was ready to step up and be an MVP and Super Bowl champion after blossoming outside of Favre’s shadow.

Love may be facing a similar situation, but he’s not the same kind of college passer Rodgers was. He’s going to have to have one hell of a pro developmental track if he’s going to go from posting a 20:17 TD:INT ratio at Utah State as a redshirt junior to being even the off-brand version of Rodgers in the NFL. If he and Rodgers clash — or even if Rodgers struggles over the tail end of his career thanks to a lack of playmakers — the former Aggie may have to be just as good as his predecessor to quiet a tidal wave of “what ifs?”

In the end, trading up to get Love may turn out to be a brilliant move for the Packers, just as drafting a free-falling Rodgers was in 2005. It’s gonna be a rocky path for Green Bay to get there, however.