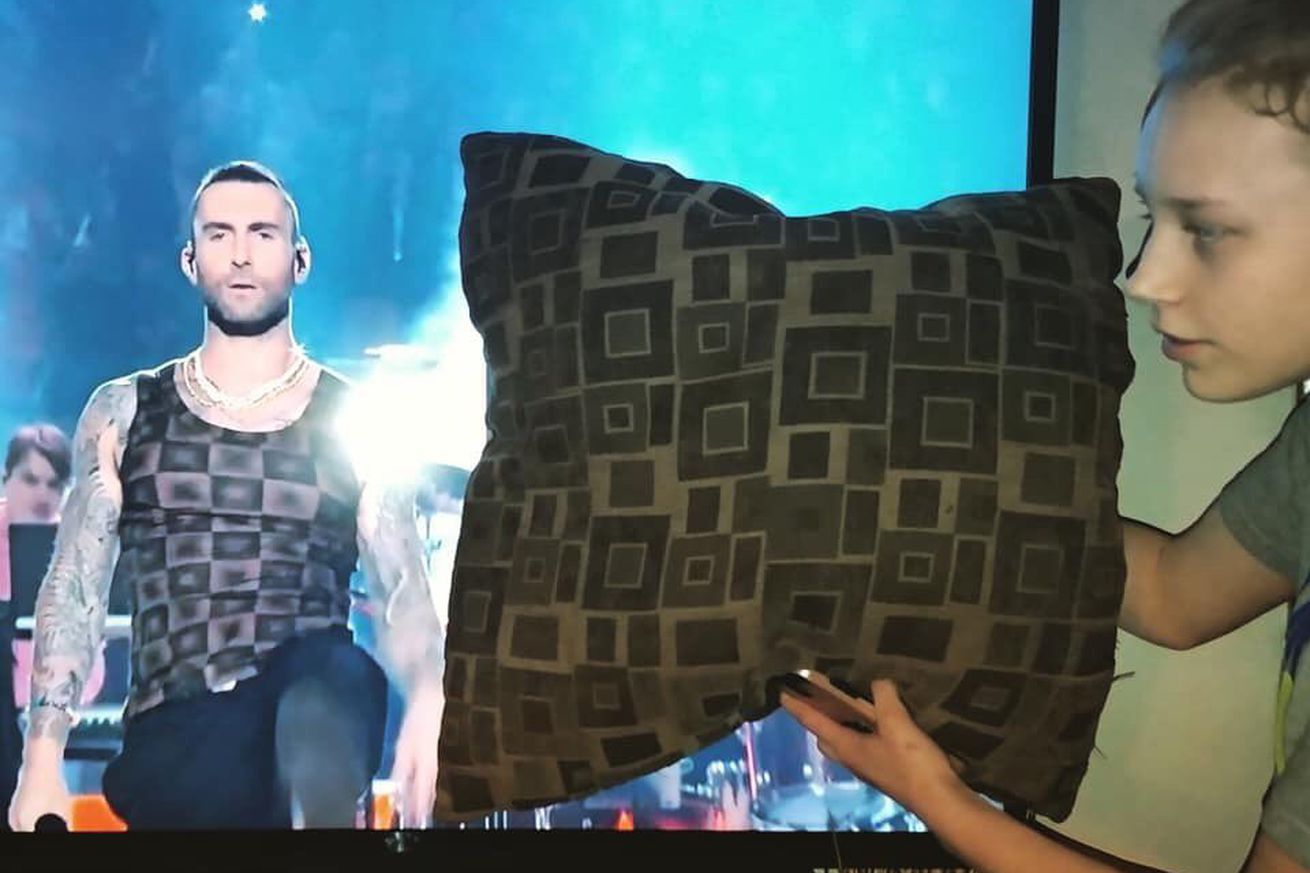 Adam Levine was like an onion during the Super Bowl LIII Halftime Show — he just kept on removing layers. It was his final shirt, a brown, geometric tank top that gave everyone that familiar feeling.

wow the highlight of Adam Levine’s performance was definitely that his shirt looked exactly like pillows that an alarming amount of people happen to have from Target #SuperBowl pic.twitter.com/UL8WjdpJaY

The throw pillows aren’t available on Target.com anymore (trust me, I checked), but it’s still lovely that so many people got to feel like Adam Levine was in their homes for more than just a Super Bowl performance.

I’m not going to say that Levine’s tanktop was made out of old throw pillows, but I’m also not-not saying it. The shirt didn’t just look like pillows either, it also looked like curtains.

There’s so much beauty in the world.