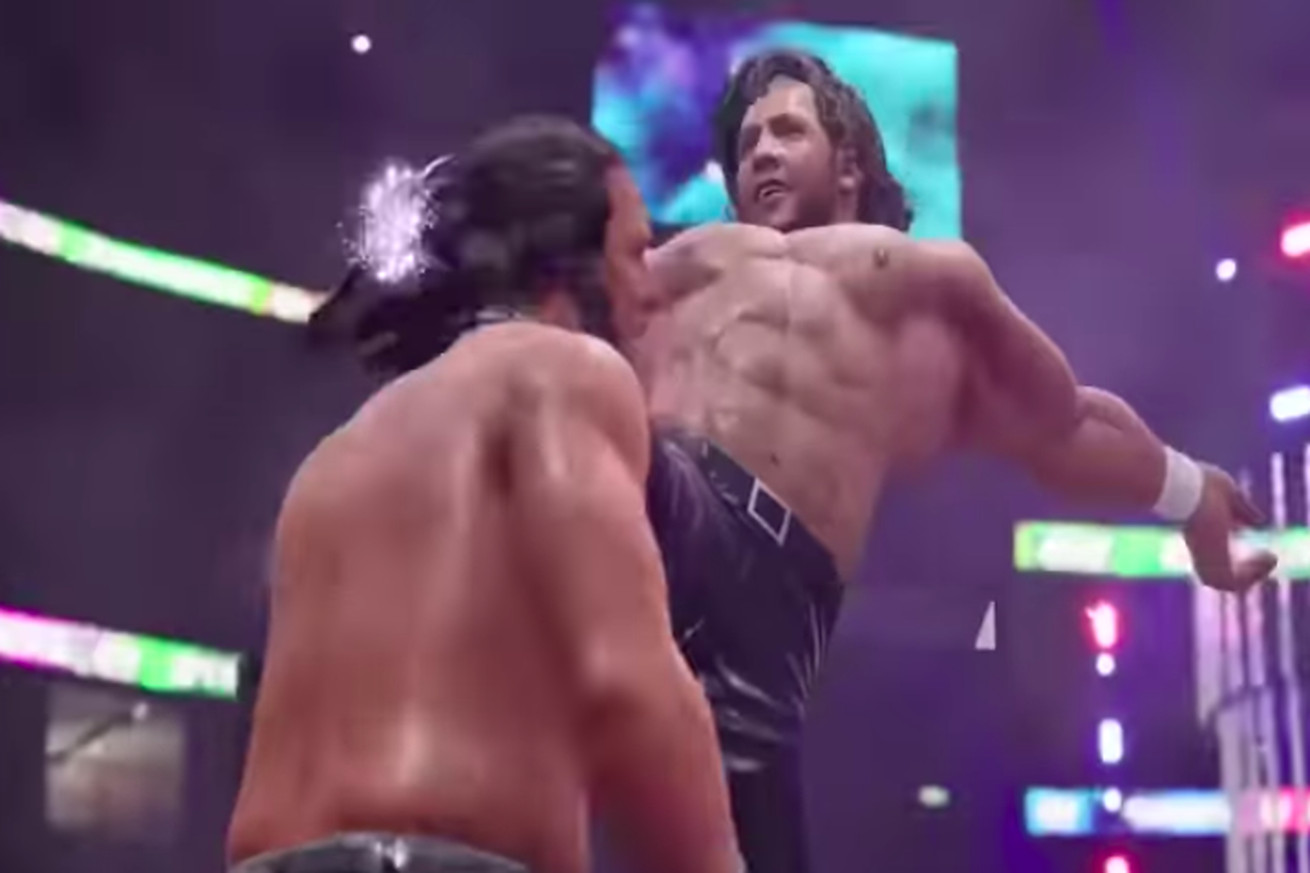 AEW’s new video game might be the wrestling games fans have been asking for decades.

All Elite Wrestling announced the launch of the video game studios on Tuesday night will a mock-Apple presentation that was utter perfection. But, that’s not really the story — the story is this, their new console game.

Graphics tend to be the thing everyone focuses on, and whether you like the style is really up to personal preference. However, the big thing here isn’t what the game looks like — it’s who’s making it.

Wrestling video game developer Yuke’s, who most recently worked on the WWE 2K games (up until 2019) is working on the AEW game, and it’s rumored they’re working the team from AKI, who were responsible for the legendary, beloved N64 titles — most important of which was WWF No Mercy.

No Mercy, released in 2000, was the pinnacle of wrestling video games on the N64. Building off Wrestlemania 2000, and the company’s two WCW titles (WCW vs. nWo: World Tour, and WCW vs. nWo: Revenge) it was the first wrestling game to blend arcade-style beat-em-up action, with deeper wrestling simulation. Where the game really shined though was its prolific roster and array of features, both of which caused my friends and I to play long, long into the night during high school. I have a deep affinity for the AKI wrestling games, and those who have experienced them know that which the WWF Smackdown series on the PlayStation always looked better, nothing played as well as the AKI games on the 64.

This marks the return of this style of wrestling game. For years fans have really only had the opportunity to play the WWE 2K series on consoles, though the Japanese-focused Fire Pro Wrestling World, released in 2017 offered a deeper style of gameplay, minus the AAA graphics.

No release date is currently scheduled for the AEW game, with work still being done in the pre-alpha stage, but for now I’m just hoping it can live up to its pedigree, and bring me back to the time where I’d play nothing but wrestling games.