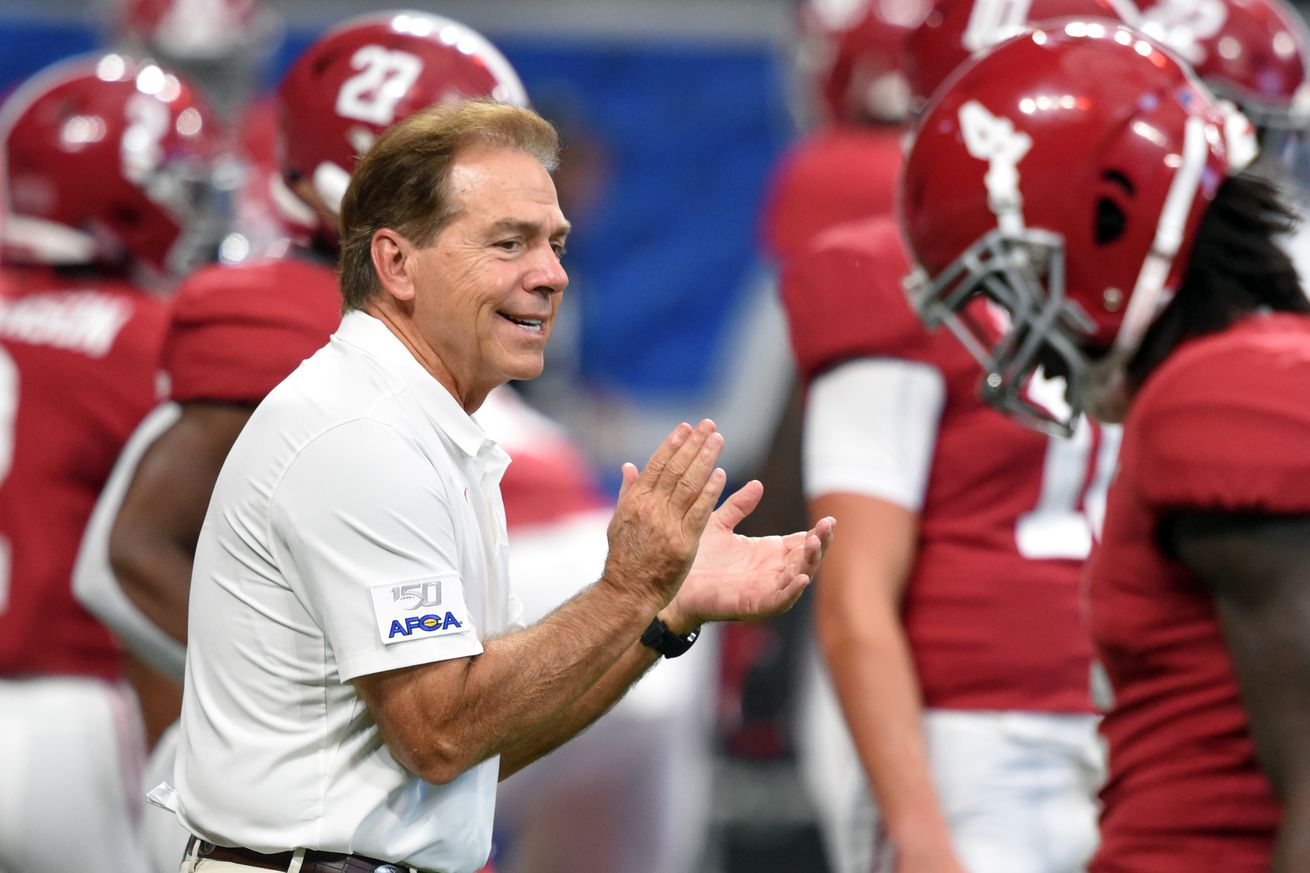 The Crimson Tide look to continue their SEC dominance with a win on Saturday as they face South Carolina with conference betting trends on their side.

The No. 2 Alabama Crimson Tide are 10-0 straight up and 6-3-1 against the spread in their last 10 games against SEC opponents. The Crimson Tide can extend that winning streak to 11 straight games with a win on Saturday on the road against the South Carolina Gamecocks.

Alabama is a 25-point road favorite on the college football odds in Columbia at sportsbooks monitored by OddsShark.com. These two teams have split the last six games between them at 3-3 SU and ATS apiece, but their last meeting came all the way back in 2010.

The Crimson Tide fell to 1-4 ATS over their last five games last week, but you can forgive Nick Saban’s crew for beating the New Mexico State Aggies by “only” 52 points in a 62-10 win as 55-point favorites.

Alabama hasn’t needed a full four-quarter effort in either of their first two games as the Crimson Tide were also easily able to shake off a slow start in a 42-3 win at home against Duke in Week 1. South Carolina on the road will be a step up in difficulty, but not one that the team is likely to be too concerned about.

In their last 17 games on the road, the Crimson Tide are 16-1 SU and 11-5-1 ATS per the OddsShark College Football Database.

South Carolina bounced back nicely from a 24-20 road loss as 12.5-point road favorites to North Carolina in Week 1 with a 72-10 win over Charleston Southern in Week 2. The Gamecocks went bowling last season after finishing the regular season with a 7-5 SU and ATS record; with the team’s next five games coming at home against Alabama, Kentucky and Florida and on the road against Missouri and Georgia, it’s going to be tough for the Gamecocks to get back to six wins in 2019.

Saturday’s total is set at 61.5 points. The OVER is 8-1 in Alabama’s last nine games played in the month of September.

The Crimson Tide’s path to an undefeated season in 2019 has a few potential road blocks in road games at Texas A&M and Auburn and a tough home game against LSU in November. The month of September basically shapes up as a warm up for the defending SEC champions, and this Saturday’s game is no exception.