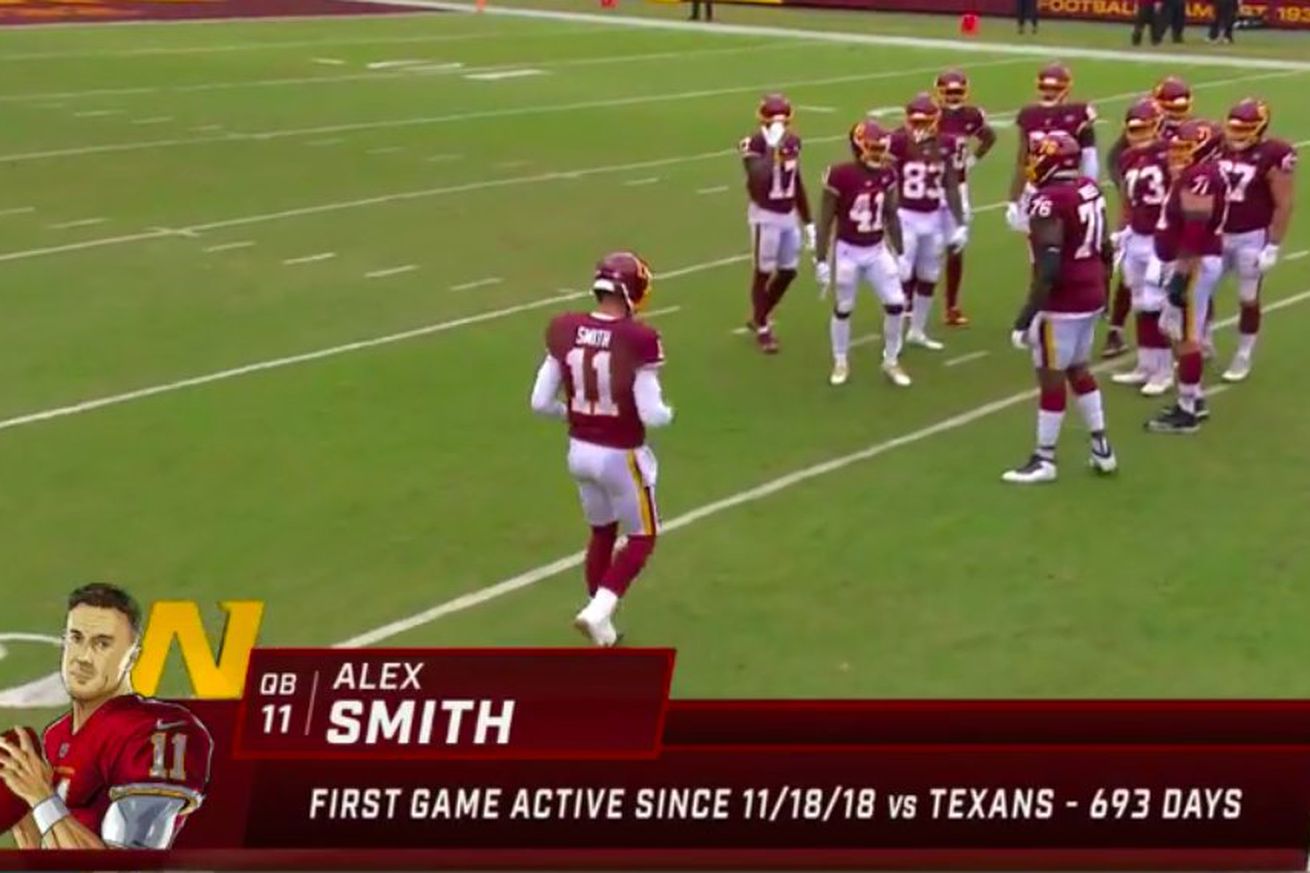 The veteran quarterback made his return to the field after suffering one of the worst injuries in NFL history less than two years ago.

Alex Smith suffered one of the most gruesome injuries in NFL history when he broke his tibia and fibula during a Nov. 2018 loss to the Houston Texans. Smith’s fracture would become infected, which had doctors seriously considering amputating his leg. Instead, Smith endured 17 surgeries and had to re-learned how to walk and run, all with the goal of getting back onto the field.

It’s finally happened. Smith replaced injured starter Kyle Allen for Washington in Week 5 against the Los Angeles Rams, creating a surreal moment for a player who at one point feared losing his life because of the injury.

Smith completed his first pass, and had his family there in the stands to cheer him on:

Alex Smith’s first pass since his injury with his family in attendance.

Smith’s return to the field is inspiring, but it’s also worrisome. Smith reportedly hadn’t even taken a hit in practice before he entered the game. Smith detailed the harrowing experience of facing the complications from his injury during an ESPN documentary that you can watch here. Smith said:

“I don’t remember much for a few weeks,” Smith said. “I had quite a few surgeries in a row. … [The] next thing I remember is waking up several weeks later faced with the decision of amputation or limb salvage at that point.”

After enduring such a terrifying injury, the hope around the league was that Smith could stay healthy and avoid another scary moment.

Smith is 36 years old now. Many players would have walked away from the sport after going through such a traumatic experience. Instead, Smith chose to fight his way back onto the field.

Washington head coach Ron Rivera reportedly is considering making Smith the full-time starter at some point this season. Washington benched opening day starter Dwayne Haskins in a confusing decision after last week. Haskins is now expected to be traded, making room for Allen and Smith in the QB room.

Let’s all hope this continues to be a story with a happy ending.