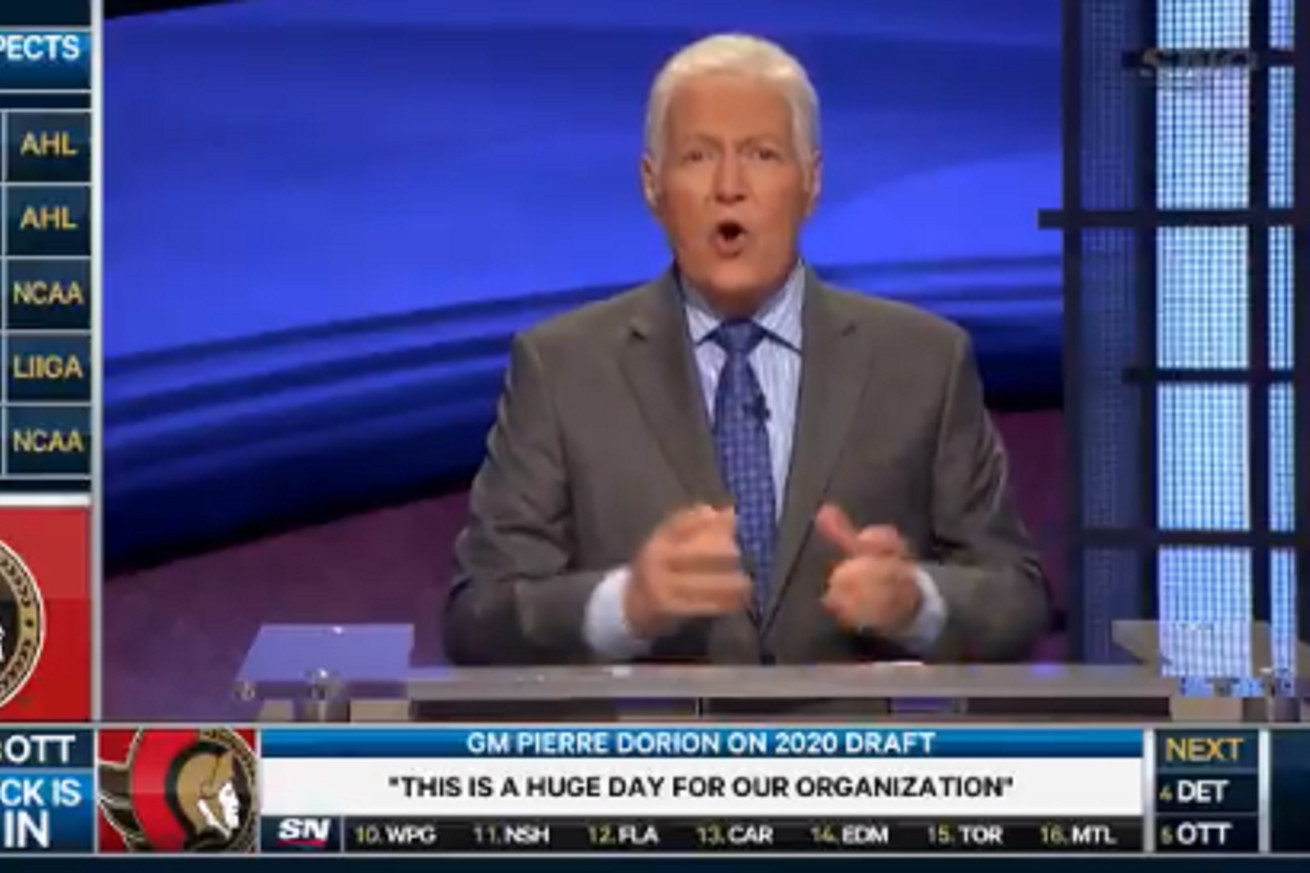 This is so awesome.

We’ve become accustomed to sports drafts operating a certain way, but the NHL and Ottawa Senators blew everyone away on Tuesday night by having the man, the myth, the legend Alex Trebek reveal their pick in the form of a question.

The Senators took German forward Tim Stützle with the 3rd pick in the draft, which wasn’t a huge surprise considering he was one of the top prospects, but nobody expected Trebek to make the announcement. Seriously, even if you’re not a Jeopardy! fan, and honestly I don’t know how many 18-year-old hockey players are, still you can appreciate being a part of history like this instead of some boring announcement by a dude in a suit.

Trebek took a break from his cancer treatment to ensure the pick was made special, and the Canadian game show legend didn’t disappoint with his perfect delivery of the announcement. Complete with the Jeopardy! music, it really is one of the moments nobody is every going to forget.

This is just wonderful.