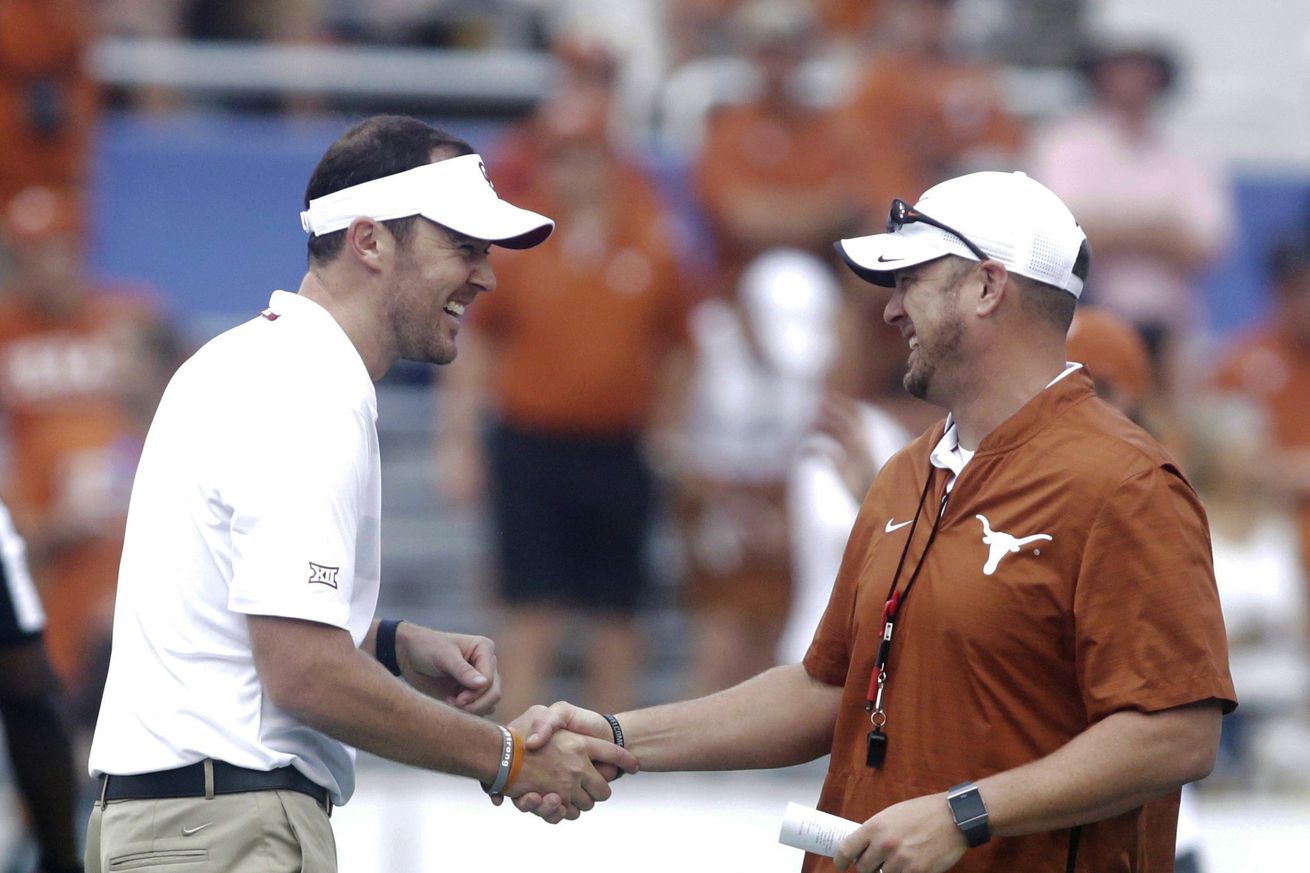 Here’s how the entire landscape stacks up, based purely on how interesting the divisions look.

Arkansas State is always a threat to be fun on offense, and Texas State should go from horrible to at least watchable under new coach Jake Spavital. But the three best teams in the conference these days are all in the East, and there’s nothing all that exciting here.

Buffalo’s ultra-fun, ultra-large QB Tyree Jackson going to the NFL makes the most fun team in the East less captivating entering the year. There’s not much to holler about in the West, either, but it’s worth following how NIU does without Rod Carey (now at Temple) and how ex-Florida coach Jim McElwain does with what’s been a horrible Central Michigan team.

The West had three of the worst five teams in the country in 2018, according to S&P+, in UTSA, UTEP, and Rice. The East has a few teams that were bad in 2018 but have, in theory, bigger upside: Charlotte (now under ex-Austin Peay coach Will Healy), FAU (under Lane Kiffin), Old Dominion (in the talented Tidewater region of Virginia), and WKU (which was great under Jeff Brohm, then terrible for two years under Mike Sanford). It wouldn’t be a shock if one or two of those four made a big leap forward in 2019.

Fresno State was — and should remain — the best team in the division. Elsewhere, at least Hawaii’s offense can be a lot of fun to watch.

Appalachian State and Troy have both been awesome. Will they keep being awesome under new coaches, and will Georgia Southern keep moving forward?

Dana Holgorsen’s at Houston now, and that’s interesting as hell. Memphis is a big wild card without running back Darrell Henderson (off to the NFL) and offensive coordinator Kenny Dillingham (to Auburn), but the Tigers are aggressively fun every year now. Tulane’s doing better than it has in years, and Navy and SMU should both be better than they were in 2018.

Two big questions in Los Angeles year: 1) Does Clay Helton get fired? (Probably.) 2) Does Chip Kelly’s UCLA make enough of a jump to be good and not just OK? (It could happen!) Plus, Khalil Tate’s playing his senior year at Arizona, and Colorado’s Mel Tucker hire was notable because the Buffs went against the current grain and hired a defensive guy. I’ve always thought Colorado’s a kind of attractive job. Maybe Tucker can run with it.

UCF, even on a one-game losing streak, is the gold standard of the Group of 5 until someone in the Group of 5 beats it. Plus: Does Cincinnati have staying power as a New Year’s Six bowl contender? Is Charlie Strong’s USF going to stop careening toward a cliff? Will Temple stay strong under its (approximately) 14th coach in the last five years? Will ECU recover from a bad Scottie Montgomery tenure and get good again under James Madison’s national championship coach, Mike Houston? Will UConn play well enough to make staying in FBS seem like a defensible idea?

Will Virginia Tech bounce back from a highly un-Virginia Tech 2018? Will Miami convert a golden start to the offseason into actual wins? Will Mack Brown do OK at UNC? Do Virginia and Pitt keep taking steps forward after making encouraging strides in a bad division?

Following the Coastal will be like taking your kids to a farm with the full knowledge that all the nice cows are about to be slaughtered and made into hamburgers for Clemson, but college football is not all about titles.

Utah State was 19th in S&P+. Boise State was 27th. That’s the most interesting two-team race atop a division anywhere in the non-power conferences. The Broncos’ opener in Jacksonville against Florida State is one of Week 1’s most eye-catching matchups, but the division probably comes down to Boise’s visit to Logan.

Nebraska finished the year on a 4-2 run and has a great sophomore QB for Scott Frost’s second year, to go along with a schedule that lines up favorably in odd-numbered years. (The Big Ten West’s likeliest contenders all visit Lincoln.) Until further notice, Wisconsin’s bad 2018 should be considered an aberration. Brohm stayed at Purdue, and Northwestern could always fall over ass-backwards into 10 wins and a division title again.

It’s probably Georgia’s division. But for a change, the Dawgs don’t feel inevitable, thanks to a mix of transfers and getting soundly beaten by both LSU and Texas. Florida had a strong first year under Dan Mullen, and this could make for a dramatic divisional race. And can Kentucky find some consistency after its best year since 1977?

Washington, Washington State, Stanford, and Oregon could all win this division without creating any big surprise. They could also all lose four games or more. In my household, we respect chaos, even when it just leads to a conference missing the Playoff again.

Is this the year Jim Harbaugh finally beats Ohio State?

I’m kidding, obviously. Of course it’s not. But the Buckeyes will have a first-year head coach in Ryan Day and, maybe, an eligible five-star transfer at QB. Penn State should be good, and Michigan should play a good first 11 games. The top of the East is still a wringer.

Alabama just lost a football game by 28 points, giving the Tide an air of vulnerability they almost never have. LSU and Texas A&M have recruited instant-impact 2019 classes, and Auburn perpetually lurks as either a title contender or a 6-6 team.

These are the two likeliest outcomes:

The first: Jalen Hurts leads Oklahoma to its fifth conference championship in a row, quite possibly setting up a zesty meeting with his old Alabama teammates in the Playoff.

Either way, it’ll be a rip-roaring good time.