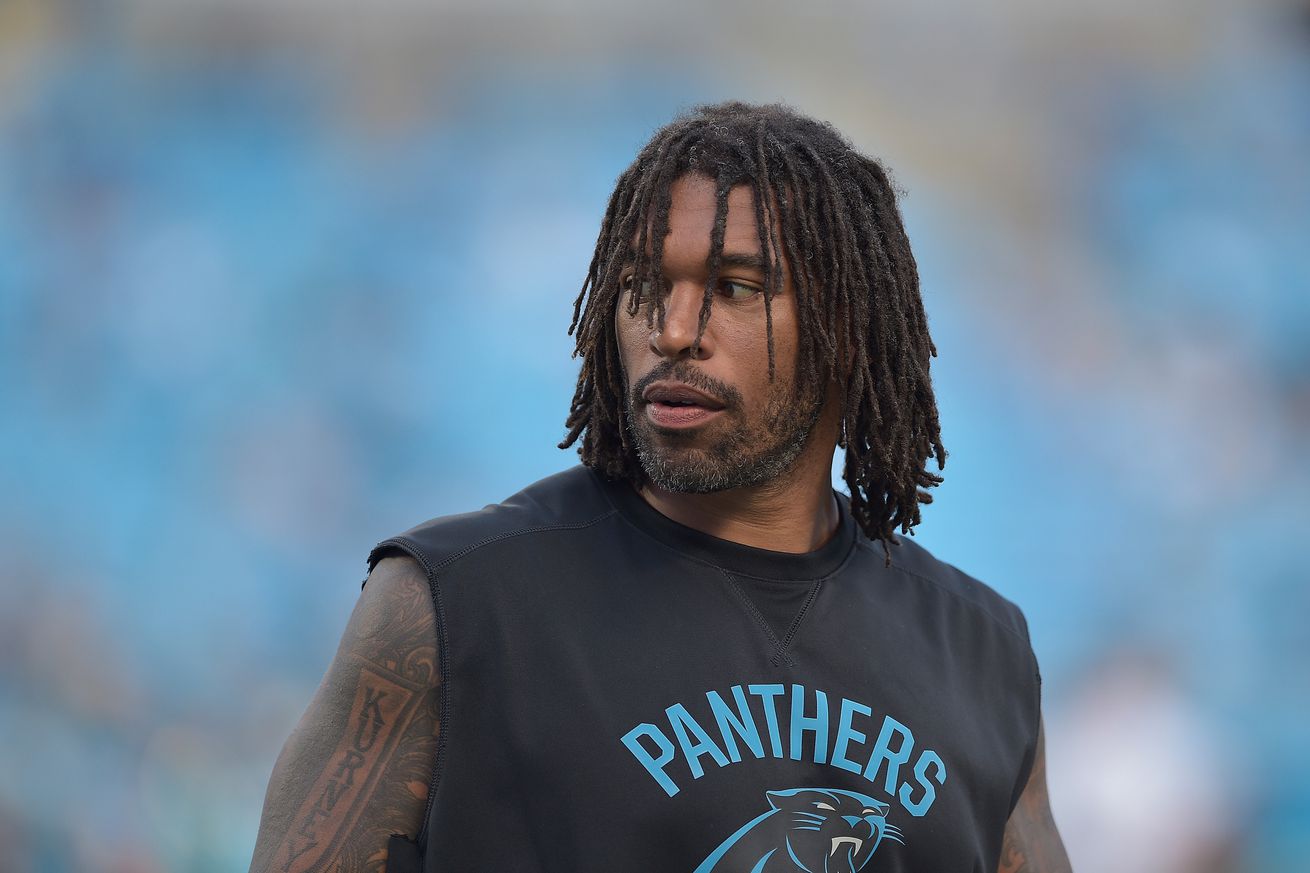 The Carolina sports icon is walking away after 17 seasons and 159.5 career sacks.

Julius Peppers retired from the NFL on Friday in the midst of Super Bowl week. It was done without fanfare, announced through a simple, earnest video on the Panthers’ Twitter feed, left to sit in the shadow of the league’s brightest event — which is perfect if you know anything about Julius Peppers.

Peppers’ legacy is complicated. Not based on his NFL resume, which will surely lead to his place in Canton — but what he meant to fans. In many ways, Peppers was the Panthers’ first bonafide superstar. Kevin Greene and Reggie White put on the team’s jersey, but they were rentals, signed to achieve the goal of early success but always known to be fleeting.

Peppers, on the other hand, was the kind of player fans of the franchise aways dreamed of. An athletic marvel, violent on the field and quiet off it, the legend of Julius Peppers trebled thanks to being a North Carolina local, paired with his basketball prowess at Chapel Hill —there couldn’t have been a more perfect player for the Panthers of the early-2000s.

This manifested itself as Peppers became the first must-own jersey for Panthers fans. Everywhere you went there would be a No. 90. Every year in Madden he was one of the highest-rated players, and all this was eclipsed by his performance on the field which helped lead the Panthers to a Super Bowl in 2004 as he wracked up 53.5 sacks in his first five seasons with the team.

For the first time fans felt like they had their lifer. Then he left.

Fans react in funny ways when a beloved player leaves. When Peppers signed with Chicago it wasn’t so much that fans were angry, they were just gobsmacked — devastated by the news that he was leaving. Any anger came from the belief that Peppers felt as if Charlotte wasn’t good enough, and that he wanted to be in a bigger market.

Peppers never stopped being incredible. Every year he’d wrack up seven-plus sacks and make it look effortless. He transitioned to a 3-4 defense in Green Bay, when people assumed he was washed up, and still went on to have a 10.5 sack season in 2015 and make a Pro Bowl.

When Peppers returned to Carolina in 2017 it was as if he never left. Fans fell back in love with their homegrown star as quickly as they were devastated he left. At a time the Panthers were in dire need of a defensive end he was there, and became a pillar of the community during a difficult time with hurricane-related floods and hardship in the region.

Julius Peppers is perhaps the quietest guy who will ever enter Canton. He kept his noise to the field, and it’s for that reason it surprised people when they hear he’s fourth all-time in sacks in the NFL, or that he was only the second player in NFL history to record 50 forced fumbles. The numbers are mind boggling, and in the end he left the game with a grace and quiet contemplation he was always know for in Carolina.

It’s a tough day for fans of the Panthers, as they remember Peppers’ legacy and impact on the game — but in the end he became the lifer they always wanted.

Julius Peppers has something to say… pic.twitter.com/VKGjFmlWum