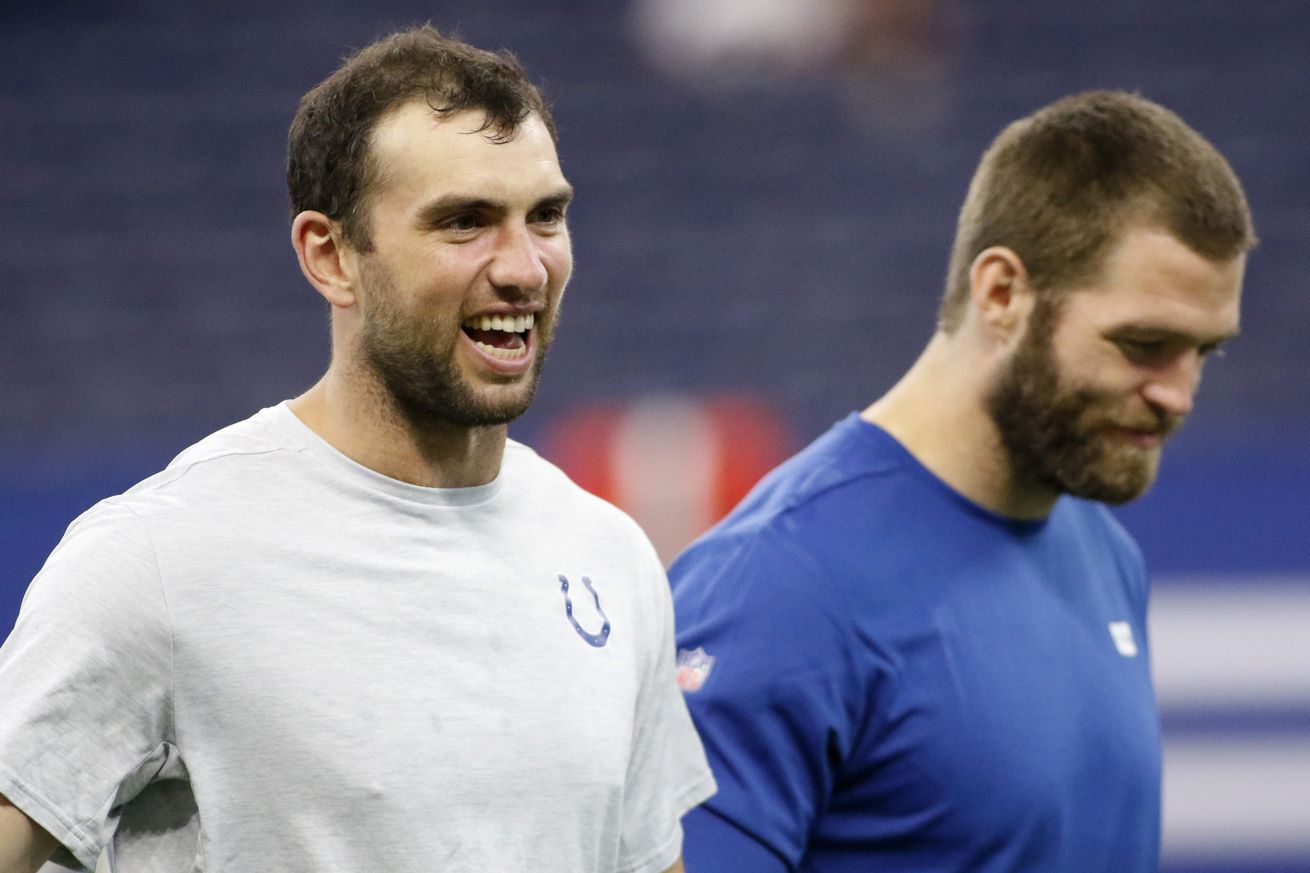 One of the league’s best quarterbacks is walking away from the game at 29 years old.

Andrew Luck had yet to play in the 2019 NFL preseason due to a lower leg injury. Now it looks like he won’t take the field at all this fall — or in the future.

ESPN’s Adam Schefter reported Saturday night that Luck had informed the Colts he will retire rather than play this season. The 29-year-old would leave behind a seven-year NFL career that saw him named to the Pro Bowl four times. He led Indianapolis to the playoffs in all four of the seasons in which he played a full 16-game slate.

The news of Luck’s retirement is a shocker. Colts fans caught wind of his impending announcement and voiced their displeasure with the decision during Saturday night’s preseason game against the Bears. Luck took to the podium at the Colts’ post-game press conference to officially announce his retirement shortly after the news broke.

Andrew Luck announces his retirement from the @NFL. https://t.co/PK9ADYBuOX

He leaves behind a league where Tom Brady is still going strong at age 42 and Russell Wilson aims to play until he’s 45. But Luck also dealt with several serious injuries over an impressive career, including a shoulder malady that kept him from the field through the entire 2017 season. While he came back from that lost campaign to earn Comeback Player of the Year honors last winter, he decided to leave the game behind before it can rob him of any more of his health.

Luck thrived despite a mostly underwhelming cast of receivers

First things first: if this is what makes Andrew Luck happy, then it’s a good thing. He knows firsthand the extra mileage a decade-plus of high-level football (at Stanford and Indianapolis) has put on his body. If his decision is based on being mobile, active, and happy as he grows older, then good for him.

Rather than work through a calf injury that evolved into a high-ankle injury and deal with a full season of pain management, he leaves the NFL as one of its greatest “what if” scenarios. Luck’s return to the lineup saw him throw for 4,593 yards while completing 67 percent of his passes and finding the end zone 39 times. In terms of both quarterback rating and QBR it was his best season as a pro.

More importantly, he did that with a lineup of receivers whose only household name was T.Y. Hilton. Luck’s guidance elevated players like Chester Rogers, Donte Moncrief, and a 34-year-old Andre Johnson into useful WR2s. Tight end Eric Ebron realized his potential with a 13 touchdown performance in his first year with the club in 2018. He’d caught 11 touchdowns in the four seasons that preceded it. Luck was good, but his greatest skill was making everyone else around him better.

So how are the Colts going to replace that?

This sucks, sucks, suuuuuucks for the Colts

Luck’s abrupt departure makes Jacoby Brissett the team’s starting quarterback for the upcoming season. We saw how this turned out in 2017, where he went just 4-11 as the team’s starter.

Brissett was thrown into the fire as a second year quarterback that fall, taking the reins as the club’s starter just 15 days after being traded from New England to serve as Luck’s insurance policy. The Colts’ offensive line did him few favors that fall; he was sacked a league high 52 times and rarely had the opportunity to plant his feet and make plays downfield. That 2017 roster had little star power behind Hilton and its injured Pro Bowl quarterback.

The good news for Indianapolis is that Brissett should be better in 2019. His offense line got two major upgrades in 2018 thanks to All-Pro Quenton Nelson (left guard) and upper-tier starter Braden Smith (right tackle), both of whom were rookies last fall. Those two foundational pieces will clear space for a much better tailback attack as well. In 2017, Brissett relied on a 34-year-old Frank Gore (3.7 yards per carry) and a rookie Marlon Mack (3.8).

This fall he’ll have a third-year Mack — coming off a 908-yard 2018 where he averaged 4.7 yards per carry — along with the uber-efficient Jordan Wilkins and pass-catching chain-mover Nyheim Hines. That trio will provide plenty of yard-gaining support, both on the ground and in wheel routes, screens, and even lined up into the slot. Throw in a still-good Hilton, a leveled-up Ebron, plus whatever the club can get from free agent Devin Funchess and rookie Parris Campbell, and there’s reason to be optimistic about a stronger performance from Brissett.

There are only a handful of quarterbacks who wouldn’t be a downgrade from Andrew Luck. Brissett isn’t one of them. Let’s say he improves marginally thanks to the improvements general manager Chris Ballard has made the past two seasons. Based on that 2017 performance, he’d throw for something like 3,500 yards and 20 touchdowns with a QB rating somewhere around the 88-92 range. That’s better, sure — but it’s still roughly what you’d get from a Jameis Winston or Andy Dalton type player.

Indianapolis can win with a passer of that caliber piloting the offense, but its ceiling just went from AFC title contender to one of the 7-7 teams working to find a backdoor Wild Card spot. Luck’s retirement shifts so much of the focus of the team’s 2019 on its defense. Darius Leonard was a revelation after joining the team as a second-round pick last spring. Now he has to lead his unit on a superhuman effort to keep the Colts together without their QB1.

It’s possible to be happy for Luck finding peace while simultaneously cursing the football gods for the impact his decision will have on the team. That’s where I imagine some Colts fans are right now.

Luck is leaving the game that dominated his life behind, calling it a career right at the time he should have been finding his peak. With injuries having taken their toll on his body and the rigors of rehab and NFL obligations weighing on his mind, he decided to play it safe and end his football career. He leaves a resume that includes four Pro Bowl appearances, a couple of collegiate All-American nods, and $97 million in contract earnings.

That’s the right decision for him, and no doubt one he didn’t take lightly. It’s also a brutal one for Indianapolis. Luck, for eight years, was the worthy heir to Peyton Manning — another quarterback who instantly pushed the Colts to relevance and served as his team’s heart and soul. Now, he’s hung up his helmet in search of a break from the grind of the gridiron and the peace of a less stressful life.

Back in early 2018, after general manager Chris Ballard saw his would-be coach Josh McDaniels renege on a contract and remain in New England at the Patriots’ offensive coordinator, he told the press the Pats-Colts rivalry was “back on.”

Without Luck, it might be time to flip that switch back down for the immediate future.