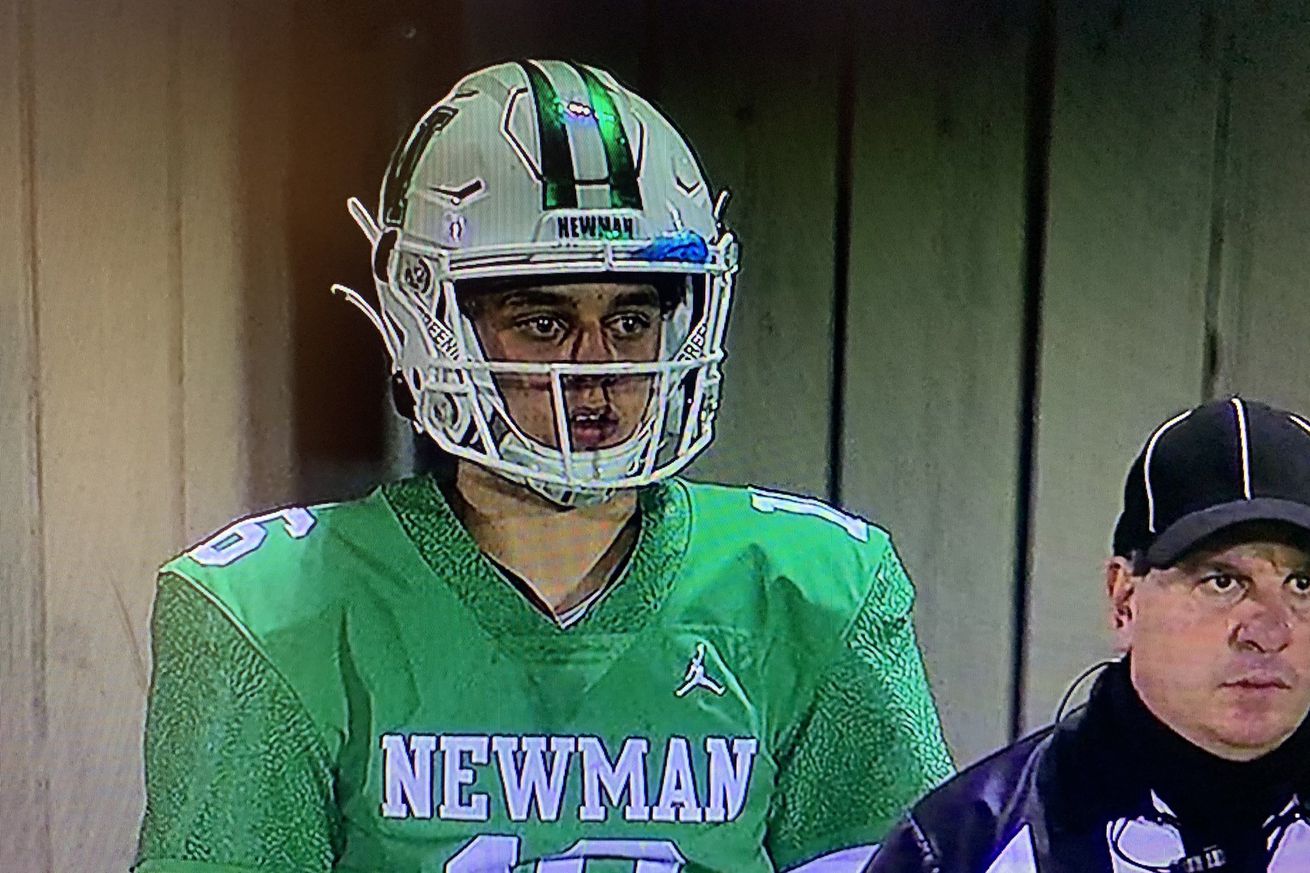 The high school sophomore quarterback has the game to live up to his famous name.

Arch Manning mania has officially arrived. The 15-year-old quarterback is about to become the most hyped high school football player of his generation — not just because of his famous last name, but because he actually appears to have the talent to live up to it.

Manning would be football royalty on bloodlines alone. He’s the grandson of former New Orleans Saints quarterback Archie Manning, and the nephew of NFL legends Peyton and Eli Manning. Arch is being hailed as the top quarterback prospect in the 2023 high school class, and is already setting off a wild recruiting battle that expected to involve all of college football’s heavy hitters.

Manning led New Orleans’ Isidore Newman School to a 55-22 victory over KIPP Booker T. Washington in the third game of his sophomore season on Thursday night on ESPN. Manning finished the night 21-of-27 for 241 yards, two passing touchdowns, and two interceptions. He also rushed for two more touchdowns.

Manning’s strong performance in his national TV debut is only going to continue to fuel interest in his future. This is everything you need to know about Arch Manning.

Who is Arch Manning’s dad?

Arch Manning’s dad is Cooper Manning. Cooper is the the oldest son of Archie Manning, and a big brother to Peyton and Eli Manning, who are Arch’s uncles.

Cooper Manning was an All-State high school wide receiver at Newman who was forced to retire from the sport after being diagnosed with spinal stenosis (the narrowing of the spinal canal) at just 18 years old. Cooper Manning was committed to play college football at Ole Miss at the time.

Where does Arch Manning go to school?

Manning goes to Isidore Newman School, a private school in New Orleans where his father and two uncles also played. The Mannings aren’t the only NFL superstars the high school has produced: Odell Beckham Jr. graduated from Newman in 2011.

How good is Arch Manning?

While Peyton and Eli Manning each had to wait until they were sophomores to takeover as starting quarterback at Newman, Manning started from the beginning of his freshman season. Manning finished the year with 2,438 yards, 34 touchdowns, and only six interceptions.

Manning passed for 463 yards and six touchdowns in the first two games to start his sophomore season. He still had to prove himself against KIPP Booker T. Washington after throwing four interceptions against the school as a freshman. Manning didn’t play a perfect game against Washington as a sophomore on Thursday, but he had several flashes of brilliance that will only get more people excited about the type of quarterback he could one day become.

Arch Manning, nephew of Peyton and Eli, is 6/6 in passing so far tonight ♨️ pic.twitter.com/uMaxnpVajf

On a third-and-five play in the fourth quarter, Manning avoided a pass rusher and tossed the ball downfield for a big completion. No, this wasn’t a helmet catch, but it sure looked like something one of his famous uncles would do.

Arch Manning scrambles and lobs it up on 3rd and 5 pic.twitter.com/cp0x1VOh1k

Here’s a look at Manning’s first touchdown of the night, a nice toss to wide receiver recruit A.J. Johnson. Johnson is considered one of the top wide receiver prospects in the junior class.

Manning is deemed a ‘pro-style’ quarterback recruit by 247 Sports, but he showed impressive ability on the move at times during his team’s victory on ESPN. This was a beautiful throw on a rollout to avoid the pass rush.

Can I get an Arch Manning Jersey? How does that work? pic.twitter.com/LOuMu5cl1N

Arch Manning’s college offers are just starting to roll in

Manning reportedly didn’t accept scholarship offers during his freshman season. That has changed as a sophomore. Manning has nine scholarship offers according to Rivals, including Alabama, LSU, Georgia, and the alma mater of his uncle Eli and grandfather Archie — Ole Miss.

Can I watch Arch Manning highlights?

Here are Manning’s highlights from early in his sophomore season:

Can I see an Arch Manning interception?

Here’s one of his two interceptions against KIPP Booker T. Washington in the third game of his sophomore season:

Arch Manning pulled an Eli and threw into triple coverage for an interception pic.twitter.com/xZKOoMP9u8

Who is Keith Hampton, the player who keeps intercepting Arch Manning?

Manning has thrown just eight inceptions in his high school career through the start of his sophomore season. What’s wild is Booker T. Washington defensive back Keith Hampton has five of them. Hampton intercepted Manning three times during his freshman season, and added two more picks on Thursday, including a 75-yard inteception returned for a touchdown.

When can Arch Manning enter the NFL draft?

The earliest Arch Manning could enter the NFL draft is 2026.

It’s far to soon to say that Arch could one day follow a similar trajectory to the NFL, but the fact that he’s already so accomplished as a 15-year-old is a great sign for his future.