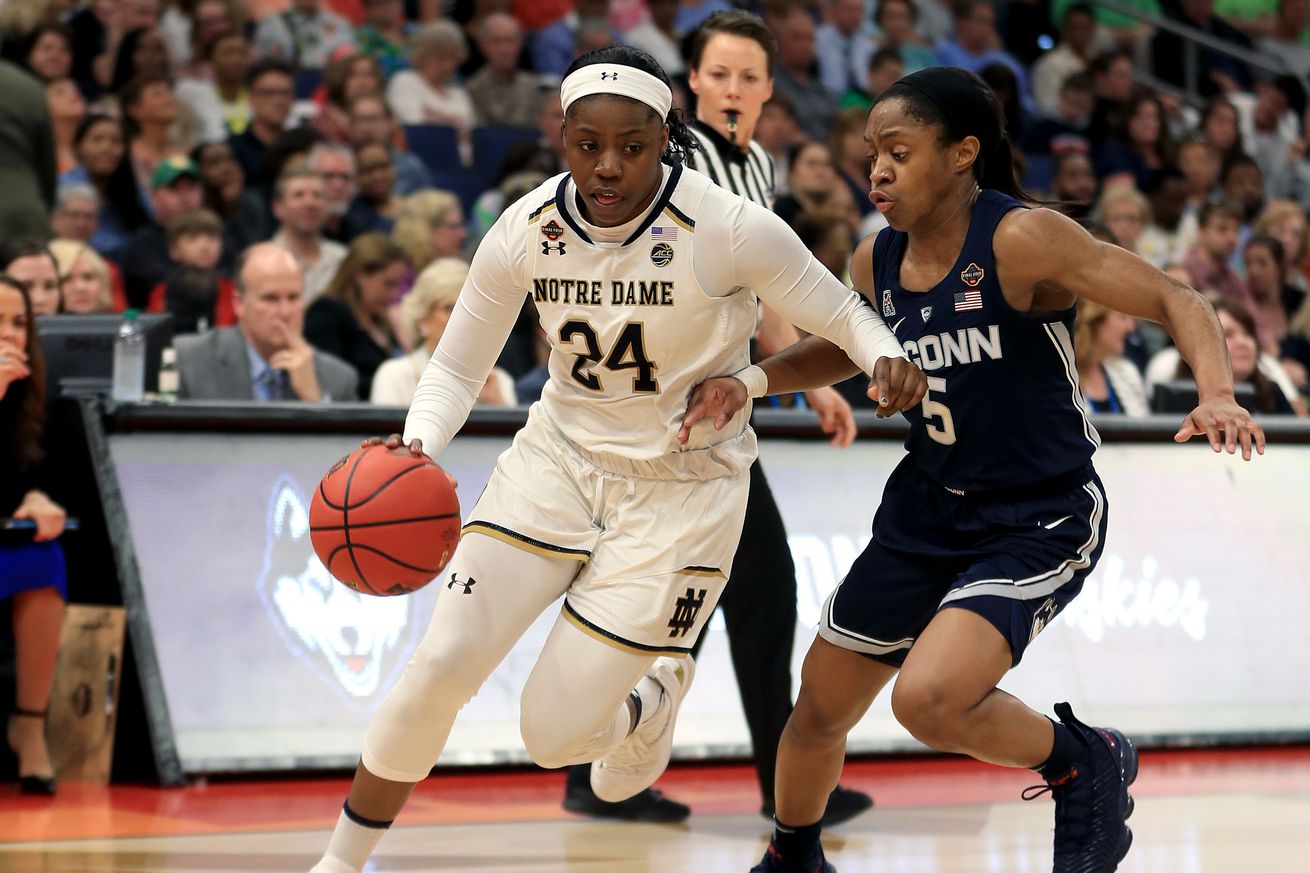 THIS IS WHAT SHE DOES.

In a neck-and-neck game between No. 1 seed Notre Dame and No. 2 seed Connecticut, who else would show up to take over the second half game? Arike Ogunbowale, the 2018 NCAA tournament hero who hit the game-winning shot to beat UConn in the Final Four and then Mississippi State in the championship game, went off, of course.

Ogunbowale had all of two first-half points, then scored 21 in the final 20 minutes to hold off Napheesa Collier, Katie Lou Samuelson and the Huskies in an 81-76 win.

This is what she does. This is when she shines.

In the clutch, she found her stroke. She scored 14 points in the final quarter, including a pair of threes, a clutch baseline jumper and the go-ahead free throws that kept the Notre Dame Irish marching to the championship. She finished with 23 points on 7-of-18 shooting and six rebounds.

When Arike hit THIS three, we knew she was heating up:

When she hit THIS jumper off an inbounds throw-in, we knew she’d be ready if the game went to the final buzzer:

Then at the free throw line, she pulled through. She sunk four 4-of-4 in the final minute:

Best of luck to the Baylor Bears in trying to stop the Arike Show. It usually doesn’t end until she says so.