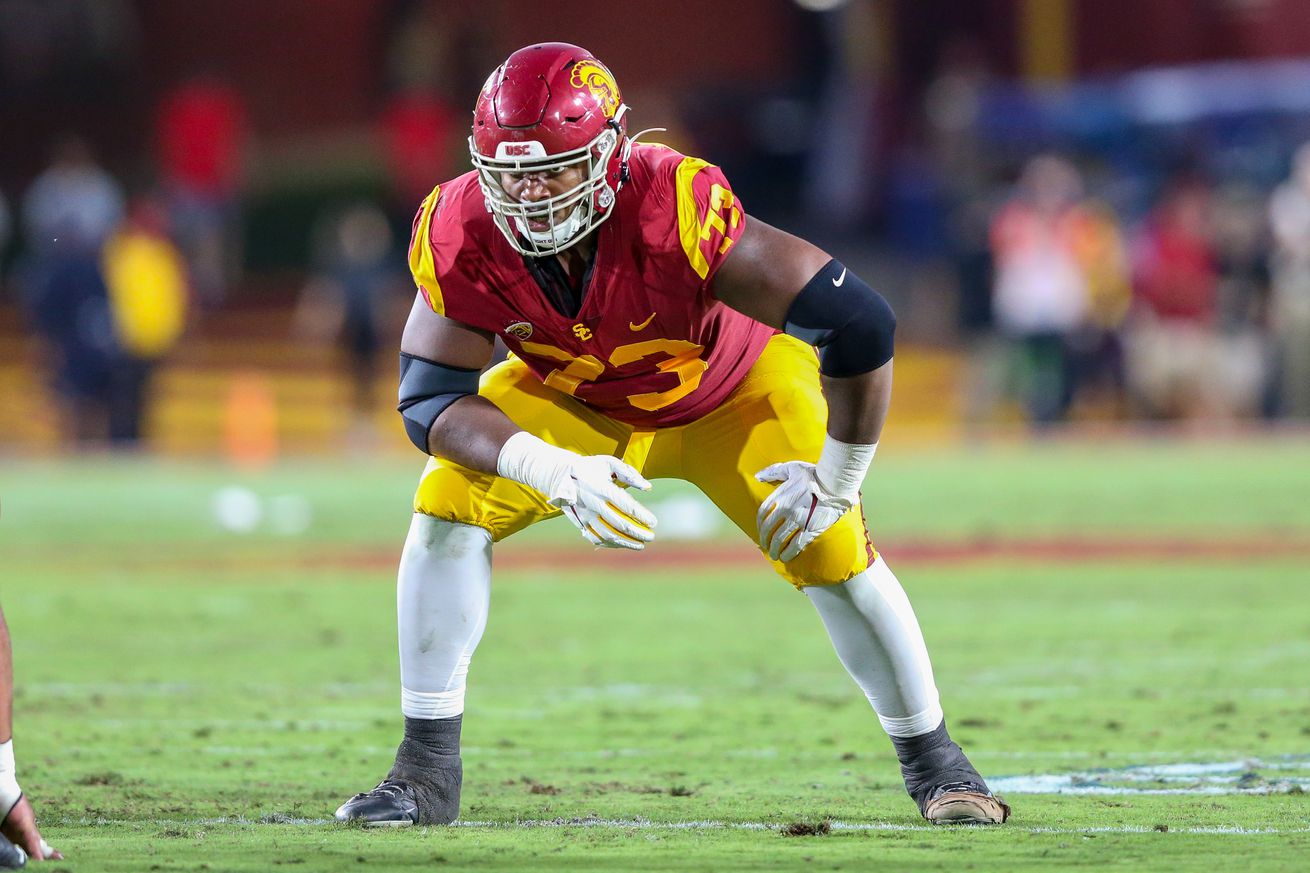 Austin Jackson told ESPN in 2019 that family comes before football. That’s why the Dolphins’ first-round pick said he didn’t think twice to put his professional football dreams on hold to help his sister.

Autumn, who’s just a year and half younger than her brother, suffers from Diamond-Blackfan anemia. It’s a rare genetic disorder that causes her bone marrow to not produce an adequate amount of red blood cells. After years of relying on blood transfusions, Autumn needed a bone marrow transplant. Her brother was a perfect match.

“It was a godsend,” Jackson told the Los Angeles Times. “There are 12 criteria through blood that you match. I matched all 12.”

So instead of prepping for his junior season at USC, Jackson spent most of last summer away from his teammates. He trained on his own in Arizona to avoid a risk of infection before having bone marrow extracted from three points in his hip in July.

Less than a month later, he was back on the practice field in Los Angeles.

Meanwhile, Autumn made tremendous progress in the weeks following the bone marrow transplant.

“She’s been doing great since the procedure,” Jackson told NFL Network in March. “I think she’s glad to have that relief and freedom from the hospital. She’s full of energy and has a whole new outlook. I think she’s really excited to be cleared so she can live her life.”

Jackson didn’t care if his football career was put at risk by the decision. Less than a year later, it appears it didn’t make much of a dent.

Despite not being fully cleared to lift weights until five weeks into the season, Jackson managed to play the entire 2019 season for the Trojans. While he told NFL.com he didn’t feel like himself until mid-October, he still earned first-team All-Pac-12 honors.

Now Jackson has a great chance at landing in the first round of the 2020 NFL Draft.

Jackson is raw with huge potential, but needs work

At 6’5, 322 pounds, Jackson fits the profile of a prototypical NFL left tackle.

He’s plenty athletic too. Jackson was one of the top performers at the NFL Combine with a 5.07-second 40-yard dash, a 31-inch vertical, and a 115-inch broad jump. All of those numbers are in at least the 84th percentile among offensive linemen since 1999. He even used those abilities to block two field goals in college.

And he’s still just 20 years old. Jackson’s 21st birthday is a few weeks after the 2020 NFL Draft, leaving plenty of reason to think he’ll continue to grow into his size and athleticism.

That’s good, because he’s far from a complete work. Even though he earned all-conference honors in 2019, Jackson graded as Pro Football Focus’ 31st-best offensive tackle in FBS. That was way behind other potential first-round offensive linemen like Georgia’s Andrew Thomas, Iowa’s Tristan Wirfs, and Alabama’s Jedrick Wills.

Jackson’s inconsistent footwork and hand placement were exploited at times during his two years as USC’s starting left tackle.

Keep in mind, though, that was one of just four sacks allowed by Jackson during his junior season. For the majority of the year, he was a reliable left tackle for the Trojans. The extraordinary set of challenging circumstances he faced in the offseason have to be considered when watching his play as well.

“Jackson never quite achieved on the field what many expected of him, but he still has a ton of potential,” SB Nation draft expert Dan Kadar said. “Jackson gets a lot of acclaim because he moves so smoothly for an offensive tackle. At 6’5 and 320 pounds, Jackson is light on his feet to meet defenders at the edge with ease. He’s a natural bender, and he doesn’t look awkward or stiff when he’s in his pass set. He also handles counters well for a player who is not even 21 yet.

“But sometimes that age shows up in his play. Specifically, Jackson’s hand technique is inconsistent and he’ll have to add on some power in the NFL. But the pieces are there for him to be a long-term starter as a left tackle.”

Jackson hasn’t come close to reaching his ceiling yet. Miami will cross its fingers he actually gets there. Either way, Jackson has already proven he has as much character and resolve as any 2020 NFL Draft prospect.