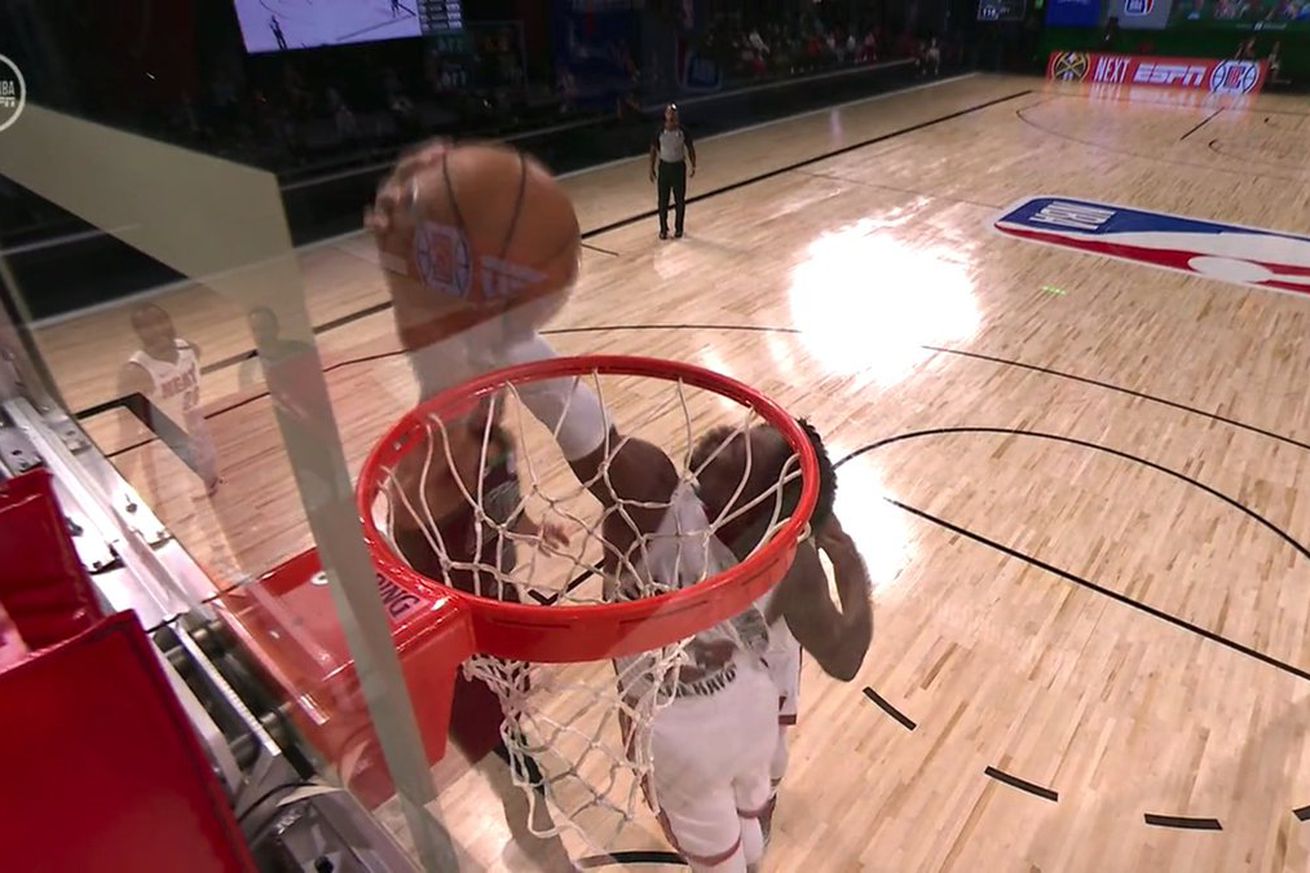 Bam Adebayo stuffed Jayson Tatum’s dunk to save the day for the Heat.

The Miami Heat led the Boston Celtics by two points in the final seconds of overtime in Game 1 of the Eastern Conference Finals. The Heat had just surged ahead on tough layup by Jimmy Butler, and needed one stop to secure the win.

Bam Adebayo got it for them.

Adebayo blocked a dunk attempt by Boston’s Jayson Tatum in the final seconds to give the Heat a 117-114 victory in the series opener. Here’s a look at Adebayo’s block.

Tatum looked like he had a clear path the rim before Adebayo erased the shot. It was a courageous attempt by the Heat center knowing a foul would have led to two free throws to tie the game. Instead, Bam blocked it clean, and the Heat took Game 1.

Adebayo became an All-Star for the first time this season during a breakout third year as a pro. He’s proving himself to be nothing less than one of the best big men in the entire league already at just 23 years old. Not bad for the former No. 14 overall pick in the 2017 NBA Draft.

Adebayo showed off the full totality of his skill set in Game 1. He finished with 18 points, nine assists, six rebounds, and two blocks. It was his last swat that was the biggest play of the night.