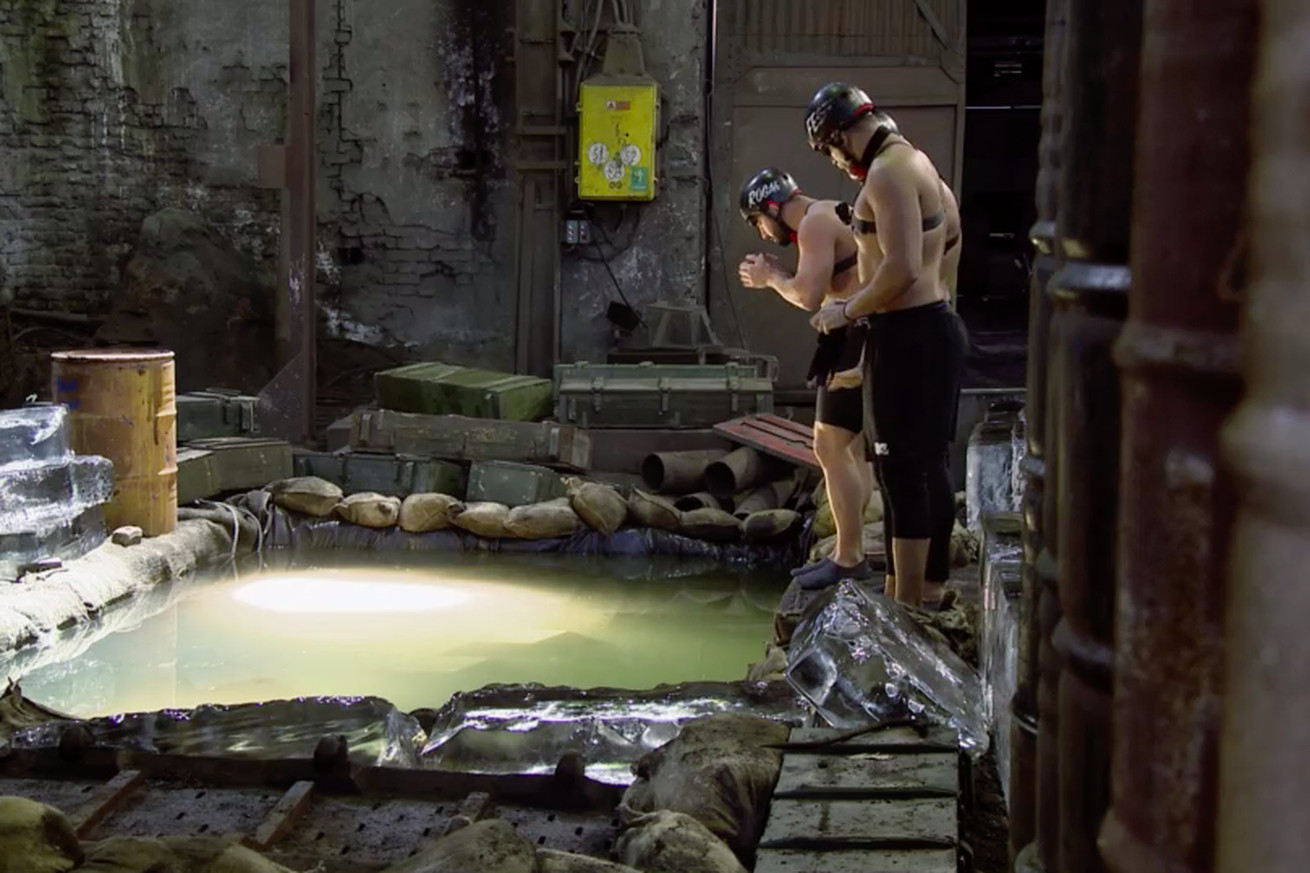 Who sprays people with a fire extinguisher?

It’s a remarkable display of restraint that no one has punched Bear in the face during this season of The Challenge: Total Madness. I say this with the utmost respect: Bear is a total asshole. He’s loud, he’s brash, he’s abrasive, and he’s annoying. He’s also the perfect competitor for this type of entertainment.

Bear, from the United Kingdom, first joined the Challenge family for War of the Worlds and War of the Worlds 2. He was just as annoying then, fancying himself a ladies man based on how consistently he gets women on the show to fall for him.

This season, he’s got his sights set on Kailah, as evidenced by his attempt to impress her by … taking a giant fire extinguisher to a room full of competitors.

Unsurprisingly, a lot of the people who got sprayed were not particularly stoked. Ashley was particularly peeved, spitting on Bear (How does that not get you kicked out of the house?), ending her short-lived alliance with Mattie, and basically securing her spot in the elimination (which she lost, LOL).

I just want to know which poor support staffer had to clean this up:

We got ourselves another twist this week when challengers were split into groups of five and TJ announces that ALL of the winning team members will make up this week’s Tribunal.

Three members from each team had to get in a freezing cold pool and release puzzle pieces fastened to the bottom of it with carabiners (the ultimate goal being to put the puzzle together when they finish). The remaining team members served as “ice breakers” to make their opponents’ water even colder. I don’t know if you’ve ever been in unbelievably cold water, but it’s a very unpleasant experience. You shake uncontrollably and it’s nearly impossible to take a deep breath.

Nelson, Kailah, and Dee have to be told by TJ that they’re done (Nelson ends up going to a hospital). Corey and Kyle quit. It’s a mess. Johnny Bananas’ squad ends up using the best strategy (unhook the puzzle pieces and let them float so you can un-carabiner the pieces while you can still feel your hands), and absolutely crushes it.

It’s time to start talking about Jordan’s haircut. Was a bowl involved? Why the pirate goatee? Why does every shirt he owns have holes in it? I NEED ANSWERS.

HELL YES, BIG T. Tula “Big T.” Fazakerley is in her second season of The Challenge after being on some show called Shipwrecked (who knows?). We didn’t get to know the Londoner at all on The Challenge: War of the Worlds 2 because she went home after the first female elimination.

Now that we’ve gotten a taste, I think we all need a little more Big T. in our lives. She was part of this week’s Tribunal and started getting advice from Bananas after he took her under his peel wing. Getting strategy tips from Bananas is risky seeing as just about everyone hates him, but there is no denying his game.

Big T. is starting to find her voice — she smartly made deals with the “unholy trinity” of Kailah, Nany, and Jenna this week — and all of this makes me very happy.

Adding a new section this week so we can keep track of who’s eligible to run the final. Dee went into Purgatory, voted in by the Tribunal. Thanks to Wes’s knowledge of previous seasons of The Challenge, Dee was able to get a narrow win over Ashley and secure a Red Skull. She and Jenny are the only female competitors with Red Skulls. Jay is the only male competitor.