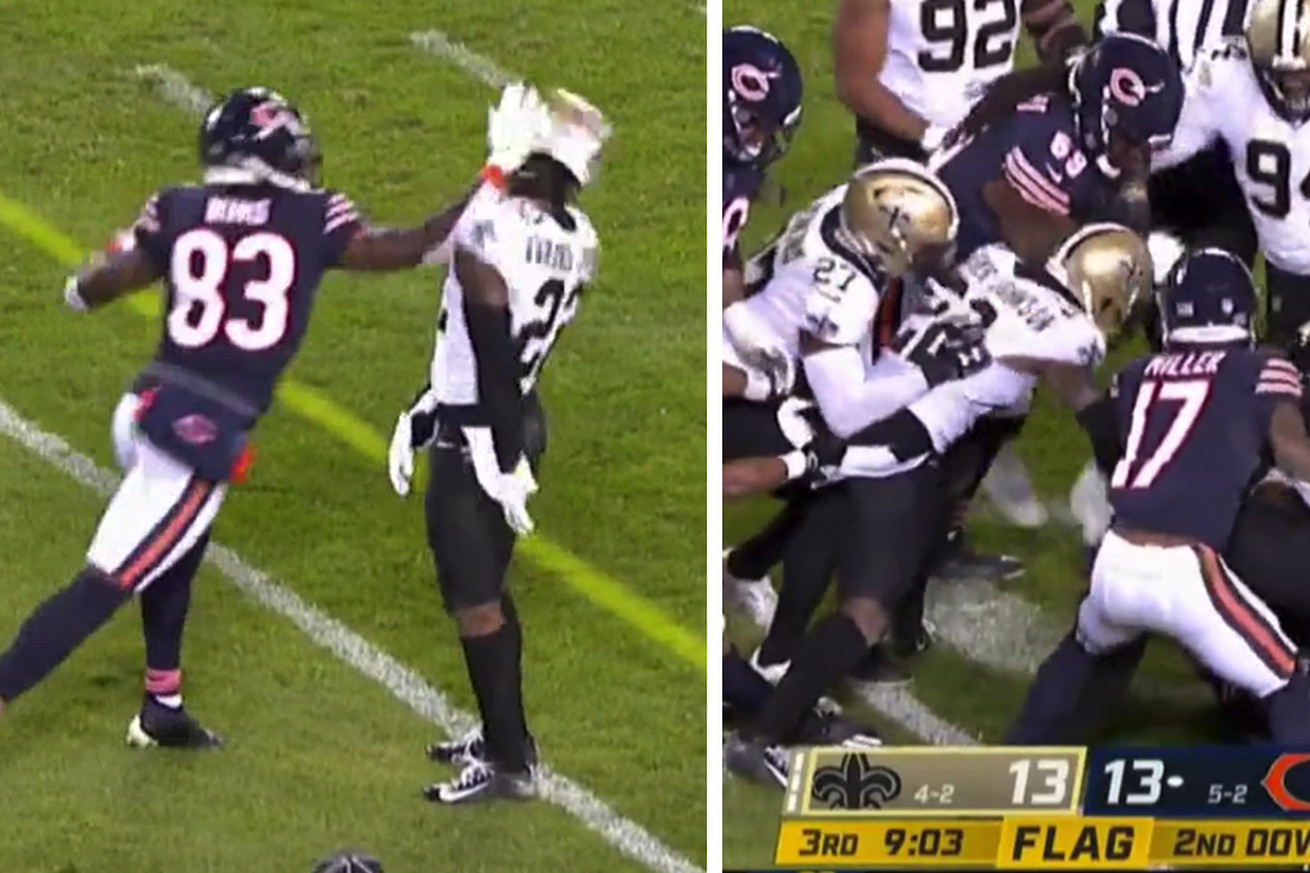 The Bears’ wide receiver was ejected after throwing two punches at the head of a New Orleans Saints’ defensive back.

Chicago Bears wide receiver Javon Wims was ejected after punching New Orleans Saints defensive back Chauncey Gardner-Johnson in the helmet during the third quarter of the teams’ Week 8 matchup. The two teams scuffled at mid-field after the incident before the officials broke it up and tossed Wims.

After a second down play, Wims charged at Gardner-Johnson from the other side of the field and threw a punch of punches at his head. You can watch the sequence here:

Why would you punch a man wearing a helmet? This was an inexcusable lack of discipline by Wims, which cost the Bears a personal foul penalty and killed a drive with the score tied at 13.

Wims was responding to Gardner-Johnson apparently poking fellow Bears wide receiver Anthony Miller in the eye on the previous play. This is what made Wims so upset:

Gardner-Johnson was not called for a penalty for eye gouging Miller. Either way, Wims has to be smarter.

Of course, Wikipedia was immediate on it:

On the very next play after Wims was ejected, Bears quarterback Nick Foles threw an interception. New Orleans would kick a go-ahead field goal a few plays later.