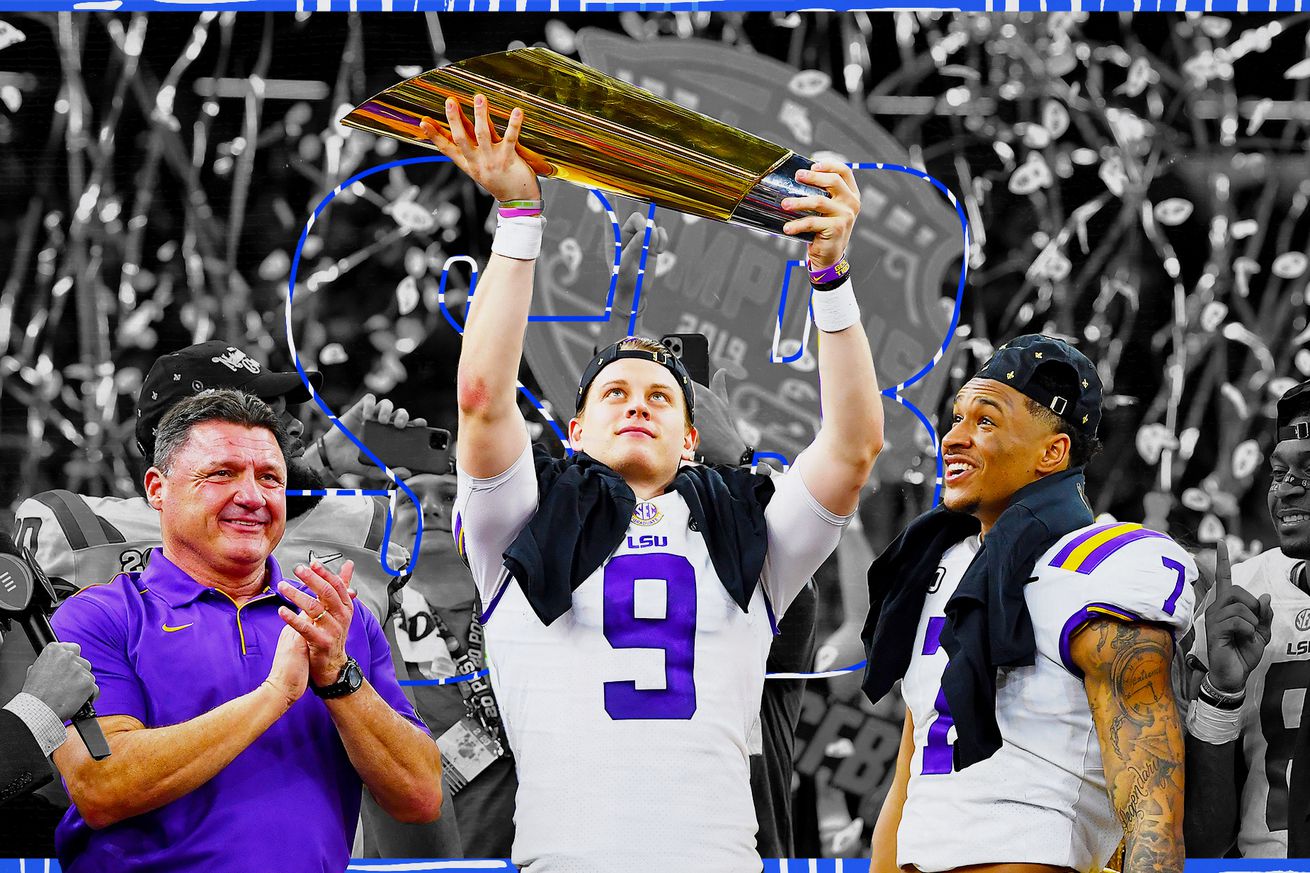 LSU’s Joe Burrow put the championship cherry on top of one of the best seasons a college football player has ever had.

If the Bengals could manufacture the perfect No. 1 pick in a lab, that player would be Joe Burrow.

The Tigers beat the Tigers in the College Football Playoff National Championship, and while that was awesome for Tigers fans, there was another group of tigers fans who had plenty to celebrate, too.

Fans of the Cincinnati Bengals had to be drooling as they watched the coronation of Joe Burrow, LSU’s Heisman Trophy-winning quarterback. With 463 passing yards and five touchdowns against Clemson, Burrow stamped his name in several places of the college football record books.

And now he belongs to Cincinnati.

The Bengals won the Burrow sweepstakes by winning just two games in 2019 and locking up the No. 1 pick in the 2020 NFL Draft. Of course, it’s going to take more than one player to fix them; they were bad in nearly every facet of the game. And there’s no guarantee that Burrow will perform well. Plenty of hyped draft prospects have failed to live up to their billing.

Those are worries for another day, though. The Bengals will undoubtedly pick Burrow and Cincinnati fans have every reason to be excited. No one could have designed a quarterback more perfect for the Bengals if they tried.

Joe Cool is a perfect personality fit for Cincinnati

Despite a prolific high school career that earned him Ohio Mr. Football honors, Burrow was a backup for three seasons at Ohio State. He transferred to LSU in 2018, and after an up-and-down first season with the Tigers, he took his play to the next level in 2019.

Burrow took a long, difficult path to superstardom. His determination, combined with a cool and calm demeanor, are perfect for a Rust Belt city like Cincinnati:

That personality is reflected in his play, too. Clemson sent the blitz at Burrow 26 times during the championship and he picked them apart with 250 passing yards and three touchdowns on those plays. He simply couldn’t be frazzled.

Burrow showed it all in the championship

LSU fell behind early, and didn’t take its first lead until late in the second quarter. Burrow had a relatively slow start, but eventually brought his team back by torching Clemson with deep balls:

Clemson hadn’t allowed more than two passing touchdowns in a game all season prior to Monday. But there’s just not much a defense can do when a quarterback is placing throws with accuracy like this:

Burrow even showed off his mobility, rushing for 58 yards and a touchdown on 14 attempts.

The performance gave Bengals fans every reason to be hopeful. You can’t ask for much more than the opportunity to draft an Ohio native coming off arguably the best college football season ever.