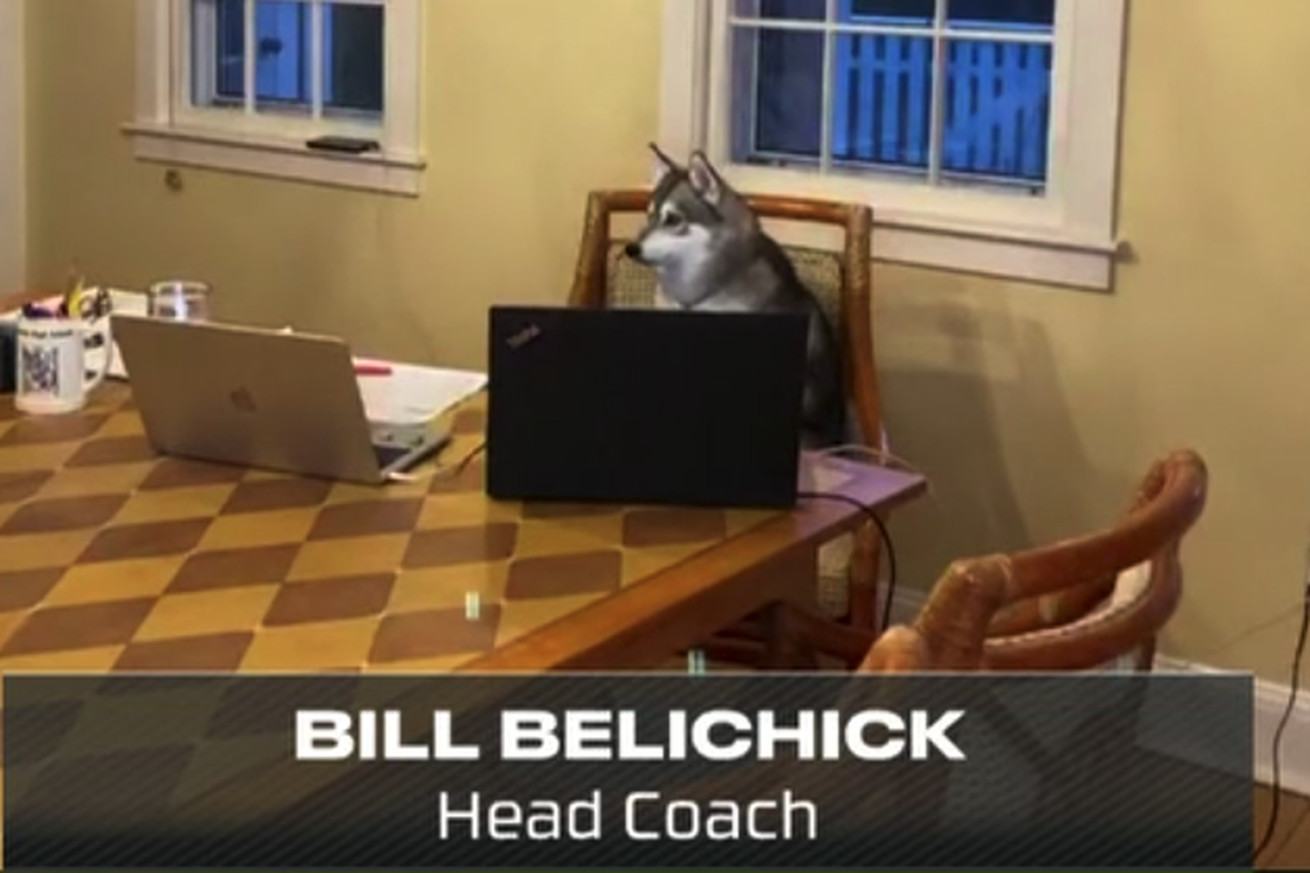 When the 2020 NFL Draft began Thursday, I was excited to see so many good dogs. Since teams and prospects were participating in the draft virtually from their homes, there was hope there would be plenty of canine cameos, especially when Giants head coach Joe Judge talked about prepping with his dog Abby ahead of the draft.

Instead, I was incredibly disappointed by the lack of very good dogs during the Round 1 broadcast.

Although the first night was a letdown, the great news is the very good dogs made a resurgence on the second night of the draft, headlined by Bill Belichick’s dog.

Cincy’s director of player personnel Duke Tobin (which sounds like a dog’s name) showed off his very good dog during the Bengals’ second-round pick:

one pick into Day 2 of the NFL Draft and we’ve already got a dog which lay down to get a bellyrub pic.twitter.com/DU8lWkoOrE

The Bengals selected wide receiver Tee Higgins, and the dog probably very much approved of this pick. Higgins is one of the best wideouts in this draft, and it means the No. 1 overall pick Joe Burrow can throw to Higgins and A.J. Green!

Rodger Goodell’s dog made an appearance on both nights

At the start of the broadcast Thursday night, we got to meet commissioner Rodger Goodell’s dog Bruce, who was very cute. Unfortunately, Goodell used the very good boy Bruce as a prop for piped in boos:

We had another appearance from Blake on Friday — well, kinda:

Is this Blake the Goodell family dog at the draft? pic.twitter.com/wK9Oc8B74h

Falcons owner Arthur Blank’s golden retriever made the broadcast, too

Look in the middle of the screen! You almost could miss it!

Turns out, Blank has two golden retrievers — although they didn’t make an appearance on TV, they were on-hand for Round 1.

Checking in on the Blank household during the #NFLDraft. pic.twitter.com/DQFXhWHmBj

The undisputed dog champion of the draft was Belichick’s husky

When the broadcast flipped the Belichick’s home setup in Nantucket, instead of coach sitting in the chair we saw a very good husky instead:

Eventually we did see Belichick — the very good dog earned a much-deserved treat from coach himself. This was also a rare moment that proved the Pats’ head coach isn’t a robot and he’s capable of showing human emotion!

This was the early highlight of the night, TBH.

The chances are 10/10 I would draft this very good husky.

Every prospect and team should make this at-home draft more exciting by putting pooches in view of the cameras. We want to see your dogs, and, no, we won’t care if they disrupt anything.

We’ll update this post with more good dogs if they make the broadcast. Hopefully we see a lot more!