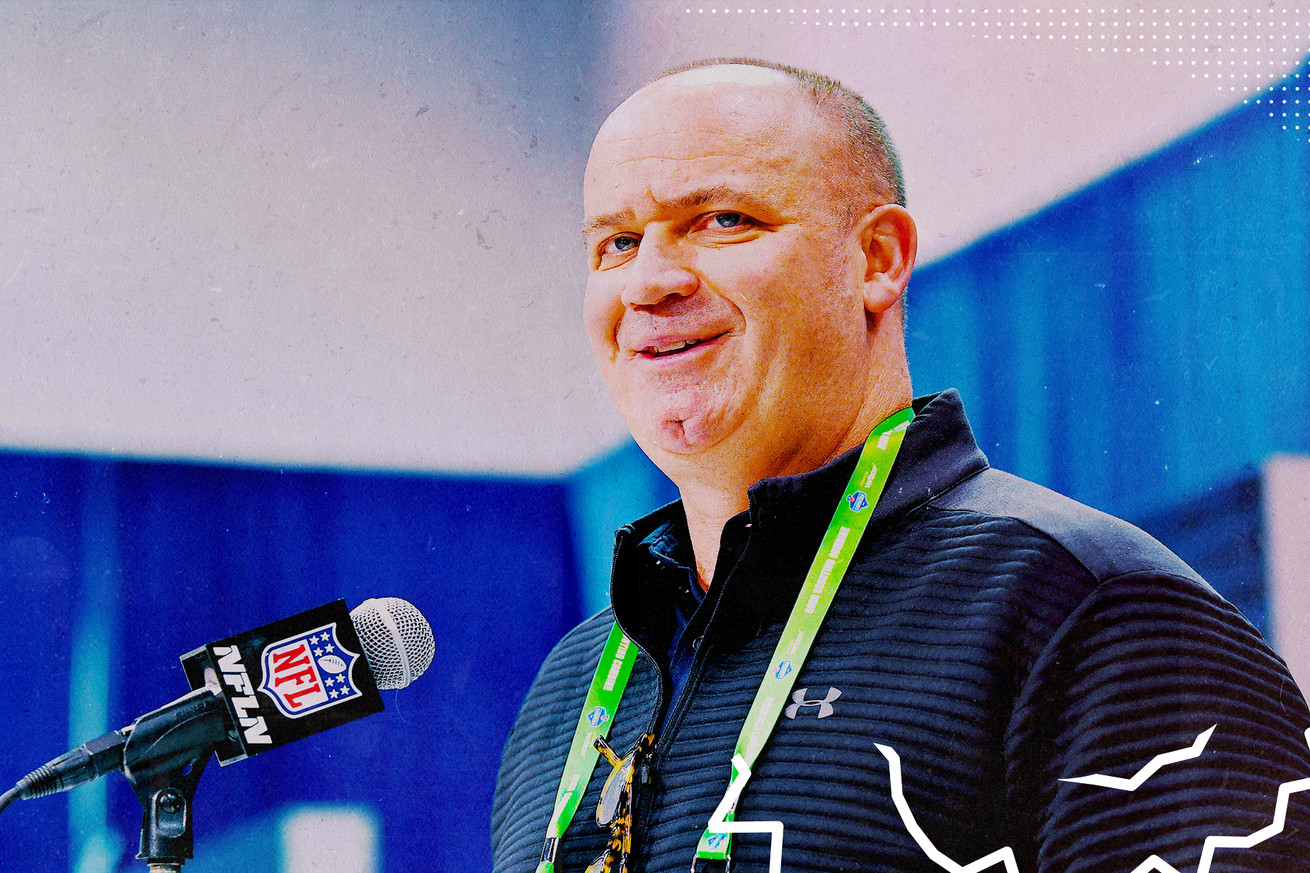 There was this guy at the movie theater I used to work at. Let’s call him “Tom.” Tom wasn’t particularly good at his job, but he was gifted at shifting blame and making people believe it. This allowed him to fake it long enough that through attrition he got promoted to manager. Then everyone realized he was worthless — and he was fired.

This is what I thought about when Bill O’Brien got the axe on Monday. A coach who kept failing up, never took advantage of what he had, and now has since left an organization in tatters due to his endless use of the blame game. Thankfully the Texans moved on, but it’s still too late. At least for now.

If it sounds like there’s more ire for O’Brien’s era than most NFL coaches, it’s because there is. It takes immense skill to build a good NFL roster, and equal talent to tear it apart and make mistake after mistake in the process. This isn’t just a case of O’Brien becoming general manager and lighting his own team on fire, it goes far beyond that.

A hot-shot head coach credited with turning around Penn State following the Jerry Sandusky sexual assault scandal, O’Brien was seen, at the time, to be the right man for the job. The glue to pull together the disparate pieces of the Texans and finally turn the corner. In many ways O’Brien owes his rapid rise to Chip Kelly. Remember, back in 2014 the league had fallen back in love with rising college coaches, and Kelly’s astounding early work with the Philadelphia Eagles had teams searching for the next big thing. O’Brien’s college pedigree, paired with the obligatory Bill Belichick bump from being on the Patriots’ staff for five years, made him one of the hottest hires of the season.

O’Brien inherited a coaching dream. A year removed from a 12-4 season, there was plenty of talent in Houston waiting for him. Pair that with the No. 1 overall pick, destined to be Jadaveon Clowney to pair with J.J. Watt, and it’s the kind of scenario that would make any coach salivate. Sure, the team didn’t have a reliable quarterback, but there was so much talent on the roster that it would have been difficult to screw it up.

In his first season the Texans went 9-7, seen widely as a success and a testament to O’Brien being the right man for the job. He followed with another 9-7 record the next year. Not enough to blow people away, but good enough to win the sorry AFC South. It’s here things started to go bad. The cash-rich Texans had plenty of money, and O’Brien knew 100 percent who to give that dump truck of cash to — Brock Osweiler.

Ah yes, Brock Osweiler. Remember Brock Osweiler? He was a decent quarterback coming off one middling season with the Denver Broncos, but O’Brien was smitten with him. The coach was so in love with the quarterback that he personally vouched not only for Osweiler, but the success the two would have together. This is how a guy with eight career starts to his name got a 4-year, $72 million contract that destroyed Houston’s salary cap as O’Brien limped along to finish with the same record that Brian Hoyer had the year before. Brian Hoyer. This was the Texans’ big bet, and it was a disaster.

Thanks to some shrewd front office work, Rick Smith, the underrated general manager of the Texans, managed to find some poor sucker to ship Osweiler off to. It was Denver, where he once again proved to be underwhelming.

Then, some luck. Still in dire need of a quarterback, the Texans found themselves in a draft where not a lot of teams picking before them really needed a passer. They were either still grooming young players, or had more pressing issues — but this allowed Deshaun Watson to fall to them at No. 12. Easily the biggest boon they could imagine, we all know what Watson has become since the 2017 Draft. He remains one of the most promising young quarterbacks in the game, and with a little support it’s easy to imagine that he could win championships.

Unfortunately O’Brien was still the shackle around the team’s ankles. It wasn’t long before he started complaining about the team he had around him, pointing fingers at Rick Smith for not getting him the tools he needed. Never mind that the reason the Texans couldn’t get these tools was because they destroyed their cap from Osweiler and had to keep recovering, in O’Brien’s eyes the issue was his team.

A season ending injury killed the chance for Watson to really show his stuff, and O’Brien got his wish. Smith was made the sacrificial lamb for the team’s failing, replaced by Brian Gaine — who was sold to fans as a “Bill O’Brien guy,” which we now know is code for “not very good.” Seriously, your aim in life should be to never be called a “Bill O’Brien guy,” because he’ll take the rarest leg of Iberico from Spain and turn it into SPAM — but I digress.

This was a legendarily bad hire. Dare I say, the “Brock Osweiler of front office moves,” because Gaine didn’t even make through two seasons. The Texans didn’t improve at all in 2019, either through free agency or their puzzling draft, which saw the team get no real help for Watson, and select a bunch of long-term projects and risky players.

With a vacant general manager spot it was time for O’Brien to make his moves. He’d failed upward to the point where he could make major decisions for the franchise, and one of the first was trading Jadaveon Clowney to Seattle for Barkevious Mingo, Jacob Martin and a third round pick. A shocking trade at the time, sold on the idea that O’Brien was getting two of “his guys” (remember what we said about Bill O’Brien guys). Neither player panned out, Clowney remained productive — Houston lost the trade.

The undercurrent throughout all this was that the Texans were still winning. Watson was good enough to keep the ship afloat, no matter how many holes O’Brien get putting in the hull. The 2019 season ended up being another success story, with Houston making the playoffs — and the reward for the coach was being named general manager.

It’s here he broke the camel’s back with a truckload of straw.

One of O’Brien’s first, and biggest moves was trading All-Pro wide receiver DeAndre Hopkins for running back David Johnson and moving some picks around. The team’s hand was semi-forced after it came out that O’Brien didn’t like Hopkins, allegedly comparing him to murderer Aaron Hernandez and making a crack about Hopkins having “all his baby mamas around” the team. Once again the world was told to buy in to O’Brien’s vision, and the person who suffered the most was Deshaun Watson.

Watson had too many weapons taken from him. In losing Hopkins and trying to replace him with a bevy of free agent receivers, all of whom were “Bill O’Brien guys,” it was no longer possible for any quarterback, even one as talented as Watson to keep the team afloat. From the outset of the 2020 season it was apparent the team had no weapons, which led to the 0-4 start and finally O’Brien losing his job.

The man who failed upwards and blamed everyone else ran out of people to blame.

It’s unclear how long it will take for the Texans to rebuild. Clearly the team is in a really bad spot. They need a full offensive rebuild to get Watson the help he needs, and will soon be dealing with the possibility of J.J. Watt leaving. He told the team he’s not seeking a contract extension, and if they want to try and keep Watt they’re going to need to make him happy — but that’s unclear considering the limbo the Texans are in now.

Organizationally Houston’s major mistake was continuing to believe in Bill O’Brien. Never trust someone who keeps blaming everyone else and doesn’t take accountability for himself. The coach is now gone, the team in tatters and on fire — and this is all a mess.

I look forward to the Jets hiring O’Brien to be their head coach in 2021. It makes too much sense.