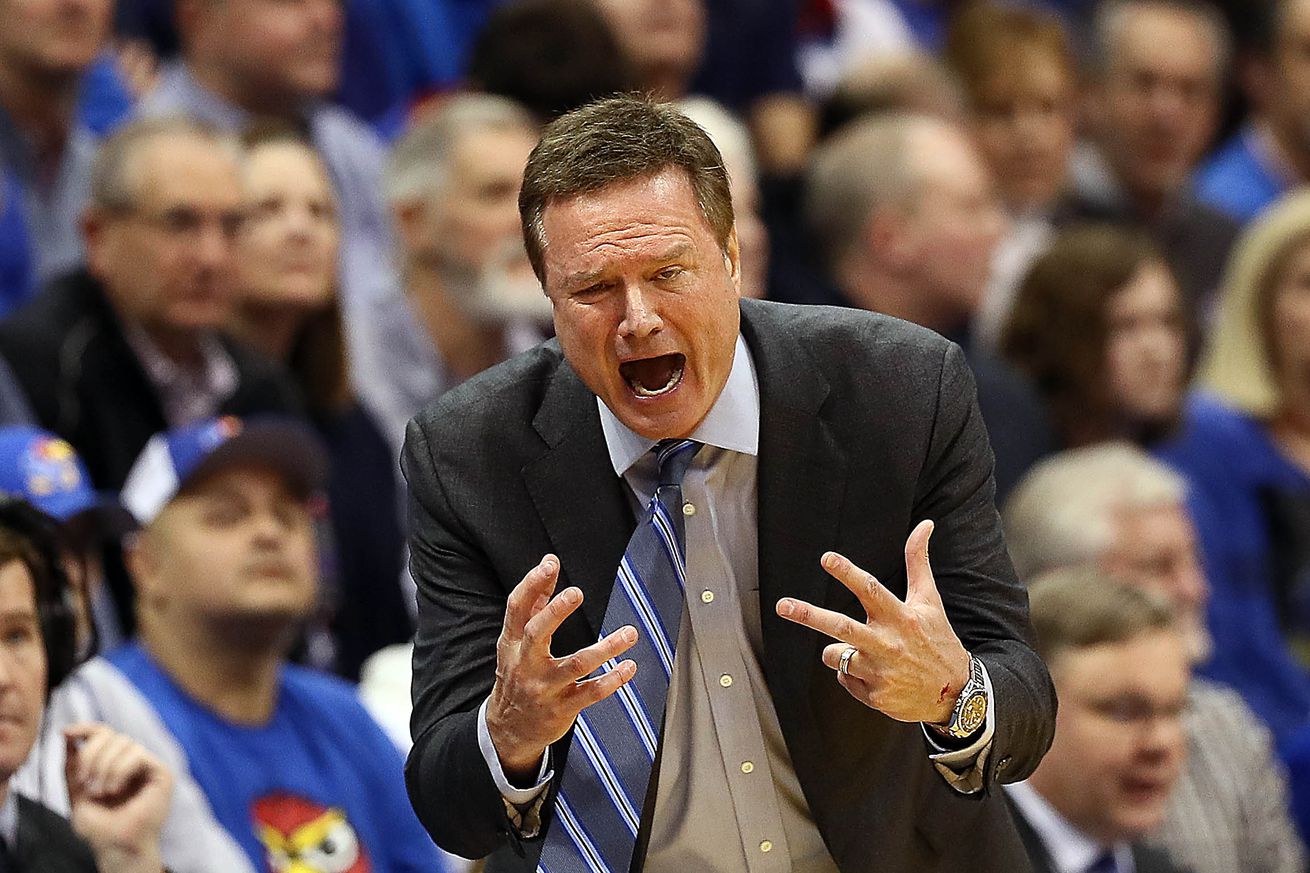 The NCAA deserves to be criticized for the way it handled the Silvio De Sousa situation.

Kansas has held out big man Silvio De Sousa all season after he was named in court this summer during the FBI’s college basketball corruption trial. This was a precautionary measure for a Jayhawks team that thought it was going to be among the deepest in the country at the onset of the season. But as injuries have piled up, the program petitioned the NCAA to finally get a ruling on De Sousa’s status.

They got it on Friday afternoon, and it wasn’t the answer they wanted to hear. De Sousa must sit out the entire 2018-19 season and the 2019-2020 season because his guardian allegedly received a payment of $2,500.

Head coach Bill Self immediately issued a statement hammering the NCAA for its ruling.

“In my 30-plus years of coaching college basketball, I have never witnessed such a mean-spirited and vindictive punishment against a young man who did nothing wrong,” Self wrote. “To take away his opportunity to play college basketball is shameful and a failure of the NCAA. Silvio is a tremendous young man who absolutely deserves to be on the court with his teammates. This process took way too long to address these issues. We will support Silvio as he considers his options.”

Self is right: this is an excessively harsh punishment for De Sousa. At this point, it feels like he has no choice but to pursue a professional career.

You’re never going to believe it, but the NCAA got something wrong again. It’s been a banner week.

What happened with Silvio De Sousa?

We recapped this entire situation back in October.

De Sousa was considered a five-star power forward recruit out of high school. His recruitment came down to Maryland vs. Kansas, a flagship Under Armour school against an Adidas one. There was allegedly money changing hands on both sides to influence his decision.

* A Maryland booster allegedly gave $60K to De Sousa’s guardian to get him to commit to the Terrapins, according to testimony from Adidas consultant T.J. Gassnola.

* When De Sousa committed to Kansas, the Maryland booster allegedly wanted their money back. Gassnola allegedly offered to pay De Sousa’s guardian $20K to get out from under the payment. That payment was never made. Gassnola did however pay $2,500 to the guardian to help get De Sousa enrolled in online classes.

* Texts between Gassnola, Self, and Kansas assistant Kurtis Townsend were presented in court to show the Kansas coaches were aware Adidas was facilitating money to De Sousa’s guardian.

Kansas, fearful of retroactive NCAA punishment, held out De Sousa all season. But after a season-ending injury to center Udoka Azubuike, the Jayhawks wanted an answer on if and when De Sousa could return to the court.

How Kansas tried to get De Sousa back for this season

The Athletic’s Seth Davis reported last month that Kansas was set to officially rule De Sousa ineligible and then petition the NCAA for immediate reinstatement. Kansas believed De Sousa had already served a proper punishment by sitting out for the first 16 games of this season.

Per Davis, an improper payment of $2,500 is supposed to yield a penalty that the player is suspended for 30 percent of the team’s season. Kansas was already well past that.

The NCAA decided to shut that down. You can read the full ruling here.

The NCAA is being criticized by everyone for this decision

I would be SHOCKED if Silvio De Sousa had any clue that his guardian was taking money. NCAA needs to get a clue on some of these decisions. Just crushing kids instead of trying to help them.

Here’s how the NCAA has handled players publicly connected to the FBI investigation and/or its fallout:

By suspending Silvio de Sousa this year and next, the NCAA is essentially forcing him out of college basketball for something his guardian did and he likely knew nothing about. That doesn’t seem right.

Silvio De Sousa’s attorney: “I will work with KU to do everything legally possible to get this outrageous decision reversed.”

De Sousa didn’t deserve this punishment from the NCAA

Kansas knew trying to get De Sousa back this season would be a long-shot after he was named in court over the summer. Would the Jayhawks even have tried to get him back if Azubuike never got hurt?

It’s true that De Sousa was always going to be punished by the NCAA. But two full seasons is excessive.

There had to be a significant punishment for de Sousa — otherwise you’re practically telling schools to cheat and have the player claim ignorance — but the full 2018-19 season seems like enough. Two years is awfully harsh.

The NCAA isn’t the cops, but it likes to believe it is. It made an example out of De Sousa with this ruling, hoping to avoid similar situations involving players, universities and shoe companies in the future. Guess what: as long as the NCAA continues to bar college athletes from being compensated with something greater than a scholarship for their labor, a black market will always exist.

There’s too much money flowing throughout the sport for it not to happen.

Self is upset in part because the Jayhawks lack front court depth this season and would benefit greatly from adding De Sousa to the rotation. But even from an unbiased view, the punishment given to De Sousa simply went too far.