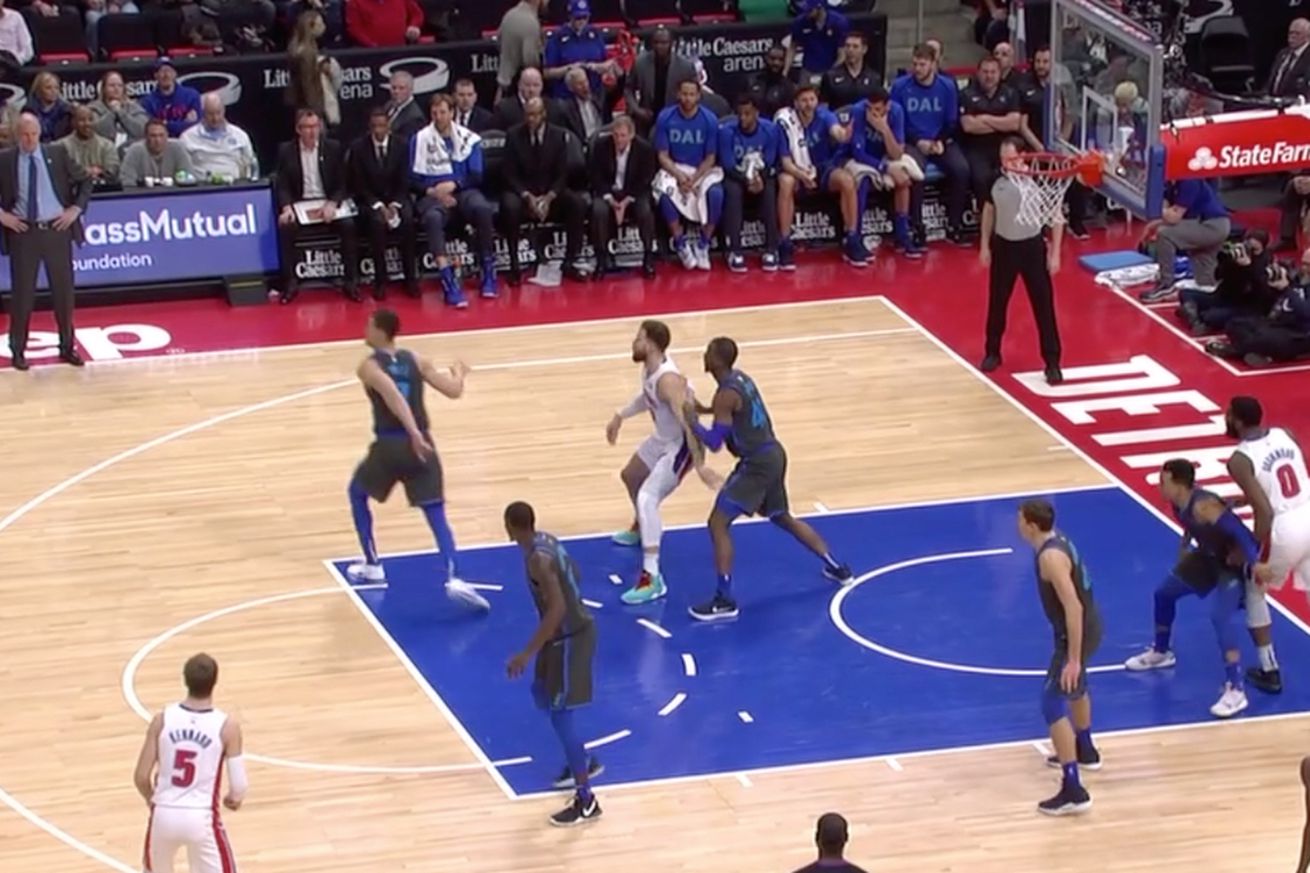 Griffin and Jackson bring cringe comedy to the Pistons.

The Blake Griffin-Reggie Jackson dynamic was noticeably off a week ago, when after a close Pistons win, Griffin gave a dreary postgame interview. He noted the team’s lack of focus down the stretch, and it was a serious showing of his frustration.

Then Jackson walked through the middle of Griffin and the reporter as a joke, and it was really, really awkward.

In a one-point game, with seven minutes left against the Mavericks on Thursday night, Griffin and Jackson tossed the ball back and forth nine times in 13 seconds, daring one another to shoot. Except neither did, and Griffin was called for a three-second violation.

It was truly mesmerizing.

1. Griffin dribbles to the block

2. Jackson catches above the three-point line

OK, assess the area. Don’t want to force anything.

4. Back to Jackson at the three-point line

You can shoot if you want, Reggie. You have space.

All good, Blake’s got this.

6. Back to Jackson at the three-point line

Time to swing the ball around. Blake doesn’t have this. Wait, Regg—

Shoot the dang ball, Blake. Spin and dunk. Do something.

8. Back to Jackson at the three-point line

We’re not really doing this again are we?

Yikes. When the chemistry is off between these two, it’s really off. It’s hard to watch.