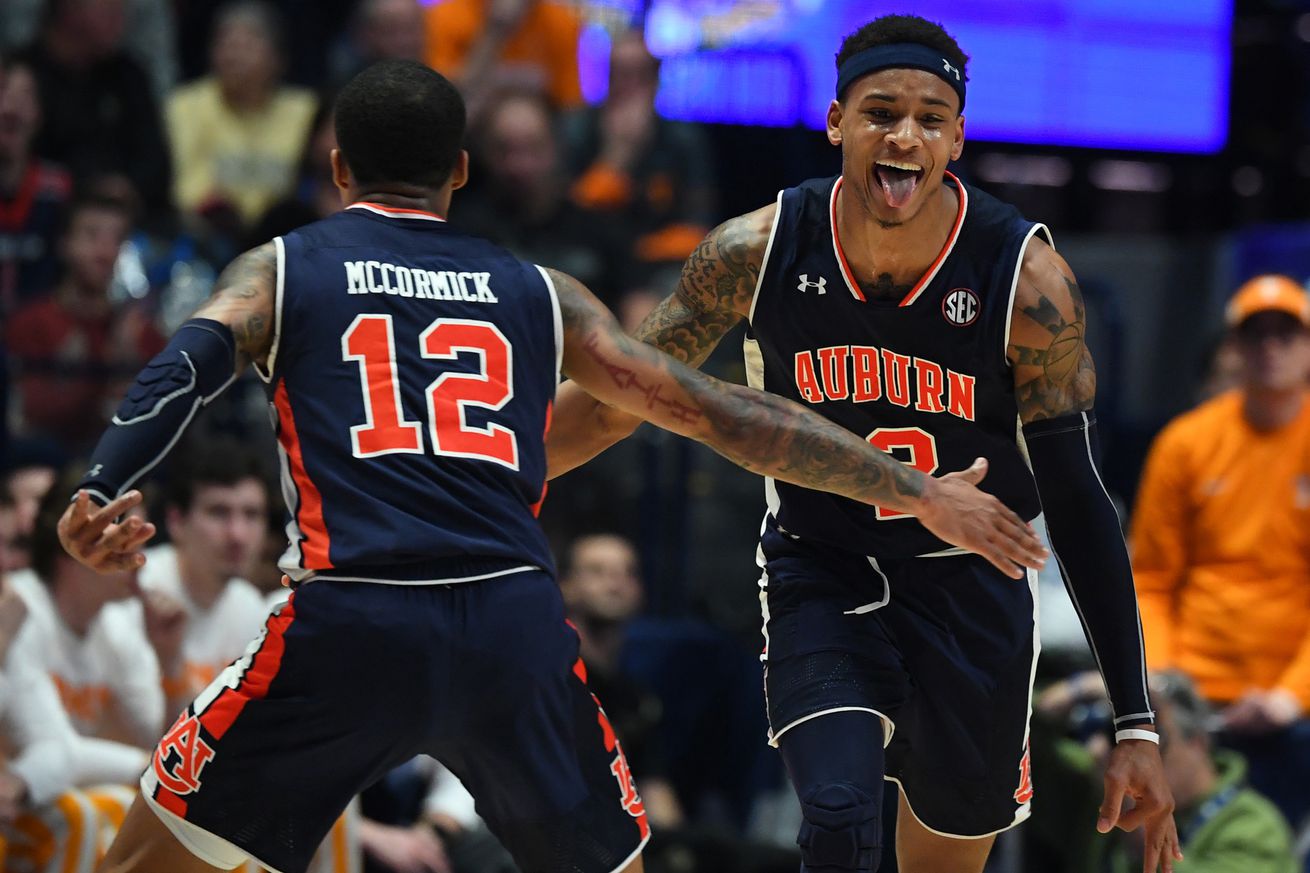 There’s now a high probability that three ACC teams will occupy the one line of this season’s NCAA Tournament bracket.

In this morning’s projection, I wrote that an Auburn Tigers win over the Tennessee Volunteers was the most likely way for three ACC teams to land on the NCAA Tournament’s No. 1 seed line. And indeed, that’s what happened this afternoon, as Bruce Pearl’s squad defeated the Vols for the second time this season, and third time in a row overall — and in resounding fashion to boot. And after Tennessee’s 84-64 defeat, the North Carolina Tar Heels have returned to the top line, likely for good.

Sure, the Selection Committee could anoint the winner of the Big Ten Tournament’s finale, either the Michigan State Spartans or Michigan Wolverines, as the final No. 1 seed. However, the late timing of the game has not boded well for its champion receiving a late seeding bu,p in recent seasons. Michigan ended up as a No. 7 seed in 2017, when I had projected them as a No. 5 after their 71-56 victory over the Wisconsin Badgers. Last year, the Wolverines didn’t receive much of a boost either after defeating the Purdue Boilermakers by nine. They were projected as a No. 3 seed and landed on that same line. Making matters worse for Michigan State, in particular, is the presence of three questionable losses on their profile, a pair to Indiana and another at Illinois, ranked 109th in the NET.

Here’s how the top two lines shake out heading into the Big Ten final, with the final position of the Spartans and Wolverines most significant potential change left.

I’ll have one final bracket update before the Selection Show.