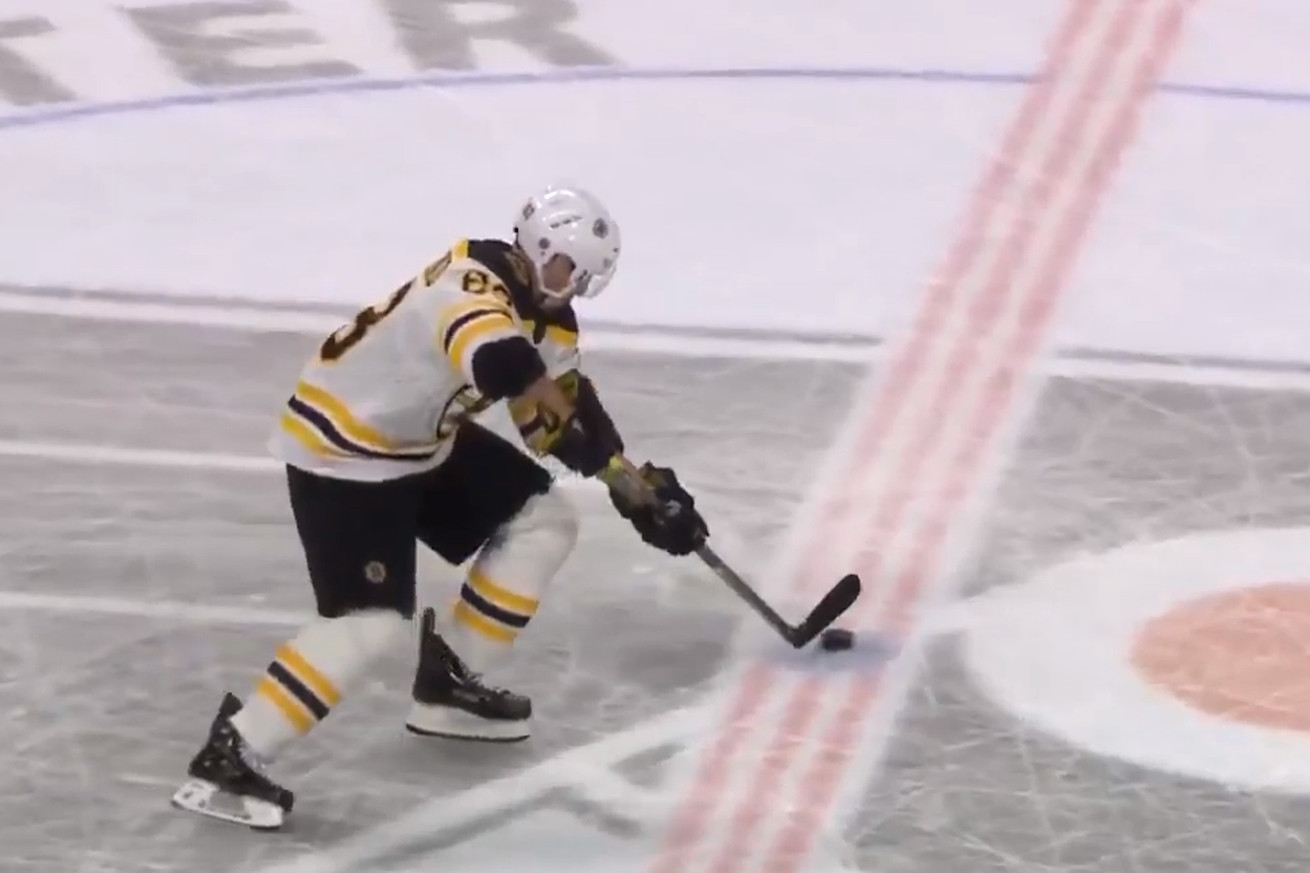 Brad Marchand’s game-deciding penalty shot on Monday night is the stuff of infamy.

Marchand was attempting to keep the Bruins alive against the Flyers when he skated up to the puck, nudged it two inches and suddenly realized (along with everyone else) what happened. It’s easily one of the most embarrassing penalty whiffs I’ve ever seen, and the indignity of never ever getting it near the keeper.

How does this happen? Well, it’s simply the rules of a penalty shot. The skater needs to keep the puck in forward motion after they touch it. Once it is shot the play is ruled complete. So, when Marchand nudged the puck and it came to rest a few inches past where he skated he no longer was moving it forward, counting the nudge as the shot and causing referees to blow the whistle.

The agony is exquisite.