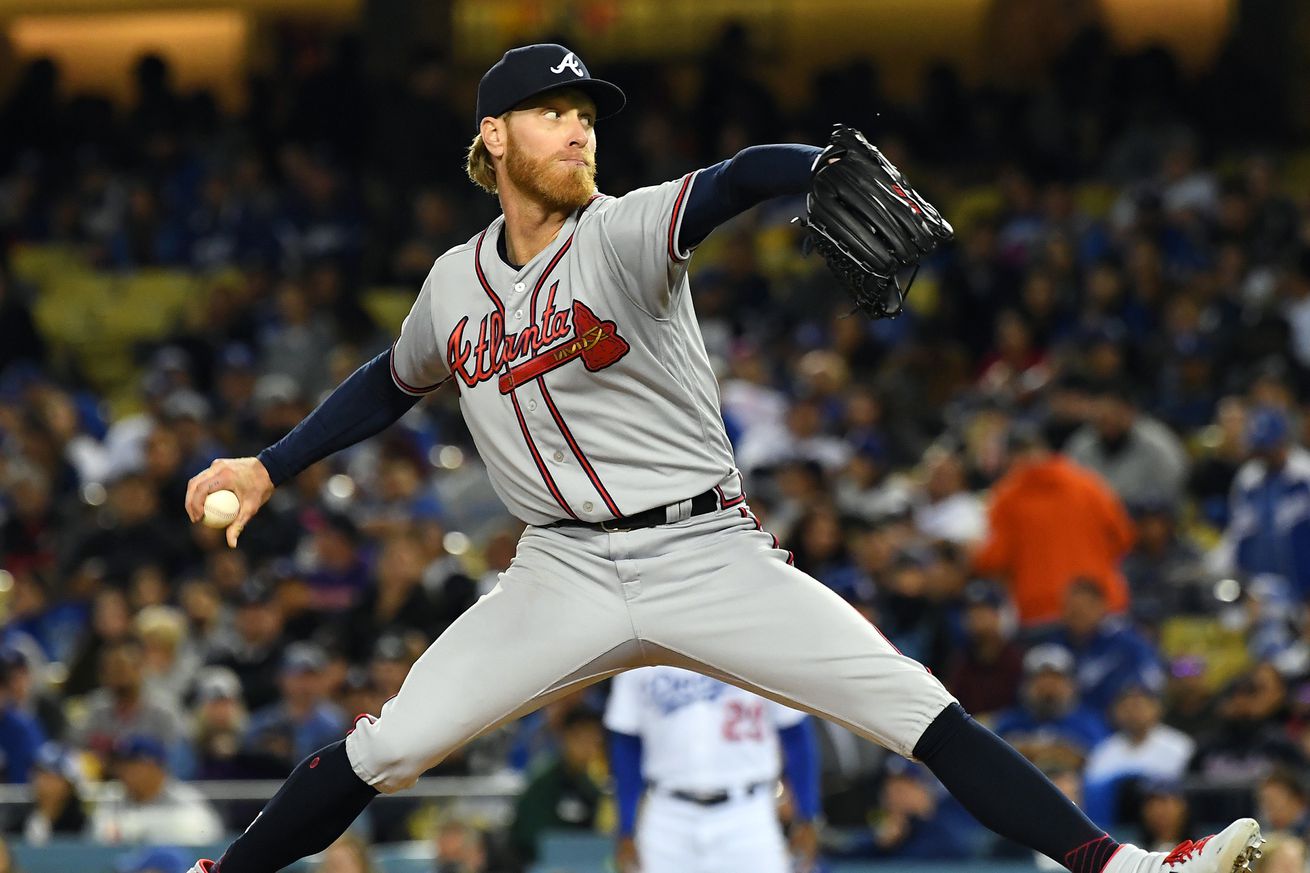 The Atlanta Braves are small home underdogs on the MLB odds as they look to keep rolling in a three-game series against the St. Louis Cardinals starting Tuesday.

The Atlanta Braves are 3-0 over their last three games since going 0-4 in their previous four. The Braves will try to stay in the win column on Tuesday night when they host the St. Louis Cardinals in the first game of a three-game series.

Atlanta is a +105 home underdog on the MLB odds in this series opener at sportsbooks monitored by OddsShark.com. Mike Foltynewicz takes the mound for the Braves against Jack Flaherty and the Cardinals at -115 on the road.

The Braves have been streaky all season long, but those streaks have roughly evened out to leave the team with a 21-20 overall record. Atlanta finished last season ranked seventh in the majors with a team ERA of 3.75. That ranking is down to 17th this season as the team owns an ERA of 4.38.

Mike Foltynewicz has been a part of the problem sporting an ugly 5.94 ERA and a 1.44 WHIP across his first three starts this season after pitching like a staff ace with a 2.85 ERA and a 1.08 WHIP last season.

In their last six games as a home underdog, the Braves are 5-1 on the moneyline per the OddsShark MLB Database. This stretch includes a 7-3 win as a +105 underdog against Jack Flaherty and the Cardinals last season.

Flaherty hasn’t received any run support in his last two starts as the Cardinals were shut out in both of those two losses. St. Louis jumped out to an impressive 20-10 start in the NL Central before hitting this current slump of 2-9 over its last 11 games.

The Cardinals offense has been wildly inconsistent during this skid, scoring one run or fewer in six of the nine losses. In their last seven games against Atlanta the Cardinals are 2-5 on the moneyline.

Tuesday night’s total is set at 7.5 runs at online sports betting sites. The OVER is 9-1 in the last 10 meetings between St. Louis and Atlanta.

Facing a slumping Foltynewicz on Tuesday might be St. Louis’s best shot at getting its offense going in this series. The series continues on Wednesday with a pitching matchup of Mike Soroka vs. Michael Wacha before wrapping up Thursday with Julio Teheran facing Adam Wainwright.