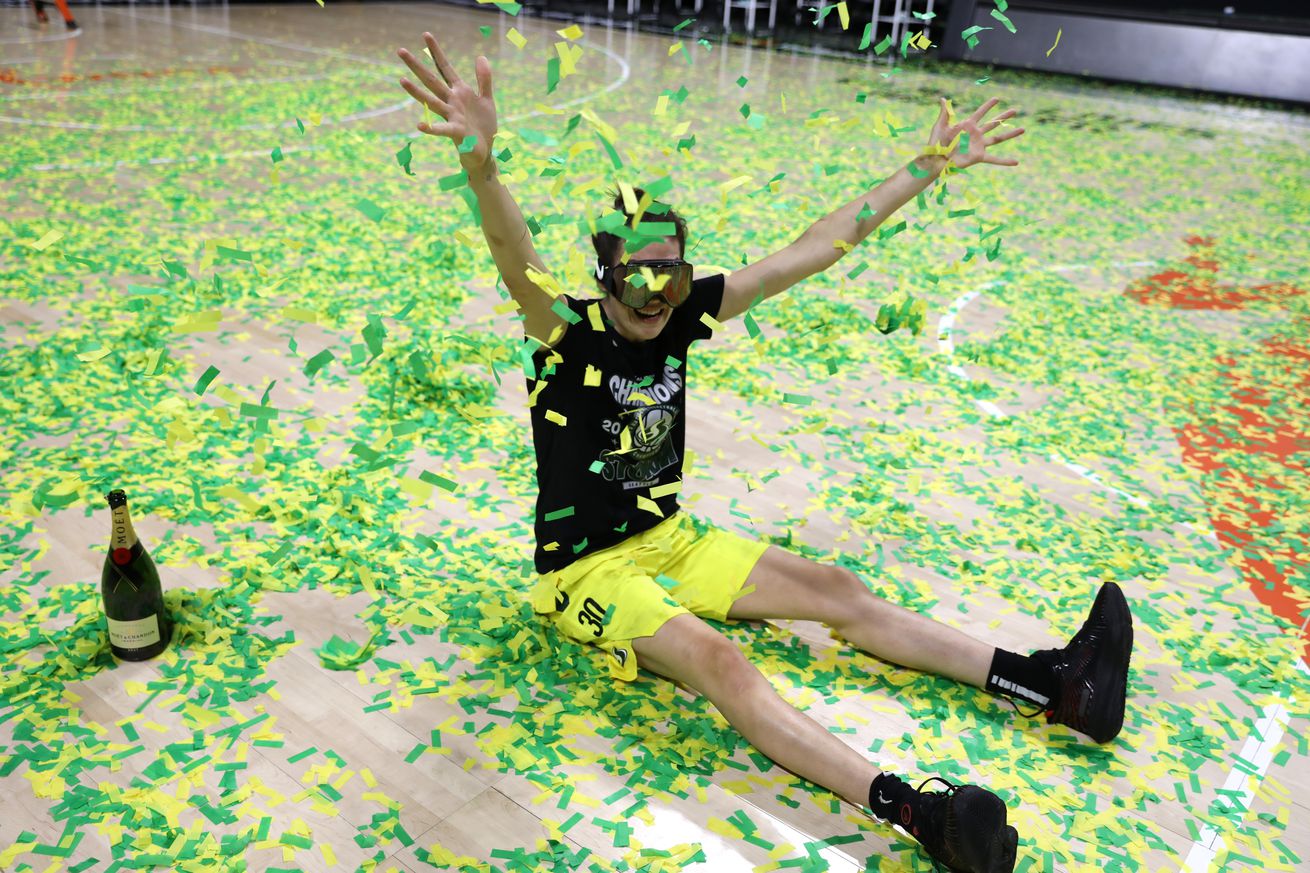 The Seattle Storm are your WNBA champions — again — and they did it by putting together one of the most dominant seasons in league history.

At the center of it all was Finals MVP Breanna Stewart who, despite being just 26, would probably make the Hall of Fame if she retired today.

Stewart took home the Finals hardware in no small part because she thoroughly outplayed Las Vegas Aces forward A’ja Wilson — the regular season MVP to Stewart’s runner-up. And with that dominant performance in the Finals sweep, Stewart made one thing abundantly clear: She was the best player in the Wubble.

So let’s rewind things a bit, to April 14, 2019. That’s less than 18 months ago, and only 15 months before the start of the season. Stewart is playing in a game for Dynamo Kursk, a Russian team in the EuroLeague, because, as a WNBA player on her rookie contract, she was making less than $60,000 a year playing in America despite being the reigning WNBA MVP.

Stewart rose for a jumper, landed awkwardly on Brittney Griner’s leg, and crumpled to the ground. A day later it was confirmed that the best player in the sport had a torn Achilles tendon.

Now fast-forward back to the present. Stewart, a 6’4” forward/center is curling off of screens, setting her feet, and draining jumpers like an off guard.

I still haven’t gotten completely used to Breanna Stewart — a center/power forward — having guard-like skills coming off of screens as an off-ball shooter pic.twitter.com/vrSiXQ1zbA

And then, when teams force her away from her dominant abode on the low block, she’s unleashing her range. She made 36.8 percent of her threes on the season, and a cool 50 percent during during Seattle’s perfect 6-0 run through the playoffs.

Again: this is all less than 18 months after tearing her Achilles.

There’s no historical precedent for this. There’s no model for returning from one of the most debilitating injuries a basketball player can suffer, and averaging 19.7 points, 8.3 rebounds, 3.6 assists, 1.7 steals, and 1.3 blocks per game, with a true-shooting percentage of 57.8 percent.

Stewart had only played 23 games post-injury when the Finals began, and she calmly averaged 28.3 points on 62.7 percent shooting, including 65.0 percent from deep, against the top seed in the league.

Look through the history of WNBA, NBA, or college basketball players to suffer Achilles injuries, and you’ll find grim results. Players aren’t supposed to return to star form, and they’re definitely not supposed to establish themselves as the best player in the league less than a year and a half later.

But Breanna Stewart did.