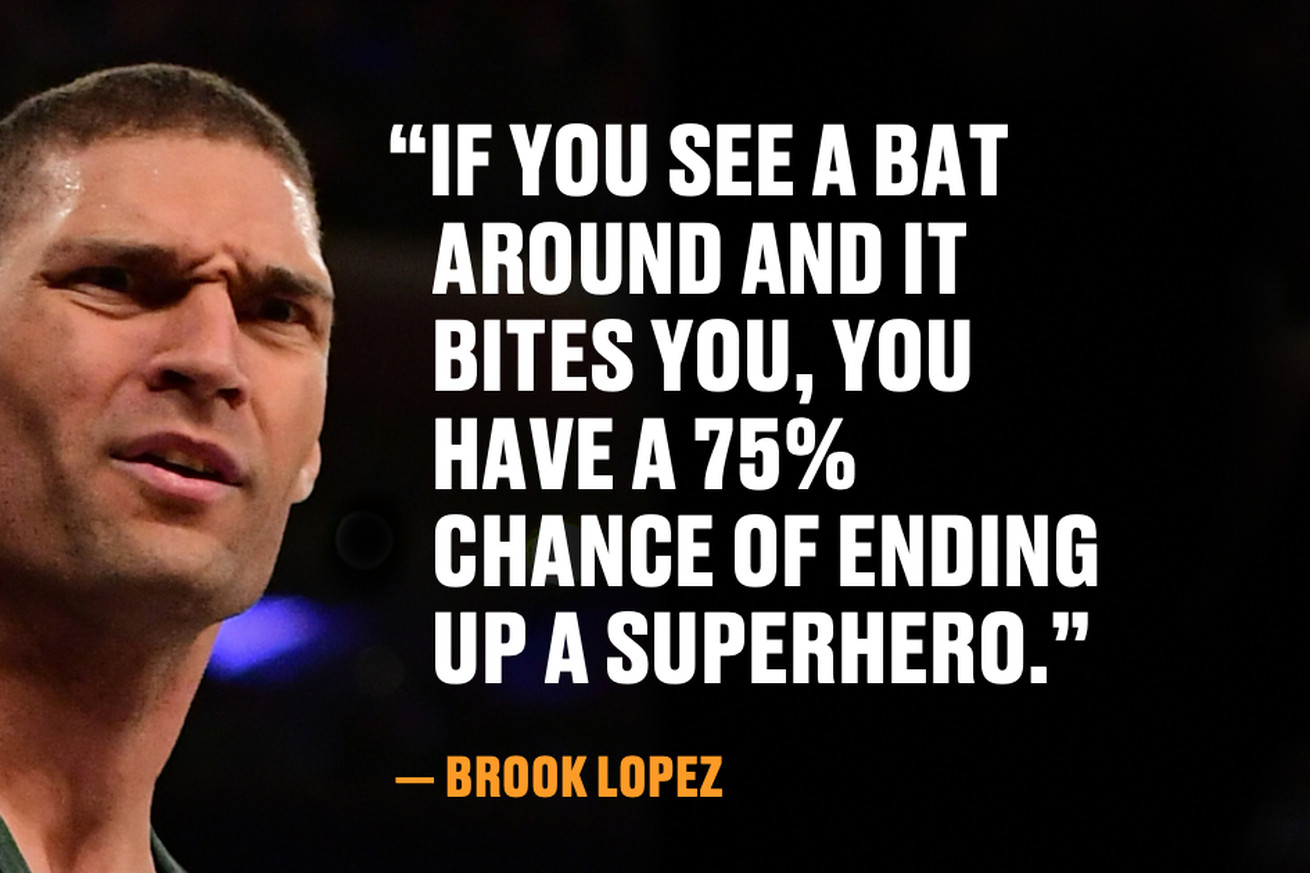 We spoke to him, and this is what he said.

The NBA has had a ton of run-ins with bats. In the last week, seven bats have been spotted in two arena on three separate nights in San Antonio and Utah. And it’s scaring a lot of players!

Donovan Mitchell openly admitted that had the Jazz Bear mascot not have saved the day, he would’ve went straight to the locker room and ditched his warm-up routine. D’Angelo Russell actually ran into the tunnel at the sight of a bat. And Rudy Gay hid behind a ref!

Bucks beat the Wizards, SB Nation spoke to Brook Lopez on what he’d do if faced with a bat on the court. Here is the entirety of that conversation:

Brook Lopez: If you’ve learned anything from the modern superhero myth, if you see a bat around and it bites you, you have a 75 percent chance of ending up a superhero. Otherwise you’ll probably get really get sick. But it’d be cool to be a superhero. You don’t need to be too afraid, I’d say give it a shot.

SB Nation: So you’re going to let the bat bite you?

SB: Are you going to just stick out your hands?

Brook: I’m just going to just make myself available. At that point, it’s up to the bat. A lot of it is up to fate in these superhero stories. But I want to give myself a shot.

TL;DR: Brook Lopez would like to be bitten by a bat so he can possibly become a superhero.

A complete list of NBA players who are and are not afraid of bats can be found here.