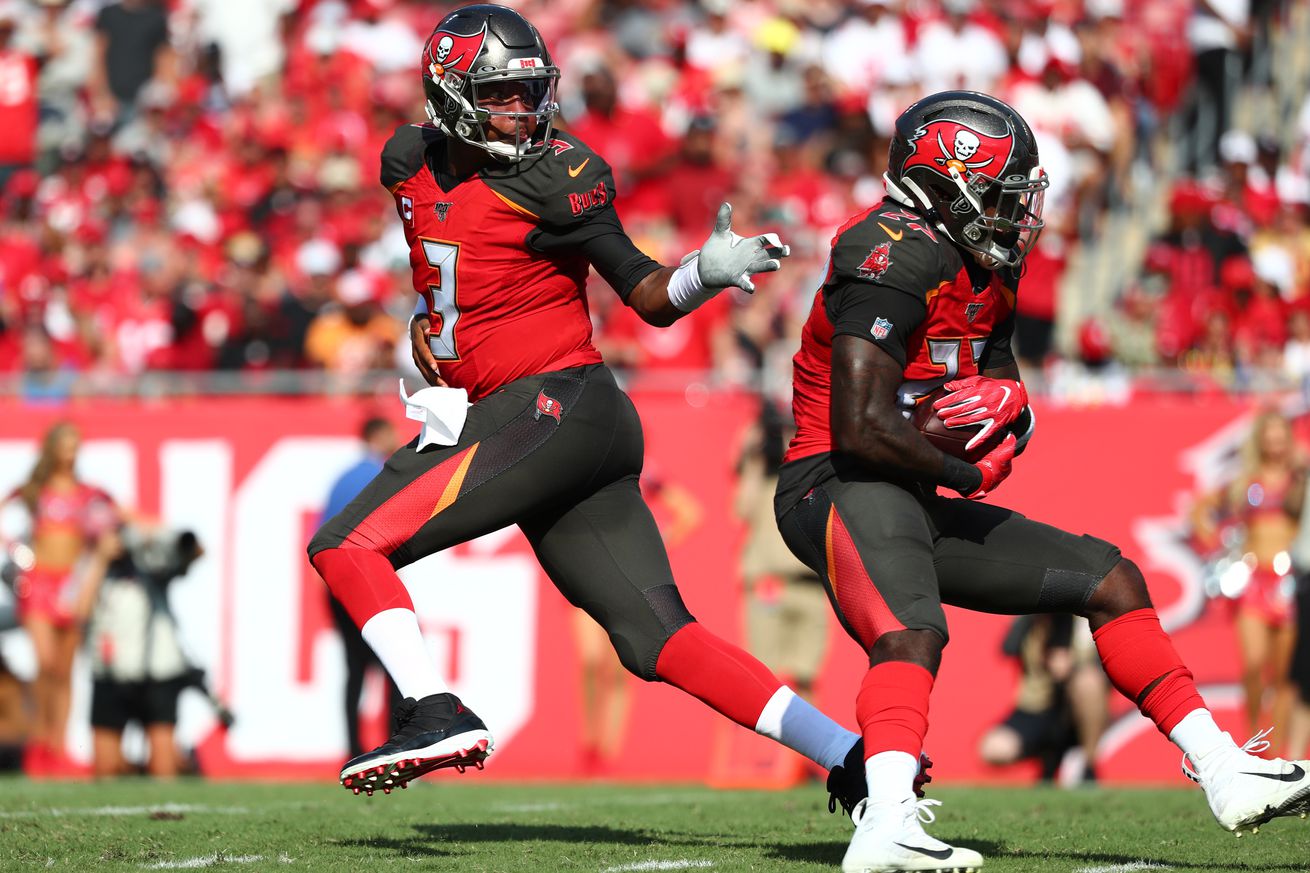 The Tampa Bay Buccaneers will try to break out of their road slump against the Carolina Panthers in this week’s Thursday Night Football betting matchup.

Tampa Bay is a 6.5-point road underdog on the NFL odds in Charlotte at sportsbooks monitored by OddsShark.com. The line has moved from its opener of the Buccaneers at +5.5 up to +6.5 as early betting action has come in on the Panthers.

The Buccaneers led the game 7-6 at the half, but in the end the team couldn’t overcome four turnovers on offense in a 31-17 loss to the San Francisco 49ers in Week 1.

Jameis Winston was responsible for three of those turnovers, throwing three interceptions with only one passing touchdown and 194 passing yards on the night. Playing in the final year of his rookie deal this season, Winston is going to need to perform a lot better if he hopes to be an NFL starter in 2020.

In their last 12 games against the Panthers, the Buccaneers are 3-9 SU and 4-12 ATS per the OddsShark NFL Database.

The Panthers played well against the defending NFC champion Los Angeles Rams on Sunday but fell just short in a 30-27 loss at home. With the loss, Carolina fell to 1-8 SU and 2-7 ATS over its last nine games since the team’s promising 6-2 SU and ATS start in 2018. Ron Rivera’s usually stout defense has allowed a pedestrian 25.8 points per game across the team’s current nine-game slump. Carolina is 7-1 SU in its last eight games as a home favorite.

Thursday night’s total is set at 49.5 points. The OVER is 13-4 in Tampa Bay’s last 17 games on the road with an average combined score of 56.9 over that stretch.

Eight of Carolina’s next nine games come against opponents who missed the postseason in 2018. They won’t all be easy matchups this year, but it’s a manageable run of games that the team would love to build some momentum into with a victory on Thursday over Tampa Bay.