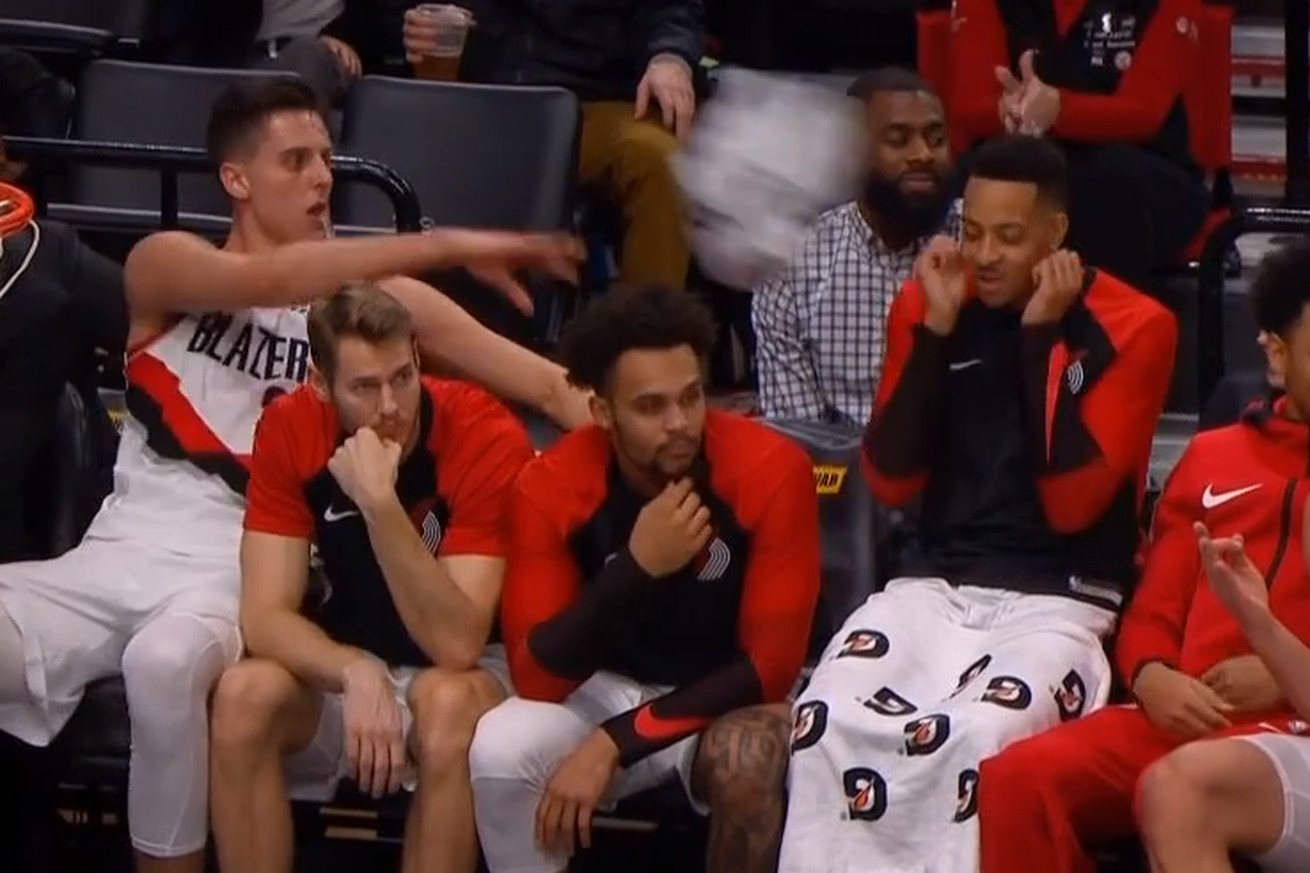 Blazers center Zach Collins has had a bit of a foul problem recently, and finally had it with CJ. McCollum’s attempts to keep him calm.

For the second time in a week Collins fouled out on Wednesday night in the Blazers’ win over the Cavaliers, but this time he didn’t take too kindly to McCollum’s breathing techniques and zen efforts.

Last week McCollum tried to make Collins concentrate on his breathing to no effect.

C.J. McCollum (@CJMcCollum) calms down #Blazers’ teammate Zach Collins (@zcollins_33) after he fouled out vs. the #Bulls – “Breathe in through your nose, out through your mouth.” pic.twitter.com/3jua65i3Yy

Now Collins is tossing towels in disgust. Honestly, it’s all hilarious and in a roundabout way super effective! Instead of focusing on the refs or the fact he fouled out McCollum is taking it on the chin (and a towel to the face) and becoming the center of his teammate’s ire. Whether intentional or not it’s a pro move from the veteran who is having one of the best seasons of his career.