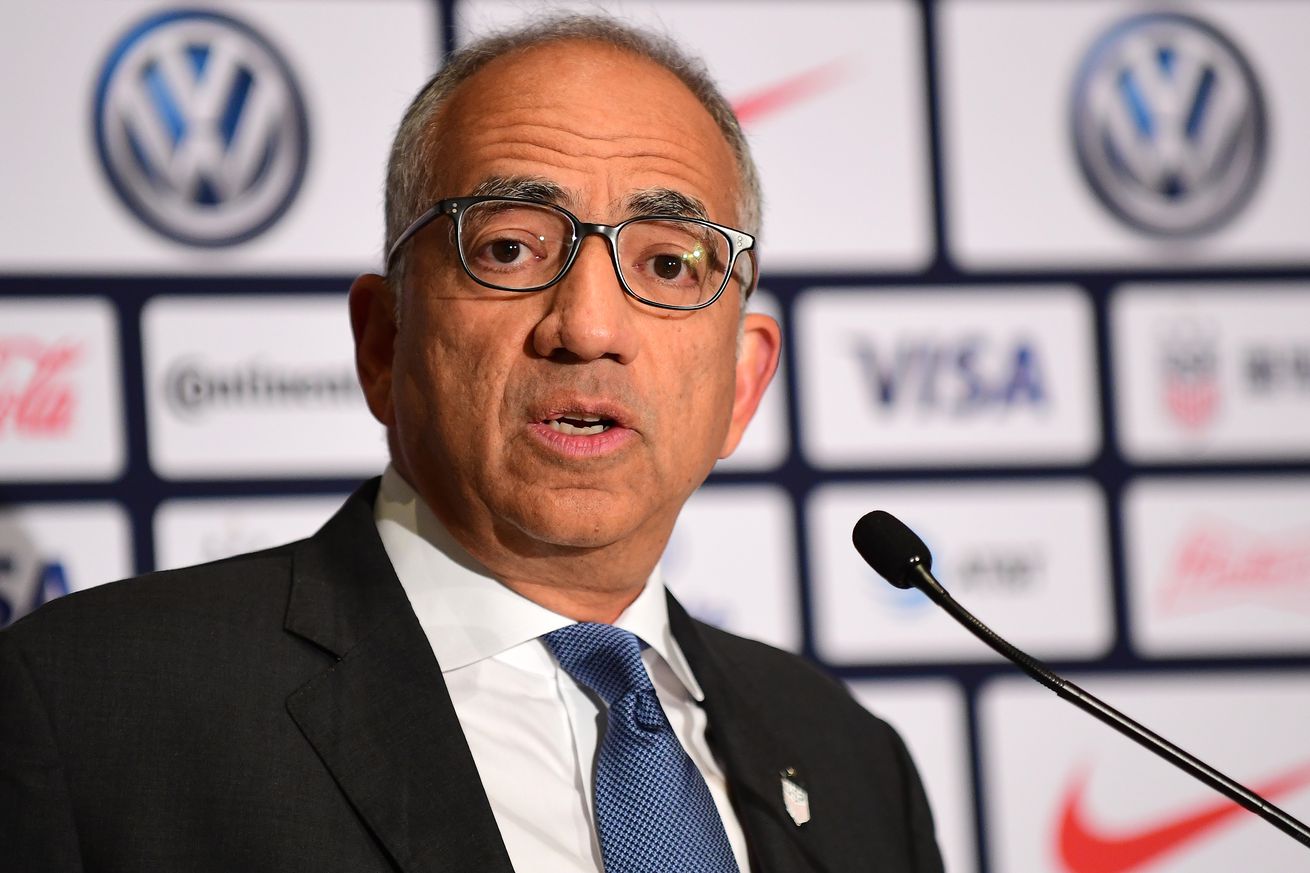 The president of U.S. Soccer resigned Thursday night following a wave of backlash against the federation.

Carlos Cordeiro has resigned as president of U.S. Soccer following public outcry about the federation’s sexist legal defense used in its equal pay dispute with the United States women’s national team. Cordeiro issued a public statement about his resignation on Thursday night, saying, “My one and only mission has always been to do what is best for our federation, and it has become clear to me that what is best right now is a new direction.”

It has been an incredible privilege to serve as the President of U.S. Soccer.

My one and only mission has always been to do what is best for our Federation.

After discussions with the Board of Directors, I have decided to step down, effective immediately. My full statement: pic.twitter.com/4B7siuIqcL

The USWNT filed a complaint against the federation in federal court in March, 2019, alleging gender-based pay discrimination. A contentious back-and-forth ensued, with public pressure on Cordeiro ramping up on Feb. 20 when the federation’s legal strategy was made public. In a request for summary judgment, USSF argued that the men’s and women’s national teams perform fundamentally different jobs. Among their arguments was that playing for the men’s team requires more physical ability, and thus deserved a different compensation standard.

The dispute got uglier Tuesday night, when the federation’s reaction to filings by the players’ lawyers was released. U.S. Soccer’s lawyers doubled down on their argument that women are inherently inferior to men.

Following those filings, several of U.S. Soccer’s biggest sponsors spoke out against the federation. Many of the federation’s corporate partners referred to the statements as “offensive.” In response, the USWNT players wore their warmup jerseys inside-out ahead of their match against Japan on Wednesday night, hiding the federation’s crest.

In response to the backlash, Cordeiro issued a statement at the end of the game apologizing for the language in the federation’s legal filings, and stating that U.S. Soccer would be changing the law firm representing its defense. However, the apology did nothing to stop sharp criticism. Cone and MLS commissioner Don Garber issued statements condemning the federation. Both are U.S. Soccer board members.

At The Athletic, Meg Linehan detailed discrimination and sexist arguments against paying the USWNT fairly dating back to the mid-1990s. This problem did not start in 2019. Cone now faces the difficult task of removing the rot that led to this line of thinking in the first place.