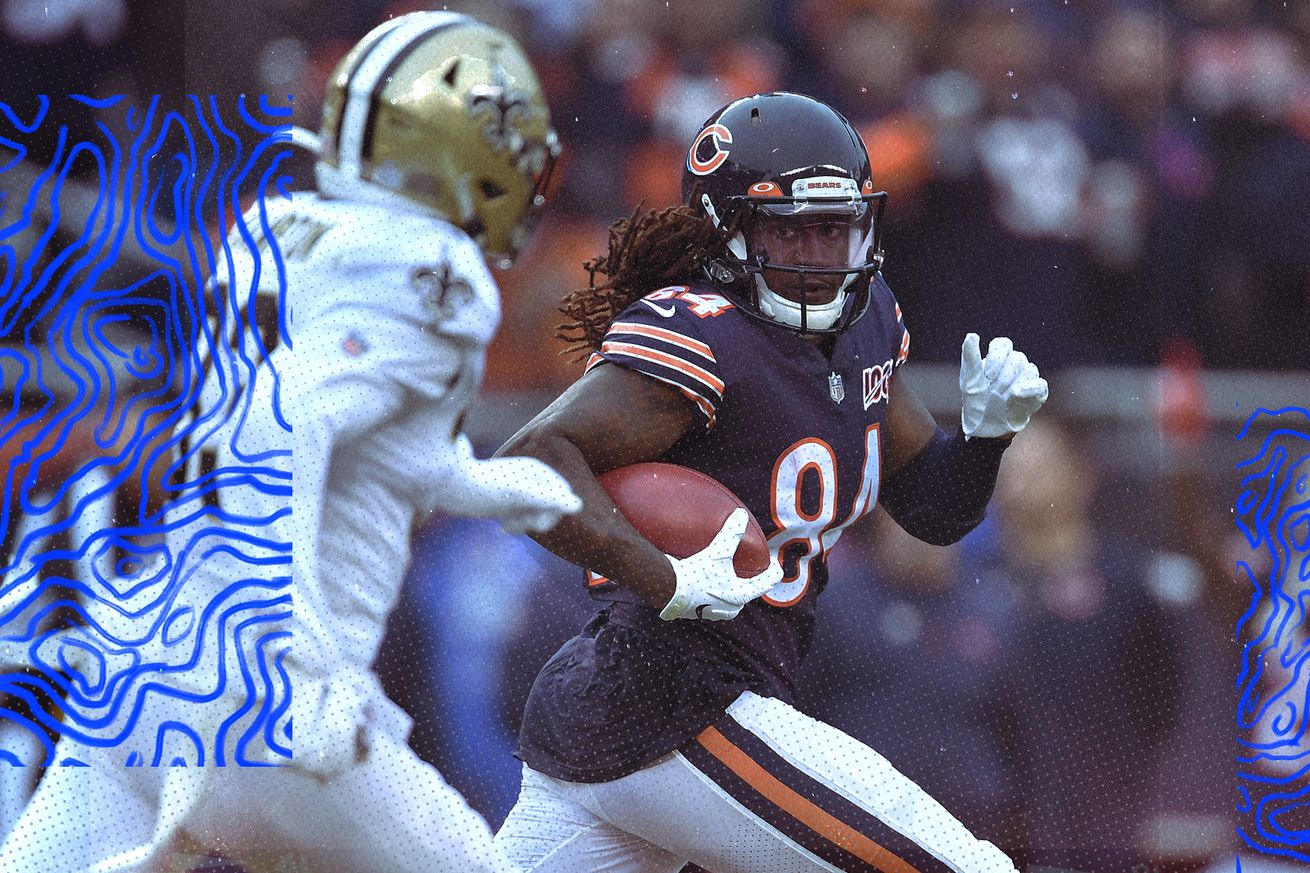 Cordarrelle Patterson returned a kickoff 102 yards for a touchdown against the Saints on Sunday.

Chicago Bears wide receiver Cordarrelle Patterson is one of the league’s most electrifying and dangerous kickoff returners. On Sunday against the New Orleans Saints, Patterson returned a kickoff for 102 yards to give the Bears their first touchdown of the day.

The camera angle on Fox made this one especially sweet:

This was the greatest camera angle in the history of the NFL. pic.twitter.com/Vi9Xwf78lW

Cordarrelle Patterson is the 1st player to have a kick return TD at Soldier Field since … himself, in Wk 7, 2018 with NE.

He has 3 career kick return TD at Soldier Field, breaking a tie with former Bears Devin Hester & Dennis Gentry for most all-time (CHI moved there in 1971).

Patterson has been making this type of magic on kickoffs throughout his NFL career.

For a guy that checks in at 6-foot-2, 238 pounds, Patterson has impressive speed and elusiveness. He ran a 4.42 in the 40-yard dash at the 2013 NFL Combine, the sixth-fastest time for receivers that year. His nickname is “Flash” for obvious reasons.

Patterson’s first-ever NFL kickoff return touchdown came during his rookie season with the Vikings against his current team. This one went 105 yards, tying a Vikings franchise record:

His second kickoff return for a touchdown as a rookie set an NFL record for yards:

He didn’t have any kickoff return touchdowns in 2014, but made up for it with two during his third year with the Vikings in 2015. His first came against the Oakland Raiders. How he tightropes the left sideline here is a thing of beauty:

Then against the Seattle Seahawks, he took one to the house for 101 yards and was able to high-step towards the end zone:

The way that Patterson changes gears so seamlessly is one of my favorite parts of his game. His lone kickoff return touchdown in 2016 came against the Cardinals, and this one was pretty much a touchdown before he reached midfield:

Then last season when he was with the New England Patriots, Patterson scored his sixth kickoff return TD against — you guessed it — the Chicago Bears.

After fumbling a kickoff that spotted Chicago 7 points, #VFL Cordarrelle Patterson flashes that all-star speed on his way to his sixth career return touchdown. #Vols pic.twitter.com/rDaeAEFaEN

Patterson high-fiving his teammate before stepping past the goal line is the best part about this touchdown, hands down.

In New England, Patterson went by a different nickname.

“I call him ‘The Experiment,’” Tom Brady said in November, via Boston.com. “Just because he can do it all. We’re all just trying new things with him. I just love what he does.”

Patterson’s penchant for kickoff returns began well before he got to the NFL. At Tennessee in 2012, he averaged 28 yards per return, and had a touchdown against Mississippi State. Prior to landing in Knoxville, Patterson was the No. 1 overall JUCO recruit from Hutchinson C.C. in Kansas, where he set the school record for career kickoff return average at 41.9 yards. In a 2017 Players’ Tribune piece, he described what goes into identifying openings on a kickoff:

You start from the outside and work in — on the left side it’s L-1, L-2, L-3, L-4, and L-5. Same on the right. The blockers up front have such a tough job because, at the same time that guys are coming at them full speed, they don’t even really know which way the ball went or where I am.

But whether you’re lined up in a 5-4-2 return formation (which is exactly what it sounds like, with two guys back deep), or an 8-2-1, there’s almost no plan that survives first contact. I think in the Green Bay game the return was supposed to go to the left. I started that way, but then I saw a hole so I cut back to the middle and squeezed through it … before I went back to the left again.

That’s the thing, once you catch the ball there’s no time at all to think about what you’re doing. I try to stick with the game plan, but all I’m thinking about is scoring a touchdown, turning the momentum and helping my team win. It’s instinct. Some guys like to follow the wedge, but I like space.

It’s amazing that Patterson might break an NFL record in this era of football.

The league has been trying to de-emphasize kickoffs for years now.

In 2011, the league changed the spot of the kickoff from the 30-yard line to the 35, making touchbacks much easier. Then in 2016, it moved touchbacks from the 20 to the 25-yard line, giving receiving teams more incentive to take a knee or let the ball roll through their end zones.

The impact has been significant. In 2009, NFL teams were averaging 4.2 kickoff returns per game. That number has steadily trended downward since 2011:

Thus far in 2019, teams are averaging another new low: a paltry 1.5 returns per game, despite recent rule changes that arguably open up the return game.

Patterson entered the NFL in 2013. He has been so dominant, he’s on his way to breaking an NFL record in an era when the league has been doing everything it can to limit him. At 28, Patterson isn’t slowing down anytime soon. I can’t wait to see him continue to fly on kickoffs, this season and beyond.