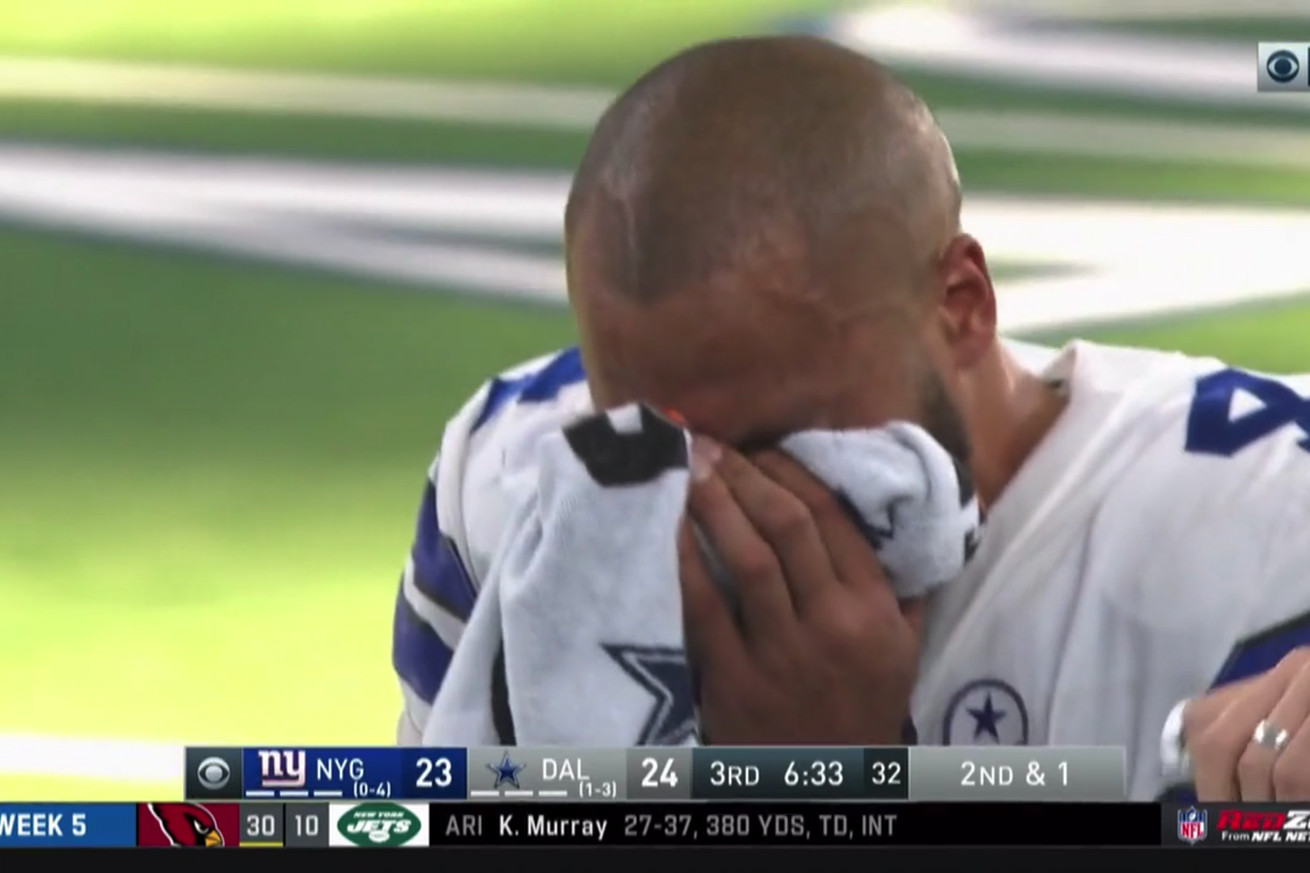 Dak Prescott’s season may already be over.

In the third quarter against the New York Giants, Prescott suffered twisted his right ankle right after being tackled by Logan Ryan. Prescott held onto his leg and the injury cart made its way to Dallas’ franchise quarterback. He was reportedly taken to a nearby hospital immediately after. Because of the graphic nature of the injury, we won’t post it here.

The Cowboys have so far failed to meet their high exceptions coming into the season. At the same time, the NFC East was still within Dallas’ grasp. With the 1-3-1 Eagles at the top of the division at the time of this writing, Dallas only needs a win to change its fortune. Now the team will have to do it without Prescott for the foreseeable future.

Despite the team’s losses, Prescott was having a fantastic season with nine touchdowns and 1,690 yards prior to Sunday’s game. Had he been able to complete the season, Prescott could have set new records. Per NFL’s Chris Wesseling, Dak was on pace for 6,760 yards, which would have been a new record by more than a thousand yards.