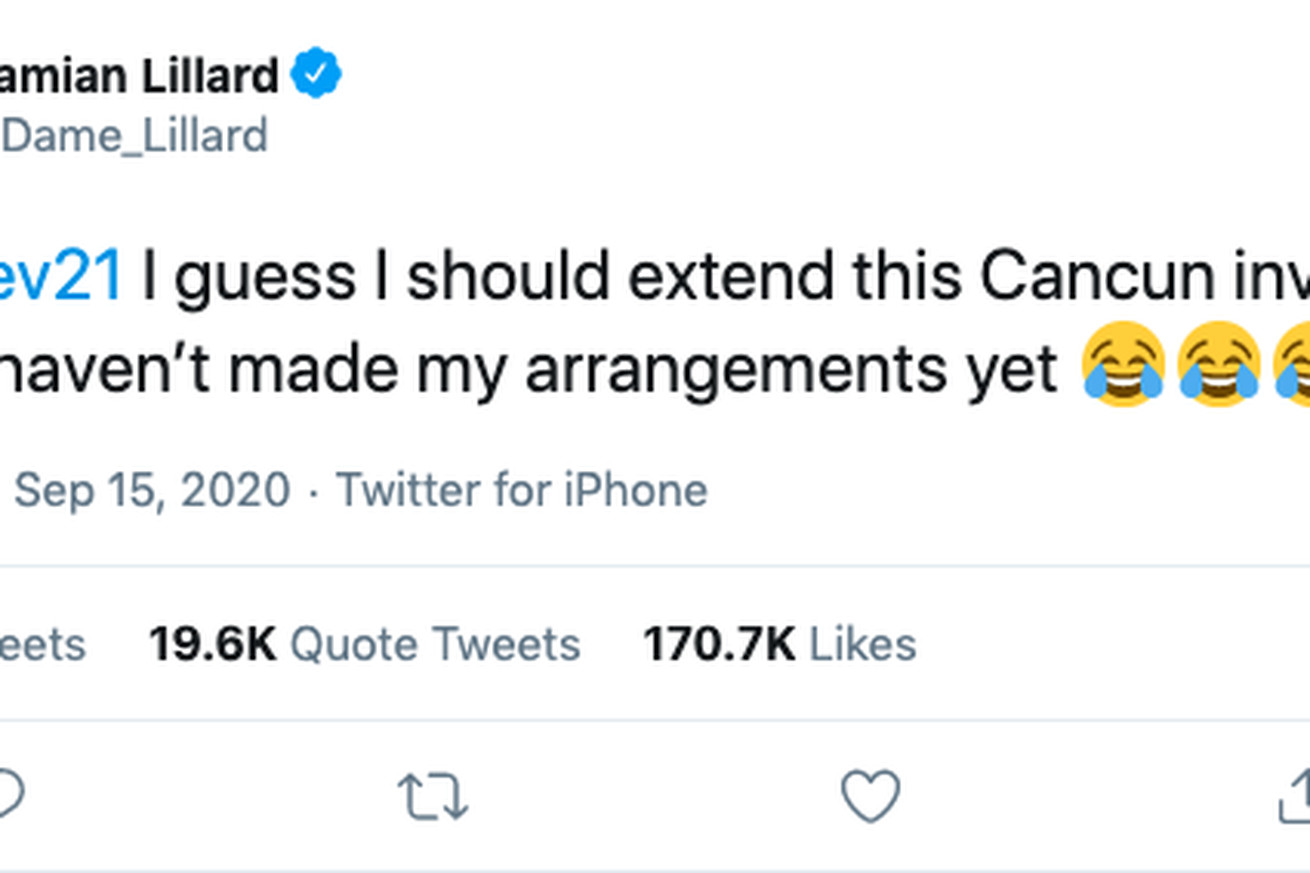 The Trail Blazers stars had some fun after the Clippers were eliminated in the second round.

The Los Angeles Clippers are out of the 2020 NBA Playoffs in shocking fashion after losing a Game 7 to the Denver Nuggets in the second round. The Clippers led the series 3-1, then proceeded to drop three straight games, culminating in a blowout loss in the decisive series finale. It’s a jarring result for a franchise that entered the playoffs with championship expectations in their first season with Kawhi Leonard and Paul George.

Two people who took great joy in the Clippers’ collapse: Portland Trail Blazers stars Damian Lillard and C.J. McCollum. The Blazers already had beef with the Clippers dating back to the seeding games in the bubble, and Lillard and McCollum weren’t about let the moment pass without letting Los Angeles hear about it.

McCollum chimed in, too:

I’ll bring the wine . Weather nice as ever too https://t.co/oE0d6gPBPy

My last tweet before I finish this glass. They did vote they ain’t wanna play no more. . . But I didn’t think they was gonna go out like that

Here’s one more from Lillard:

Look good to me https://t.co/nw3YU9TKFl

Here are some more tweets on the Clippers from McCollum.

If they fly private they can get into Mexico for sure. Should probably get the big jet.

I wonder if they packed before the game

This one of them days where you don’t read your mentions. Gotta log out and give someone else the password

There is some history between Lillard and Paul George, of course. When George was a member of the Oklahoma City Thunder last season, Lillard hit an epic walk-off series-winner over George to end their first round playoff series. George said Lillard’s game-winner wasn’t a good shot, which Lillard happily poked fun at on Twitter after the Clippers were eliminated in Game 7 on Tuesday.

In the seeding round at the bubble back on August 8, George taunted Lillard for missing two late game free throws. At the time, the Blazers were fighting just to make the bubble. The Clippers would go on to win that game, with George and Beverley taking joy in Lillard uncharacteristically coming up short in the clutch.

Lillard shot back at the Clippers after the game. The verbal jabs would continue on Instagram.

Beverley commented “Cancun on 3” after the Blazers lost the seeding game. Now you know why Lillard extended a Cancun invite to Pat Bev on Twitter after the Clippers lost the series.

It’s worth noting that Lillard and McCollum’s Blazers were eliminated in the first round in five games against the Los Angeles Lakers. It’s also worth noting the Clippers had far greater expectations than a Portland team that was decimated by injuries. A second round loss for Kawhi Leonard and Paul George is a huge disappointment.

It’s going to be a long offseason for the Clippers.