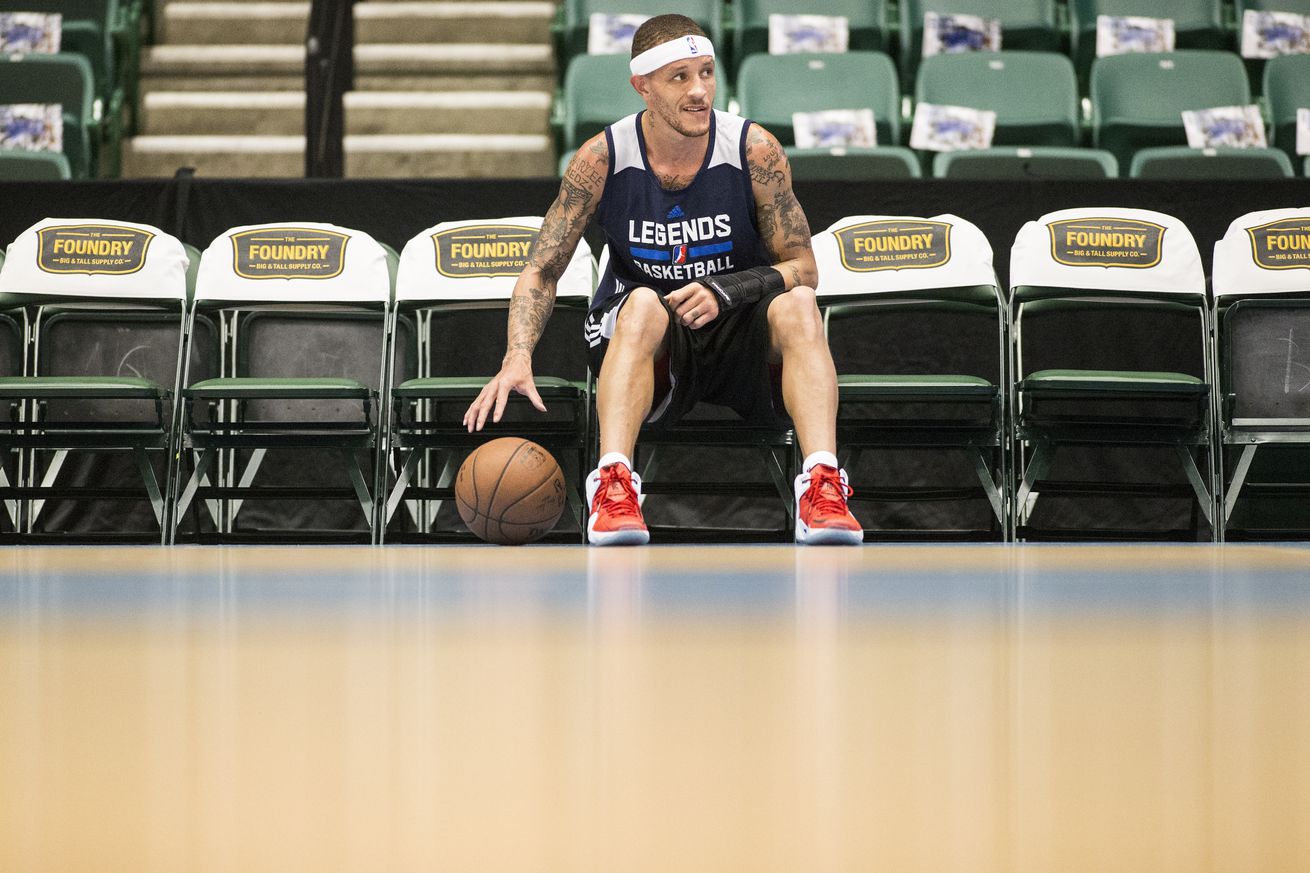 Photo by Michael Mulvey for The Washington Post via Getty Images

Mavericks owner Mark Cuban drove to a Dallas gas station on Monday night after receiving a call. There he found Delonte West, sitting on the ground, in need of assistance, so Cuban stepped in. It’s been eight years since West played for the Mavericks, but that’s unimportant — he needs help, and now Cuban is doing it.

The plan is to get West enrolled in a rehabilitation clinic, which Cuban will pay for. This is the tip of the iceberg. In recent years West has been seen in Dallas, and Washington D.C., with people assuming he was homeless, panhandling or getting into fights. Reducing his life to the money he made while in the NBA, but it glosses over the longstanding mental health issues West battled with during his player career, and highlights the dire need for more assistance to players after they leave the NBA.

In many ways West was one of the first athletes to shine the light on mental health stigma inside professional sports. Branded as “mercurial” early in his career, in 2008 West was public that he’d been diagnosed with bi-polar disorder. A mood disorder in which people swing between extremes of mania (a heightened state of activation) and depression (disinterest in life or activities). At the time people generally confused bi-polar disorder with dissociative identity disorder, in which a person presents multiple personality identities.

West’s reward for being honest about his struggles was widespread mocking. Some fans branded him as “crazy,” which led to athletes being extremely protective of their issues — and not speaking out publicly.

Bi-polar disorder is manageable with medication, but requires support and attention. The difficulty of the illness is that especially in cases where people go months between their manic and depressive phases there is a temptation to go off medication, because individuals feel “better,” particularly in a state of mania. It’s also important to note that not everyone’s bi-polar symptoms are the same. West’s struggles with the illness are definitely more on the side of the extreme, with major impact to his life taking place as a result.

There were positive steps being made in this story as of Monday.

A Delonte West update, as people close to the ex-NBA player going through very difficult personal struggle continue to offer help: Sources say Mavs owner Mark Cuban reunited West with his mother in Dallas on Monday — and now West has checked into rehab facility in Florida.

West entering rehab is a critical first step to him getting better. It’s going to take a lot of work and dedication, but when he is substance free he can then work on dealing with the bipolar disorder which precipitated so many of his issues during his career.

While we’ve made huge strides in mental awareness, sports are still lagging far behind. Any player mentioning their struggles is met with claims they don’t have “mental toughness,” which is as ridiculous as saying someone who tears an ACL didn’t have the “tendon toughness” to play.

Hopefully Delonte West can finally get the help he needs and turn his life around as a result. Kudos to Mark Cuban for putting the work in to find West, reunite him with his mother, and put him on a path of recovery.