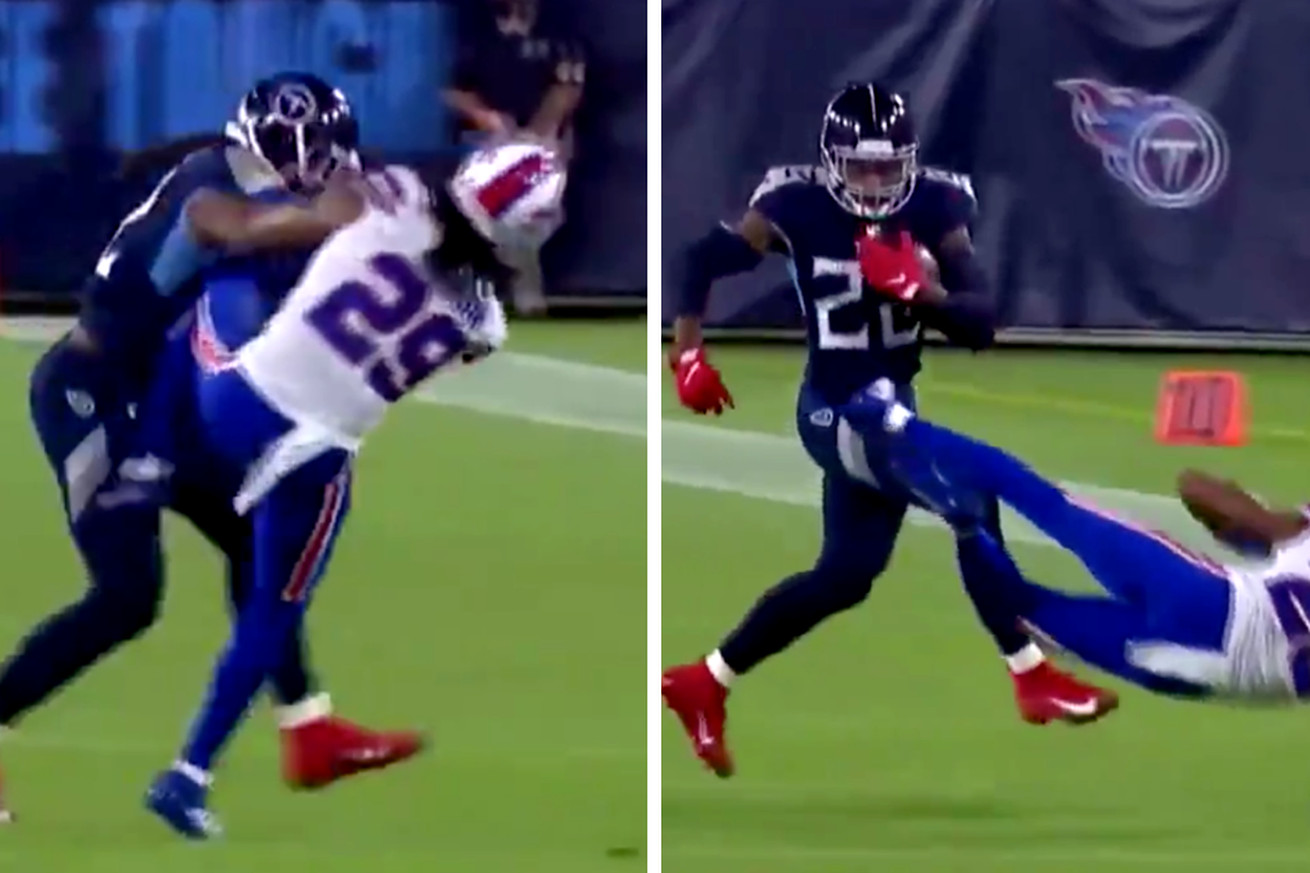 Derrick Henry unleashed the best stiff-arm of the NFL season.

Derrick Henry is one of the NFL’s most powerful rushers. The Titans running back and former Heisman winner had a breakout season last year, leading the NFL in rushing with more than 1,500 yards on the ground. Henry prefers to go through defenders than around them. Buffalo Bills veteran cornerback Josh Norman just learned that lesson the hard way.

As Norman tried to tackle Henry in their Week 5 matchup, the Titans star hit him with an absolutely ferocious stiff-arm that sent Norman flying through the air.

Here’s another look at Henry’s stiff-arm:

Poor Norman. He thought he was going to have a chance to bring down Henry for a big stop for Buffalo, and instead he got truck sticked. This has to be one of the most embarrassing things that can happen to a player on the football field.

Derrick Henry did this to Josh Norman pic.twitter.com/MV5i48GEyH

The Titans are 3-0 on the young season, and Henry looks like the rare running back capable of carrying an offense in the today’s game. We love watching him play.