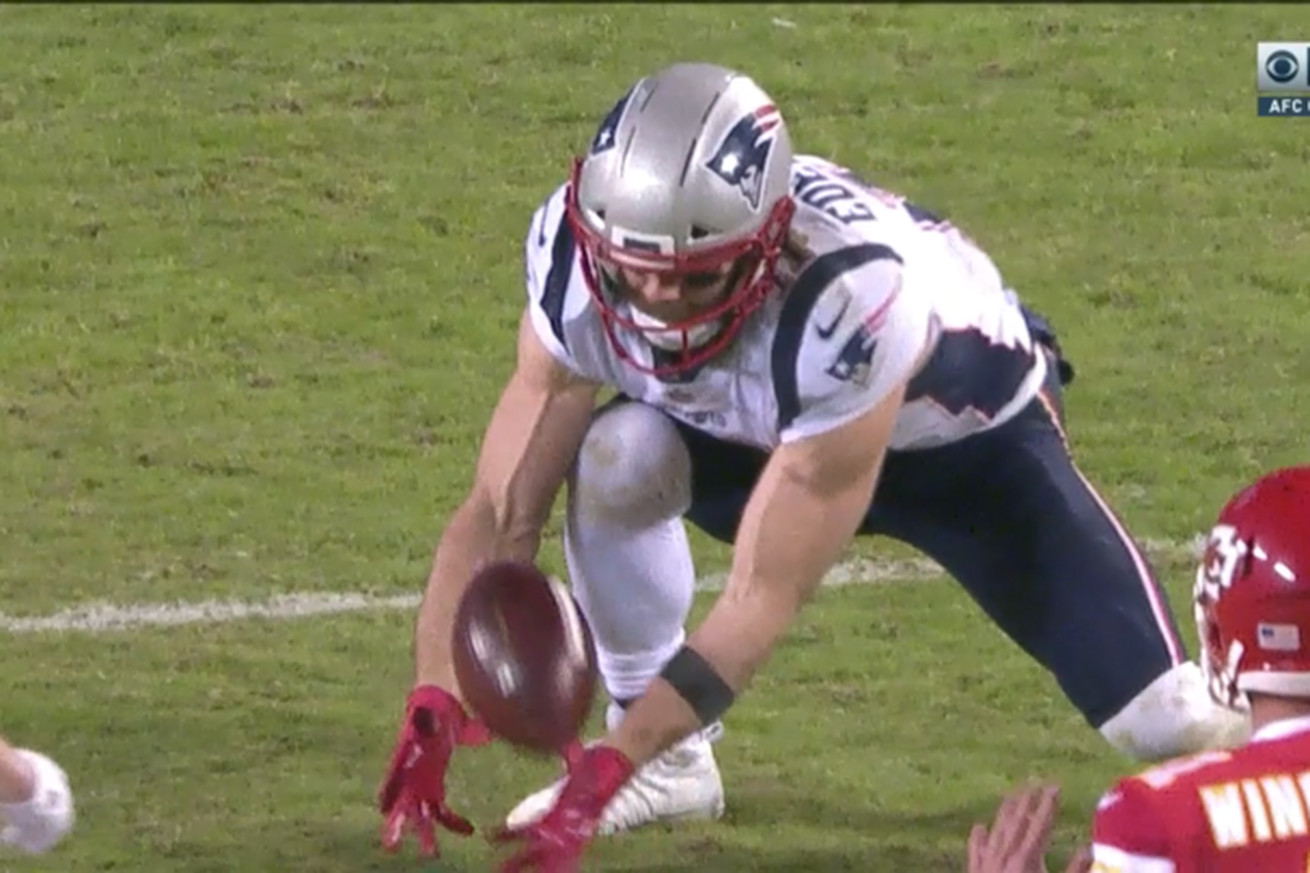 This was razor close, but the Chiefs eventually wound up with possession anyway.

With the Kansas City Chiefs desperately in need of some points, a fourth quarter drive against the New England Patriots fizzled and the Chiefs were forced to punt. But the team appeared to get the luckiest break imaginable when Patriots punt returner Julian Edelman reached out to grab the punt and couldn’t hang on.

The Chiefs were quick to recover the muffed punt, setting them up deep in Patriots territory. But did Edelman ever touch it?

You can watch about 100 times and struggle to figure it out.

The officials originally ruled that it was touched by Edelman, but after a lengthy replay review they determined that it wasn’t. That’s a tough break for the Chiefs considering replay reviews are only supposed to reverse calls that have irrefutable and conclusive evidence.

But just two plays later, Tom Brady threw an interception that — ironically — bounced off the hands of Edelman.