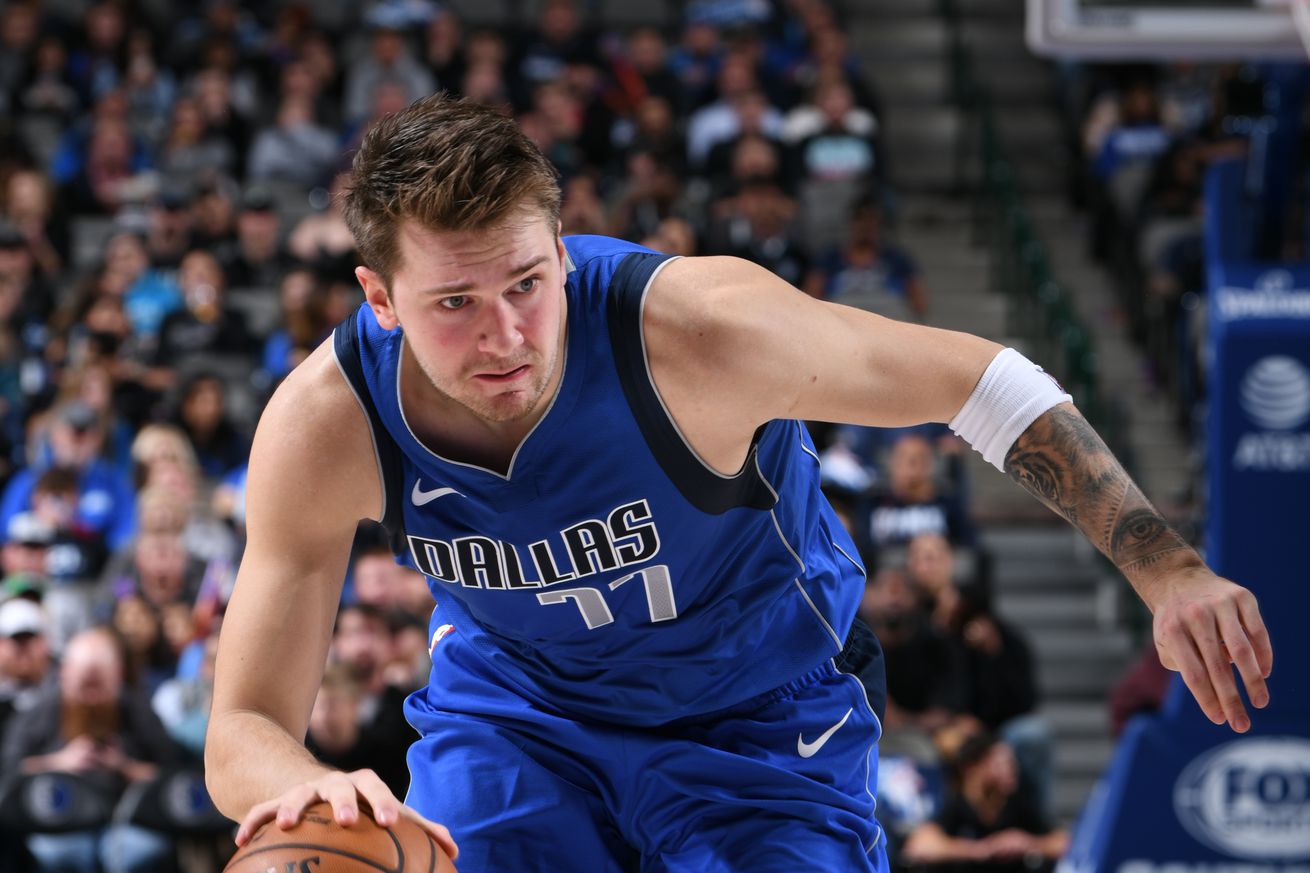 Luka Doncic, who went third in the 2018 NBA Draft despite being honored as the best player in Europe as a teenager, had a 42-point triple-double in an impressive, heart-thumping Mavericks win over the Spurs on Monday. (It’s so good to see Mavericks-Spurs be a thing again. The Texas Triangle is back!)

Luka, who the Phoenix Suns or Sacramento Kings could freely have drafted if they wanted to do so, is a threat to show up on a lot of MVP ballots, and maybe even finish third or fourth at this rate.

What I’m trying to say is LUKA DONCIC SHOULD HAVE BEEN THE NO. 1 PICK THIS WAS NOT A HARD DRAFT TO NAIL COME ON SUNS AND KINGS SHEESH

Vlade Divac participated in one of the biggest draft boners ever, and almost immediately got a new contract because one of his previous draft picks (De’Aaron Fox) and trade acquisitions (Buddy Hield) started hitting. And some Kings fans will justify it because Divac sells this story that Fox wouldn’t thrive if Luka had the ball in his hands, and vice versa. Meanwhile, Divac passed on Luka before Fox had come close to breaking out in the NBA, and Luka is looking like an NBA MVP while Fox is merely looking like a future All-Star. AND SACRAMENTO COULD HAVE HAD BOTH. (Not that I care about the Kings.)

Harry Lyles Jr. was there to talk to McCarty about putting Evansville back on the map.

Matt Ellentuck writes that Paul George on the Clippers is even scarier than we imagined.

The man replacing Kemba Walker in Charlotte is Devonte’ Graham.

I wrote about James Harden’s triumphs despite playoff shortcomings.

Rob Mahoney declares rebounding wings to be the league’s next market inefficiency.

Carmelo Anthony explains why and how he’s joining the Blazers. Interesting stuff on the difference between staying in shape and getting into game shape.