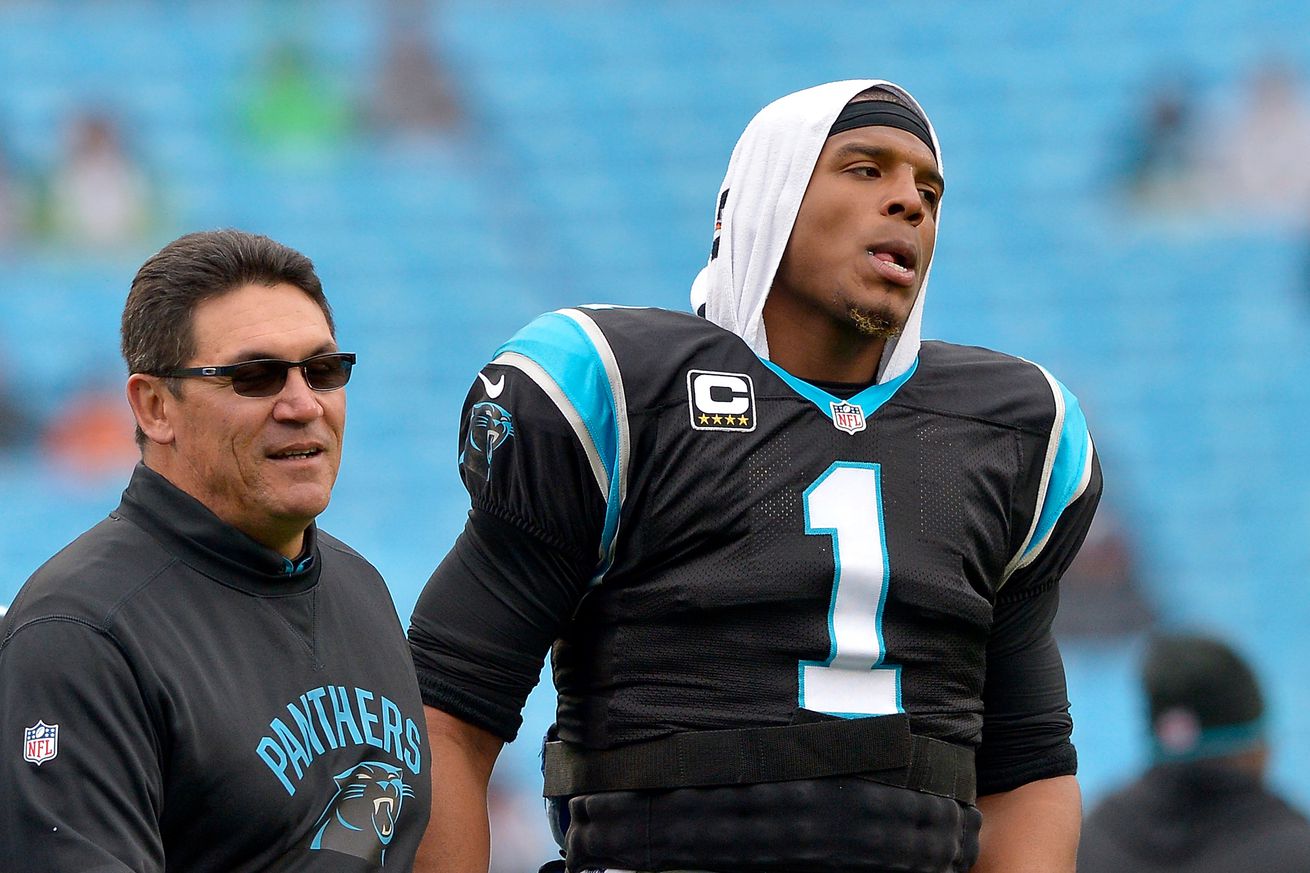 The 2013 Carolina Panthers were an excellent football team that went 12-4 and won the NFC South. In a division well-known for never producing a repeat champ across its first dozen years of existence, Ron Rivera’s squad was looking to change that heading into 2014.

It seemed logic would dictate one of the following things would have to be true:

• the Panthers would again put together a strong season

In 2014, the Panthers went 7-8-1, a record somehow good enough to once again win their division. In so doing, they became just the second team (2010 Seahawks) to ever parlay a losing record into a playoff spot in a season not shortened by strike (looking at you, 1982 Browns and Lions).

They did bookend their season with strong play, winning in each of the season’s first two weeks while sweeping each of their final four games spanning Weeks 14-17. That accounts for six of their seven wins. It also means, by my calculation, that in the 11 weeks in between, they won one game (and even their tie in Cincinnati required Bengals kicker Mike Nugent to miss what would have been a game-winning 36-yard field goal).

Their regular season covered 119 days. And for an 83-day stretch of it, this eventual playoff squad enjoyed the sweet taste of victory just once. How a team could go nearly three months in which they had but a lone, singular win … and still stumble ass-backwards into a division championship (and the automatic home playoff game that goes along with it) is beyond all rational thought. This isn’t what the forefathers of the creation of sports postseasons had in mind. It’s like something out of a fairytale.

Seems ripe to explore just how bad things were, just how bleak a portrait these ultimately playoff-bound jungle cats painted, in that extended time of football ineptitude. And keep in mind that pesky interim period which will be the exclusive focus from here on out, Weeks 3-13, is a sample that constitutes nearly two-thirds of the entire season.

That per-play differential of -0.81 was the second-worst of any of the NFC’s teams, with only the Giants having a worse placement on that above scatter chart. But at least the G-Men had a reasonably competent turnover differential of -1. The Panthers … didn’t:

With every team’s bye week residing in this window, that meant a uniform 10 games were played by all. The Panthers lost six of ’em by at least three scores:

The other 15 teams averaged 1.5 such blowout losses. These Playoff Panthers quadrupled that. So you won’t be surprised to learn that on a scoring basis, their report card would have required a parent’s signature:

Defensively, they were the NFC’s only team to have allowed over 300 points. Offensively, their 184 points trailed every other team except the Niners, who scored one fewer point amid the throes of just a bit of drama by the Bay.

Their -126 point differential, combined with only winning one game, leaves them looking like the indisputably worst team in the conference during this time:

But this was eleven (11) weeks (two-thirds of a season!) worth of a team dwelling in the NFC’s cellar, and still getting an invite to the January dance. And to make their story even more bizarre, their turnaround largely occurred when, while possessing a 4-8-1 record, star QB Cam Newton broke his back in a car crash. Derek Anderson stepped in to beat a tanking-for-Jameis Buccaneers team before Newton was able to return after just a one-week hiatus to beat the Browns and Falcons en route to the top of the pitiful NFC South.

Thanks to a strong start and finish, they are not the worst division winner or playoff participant of all time. For a season in its entirety, those aforementioned 2010 Seahawks were pretty clearly inferior. But being able to isolate a sample as long as 11 weeks in which a playoff-bound team was the clear-cut worst team in their conference is a way more special honor.

It’s also almost poetic that after 12 years of rotating division champs, the very first instance of a team nabbing back-to-back NFC South titles came because it stunk so much that all four teams had losing records and the winner by default just happened to have been its winner the previous season.

It’s impossible not to admire those Panthers — checking out for two-thirds of a season and still accidentally winning a division title and a home playoff game. The American Dream.