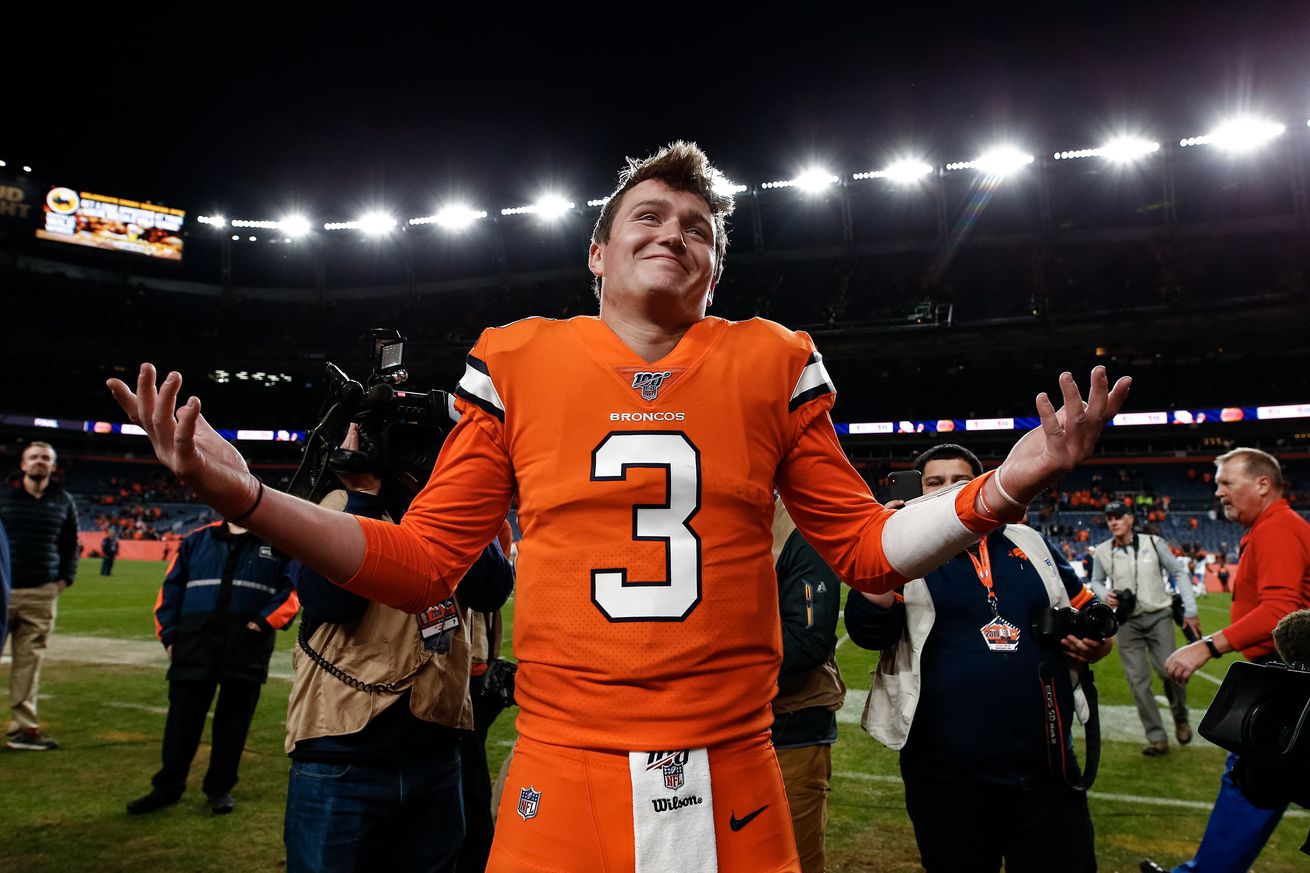 The Broncos’ approach to the offseason is simple: help Lock, and get Vic Fangio’s defense up to par.

The Denver Broncos finished with a 7-9 record in head coach Vic Fangio’s first year. That was only one win more than in 2018, and it didn’t tell us much we didn’t already know about the team — at least until the final weeks of the season.

It was in those final weeks that the Broncos named rookie Drew Lock the starter. Lock went on to lead the Broncos to a 4-1 mark, guiding the offense much more efficiently than Joe Flacco or Brandon Allen had earlier in the season.

While Lock is still somewhat unknown at quarterback, he’s the guy moving forward and the Broncos have to be able to build around him. Denver is now facing an offseason in which it has plenty of draft picks (12 total, with five within the first three rounds) and cap space, and a dearth of playmakers.

The top order is making sure that Lock gets help, both with new weapons and new blockers. Some key decisions will also have to be made to get Fangio’s defense up to snuff.

What Mile High Report wants most this offseason: John Elway needs to maximize the resources available to take advantage of both the strengths of this draft and free agent class to try to close the gap between Denver and Kansas City. That means being aggressive to find a No. 1 corner and depth across the roster before the draft, so the team can go with the best player available in April. — Tim Lynch

We’ll check back on the Broncos after free agency to see what they still need heading into the 2020 NFL Draft.