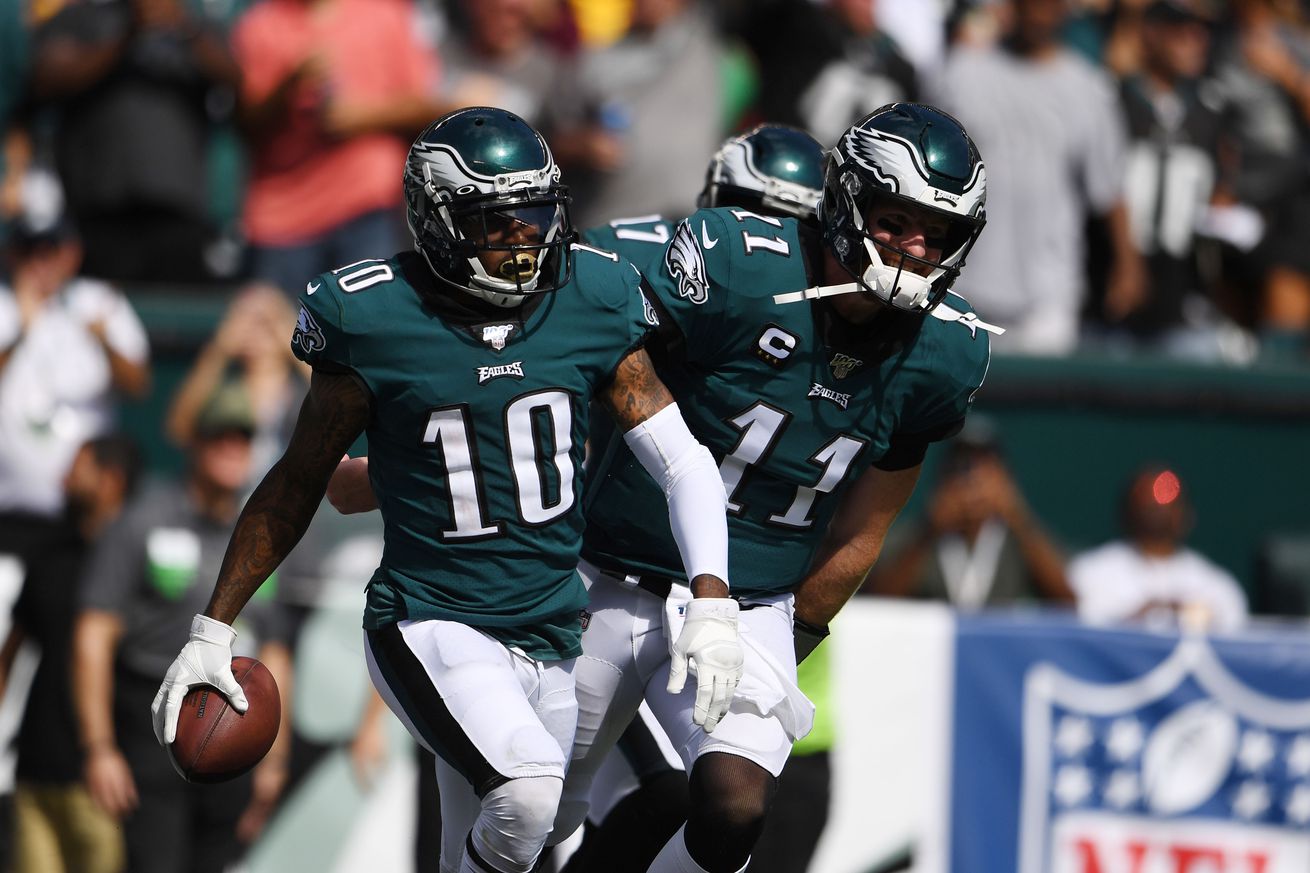 The Philadelphia Eagles will try to improve to 2-0 with a road win over the Atlanta Falcons on Sunday night as small chalk on the NFL odds at sportsbooks.

The Philadelphia Eagles are 12-6 straight up and 13-4-1 against the spread in their last 18 games against the Atlanta Falcons including a current 3-0 SU and ATS run. The Eagles hope to make it four straight wins and covers over the Falcons on Sunday on the road.

Philadelphia is a 1.5-point road favorite on the NFL odds in Atlanta at sportsbooks monitored by OddsShark.com. The Eagles opened as a 2.5-point road underdog, but steady betting action has turned them into a favorite.

The Eagles’ opening week appeared to be headed towards disaster when the team found itself down 17-0 at home to lowly Washington early in the second quarter.

But with Carson Wentz leading the way with 313 passing yards and three passing touchdowns, the Eagles went on a 32-3 scoring run to take a 32-20 lead before getting backdoor covered in the closing seconds of the game. It was a promising showing for the Eagles after they shook off the rust of a long offseason.

In their last seven games played in the month of September, the Eagles are just 1-6 ATS per the OddsShark NFL Database. The one cover over that stretch came in an 18-12 win over the Falcons at home last season.

Atlanta also got off to a dreadful start to the season in Week 1, but unlike the Eagles they never recovered. The Falcons trailed the Minnesota Vikings 28-0 heading into the fourth quarter before picking up 12 points in garbage time. In their last 10 games played in Week 2, the Falcons are 9-1 SU and ATS; they’d love to keep that trend going to turn this season around before it has a chance to get off the rails.

Sunday’s total is set at 51 points. The OVER is 10-1 in Atlanta’s last 11 home games played in the month of September.

This is going to be a good early-season litmus test for both of these teams. The Falcons are hoping to return to playoff form after a disappointing 7-9 SU campaign last season, and to do so they are going to have to win some tough games at home like this one. Philadelphia, meanwhile, will get a chance to see where it’s at against a more competitive team than Washington.