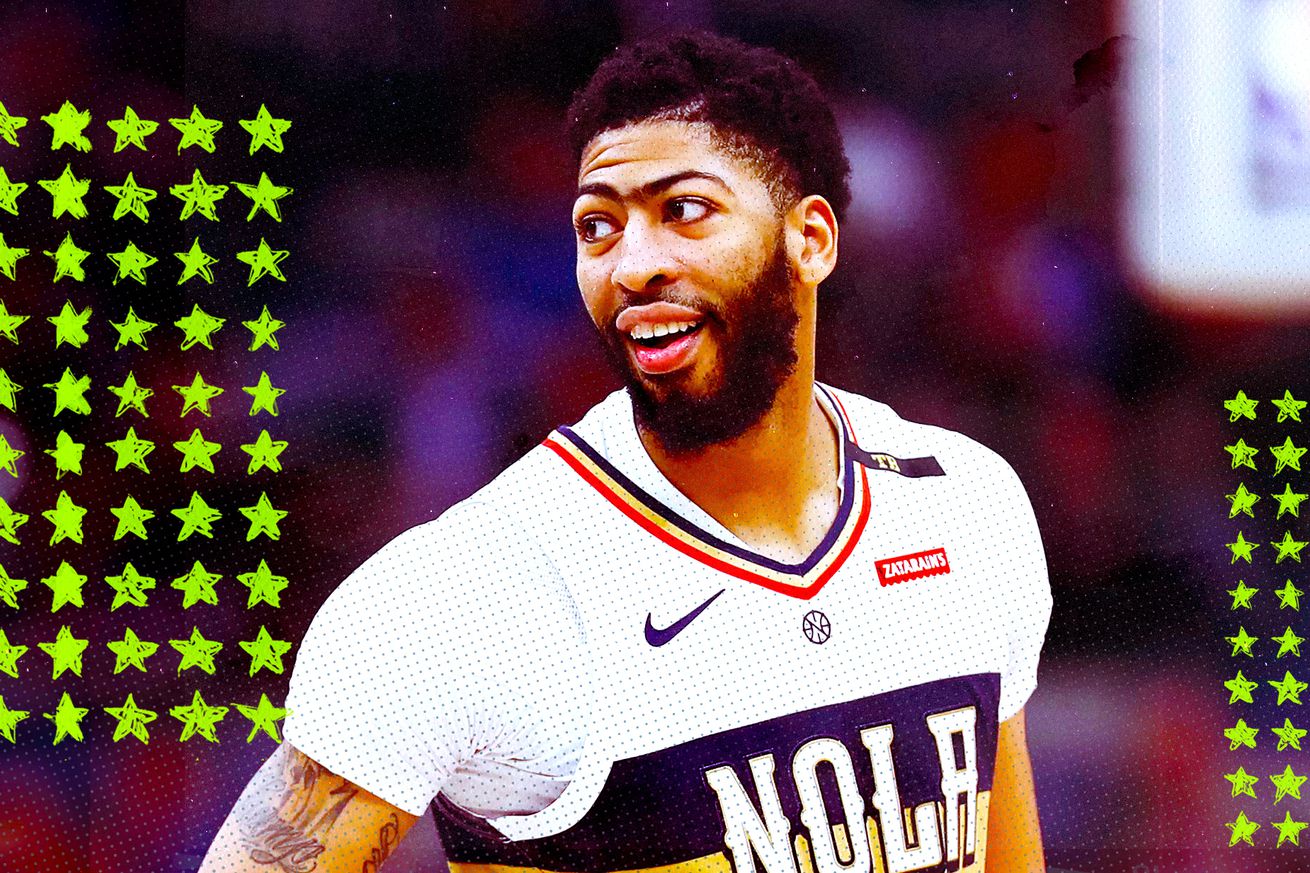 The Lakers and Celtics are the obvious frontrunners, but every team should want to deal for AD. Yes, even your team.

Anthony Davis is officially on the trade market after his agent, Rich Paul, revealed to ESPN’s Adrian Wojnarowski that the superstar requested a trade from the New Orleans Pelicans.

“Anthony wants to be traded to a team that allows him a chance to win consistently and compete for a championship,” Paul said, though Davis hasn’t requested to be moved to any team in particular just yet.

The Pelicans do not have to move Davis before the Feb. 7 trade deadline, as the star is under contract until 2020. They can trade him any time from now until next season’s trade deadline if they wish to hold out for the best offer they can get. New Orleans can and should maneuver the leverage Davis has awarded them by making his request so early to get a sizable return.

can’t make a move until July because of a rule that states that a team can’t trade for two players who received “Rose Rule” rookie contract extensions. Davis got one on his first contract with New Orleans, and Kyrie Irving is currently under one that won’t expire until the summer. So it behooves L.A. to make a move now before the Celtics can jump in.

If L.A. is unwilling to part with all of the pieces the Pelicans are seeking, or if the Pelicans don’t want L.A.’s young players, New Orleans can make the threat of waiting until the summer to strike a deal with Boston.

But as we learned in the Kawhi Leonard trade saga, a dark horse always exists. And surely a player of AD’s caliber will have 29 NBA teams calling.

Here’s what the 29 best, and most realistic offers could theoretically look like in a trade for AD:

Jayson Tatum, Jaylen Brown, Terry Rozier, Marcus Smart, and a conditional first-round pick. If this year’s playoffs don’t go as planned, it’s time to swap the kids for a Kyrie counterpart. Boston has its own picks, plus future selections from Memphis and the Clippers to offer.

Ben Simmons, Markelle Fultz, Wilson Chandler, and a protected pick. The Simmons-Embiid pairing might be too awkward to ever work. Cash in now before other teams catch on to how woeful his shooting really is.

Khris Middleton, Eric Bledsoe, and Thon Maker. The Bucks are rolling, but do they have enough for a deep playoff run? They’ll never have to question themselves if they pair Giannis Antetokounmpo up with AD.

Harrison Barnes, Dennis Smith Jr., Jalen Brunson, and however many first-round picks. Luka Doncic is here, and the Mavericks are always trying to win-now.

D’Angelo Russell, Jarret Allen, Joe Harris, and Ed Davis. The Nets have a heap of highly coveted prospects that could sway New Orleans if it’s looking for a long-term rebuild.

Kristaps Porzingis and Tim Hardaway Jr. The Knicks probably won’t have enough unless they include more prospects, but Kristaps is one of the best assets New Orleans could reasonably acquire.

Pascal Siakam, Serge Ibaka, OG Anunoby, and a first-round pick (2021 or beyond). If Toronto wants to go all-in on keeping Kawhi Leonard, pairing him with AD will make it that much tougher for him to leave. That duo could reasonably take down Golden State.

4 good West teams that’d be going all in

Gary Harris, Will Barton, and Jamal Murray. Trading for AD without any assurances he’d stay would be ill-advised with Denver playing so well, but Nikola Jokic and AD is a fever dream.

Clint Capela, Eric Gordon and all the first-round picks they reportedly would have offered for Jimmy Butler. If there’s a time to bet the rest of the house, it’s now, while Chris Paul is returning from injury, James Harden is still the MVP and there’s a chance Houston can salvage its season.

Steven Adams, Terrance Ferguson and multiple first-round picks well into the future. Adams fits perfectly and is an All-Star himself, but AD next to Paul George and Russell Westbrooks screams championship.

Rudy Gobert and Grayson Allen. Gobert is elite, though a slight step below Davis. It’d be an upgrade for Utah, and New Orleans would get to retain an All-Star center.

C.J. McCollum, Anfernee Simons, Zach Collins and first-round picks. McCollum and Damian Lillard are great, but aren’t enough. It’s time for Portland to go all-in while Lillard is this good.

Marc Gasol and Jaren Jackson Jr. If New Orleans wants to stay competitive now and avoid the full tank, Gasol could help a playoff push while Jackson Jr. is groomed into being the next AD.

Aaron Gordon, Jonathan Isaac and a first-round pick. Maybe that first-round pick is Mo Bamba instead, but either way, Orlando has a lot of young talent to offer. They’re a sneaky sleeper, but only if Davis would ever consider committing past next season. (He probably won’t.)

Justise Winslow, Bam Adebayo, James Johnson and whatever picks. Everyone has to be on the table for AD.

Trae Young, Kent Bazemore, John Collins and first-round picks. Maybe even the one they received from the Luka Doncic trade. If New Orleans is going for the long rebuild, Young and Collins could be a dominant pick-and-roll duo of the future.

Blake Griffin and first-round picks for Anthony Davis and Wesley Johnson. Griffin is the best talent Detroit can offer, and if New Orleans wants to stay in the hunt with Jrue Holiday, maybe Blake’s enough.

Bradley Beal, Tomas Satoransky and first-round picks. Beal is one of the best stars who might reasonably be on the market, but this is a reach.

Andrew Wiggins, Josh Okogie and two first-round picks. I mean, it’s worth the ask I guess.

LaMarcus Aldridge, Dejounte Murray and Lonnie Walker. Swap DeMar DeRozan for Aldridge if you’d like, but either way it’s hard to see New Orleans taking this one seriously.

Myles Turner, Thaddeus Young, Bojan Bogdanovic and a first-round pick. Won’t happen, but the shot must be shot.

Shai Gilgeous-Alexander, Danilo Gallinari, Jerome Robinson and a first-round pick. Worth a try ¯\_(ツ)_/¯.

DeAndre Ayton, T.J. Warren and Josh Jackson. No way New Orleans says yes unless it believes that much in Ayton.

Wendell Carter Jr., Lauri Markkanen, Robin Lopez and every pick ever. Still no.

Klay Thompson and Draymond Green for Anthony Davis and E’Twaun Moore. If this goes through, it’s time to riot.