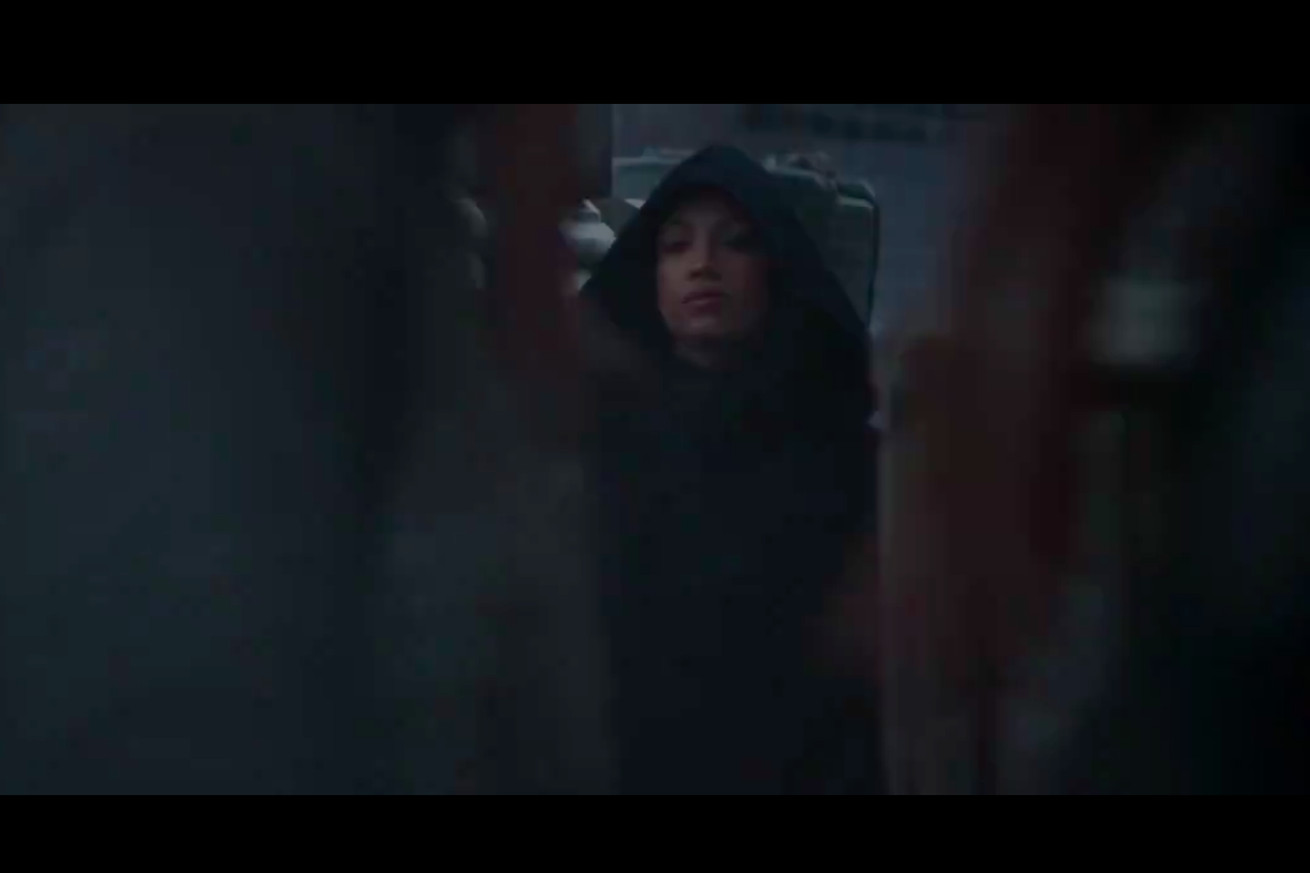 Disney dropped the first trailer for season two of The Mandalorian, which is coming to Disney+ next month.

“Wherever I go, he goes.” Watch the brand new trailer for #TheMandalorian and start streaming the new season Oct. 30, only on #DisneyPlus. pic.twitter.com/0E3mtUcZO9

One moment in particular has people a little confused. A new hooded character featured in the trailer had everyone on Twitter believing Rosario Dawson was a surprise addition to the cast.

One problem: This isn’t Rosario Dawson. Not by a long shot. This is WWE superstar Sasha Banks, one of the best wrestlers on the planet. Aside from not looking at all like Rosario Dawson, Banks is also INFINITELY cooler than Rosario Dawson,

I know the venn diagram of Star Wars fans, and fans of professional wrestling is probably a fairly small slice, so here’s what you need to know about Sasha Banks before you see her in The Mandalorian.

Not in a metaphorical sense. Banks’ gimmick in WWE is “The Boss,” and she totally owns it. Using her in-your-face bravado, Banks is always the coolest person in the ring whenever she’s in a match, and her entrance just oozes style. Especially at Wrestlemania 32.

No. 2: Sasha Banks is related to Snoop Dogg.

If you watched the above video you’ll hear Snoop refer to Banks as his “family,” which is absolutely accurate. The two are first cousins, and Snoop says he helped Banks develop her personality and style for her wrestling career.

No. 3: There are rumors of a gladiatorial fight involving Banks’ character in The Mandalorian.

This makes a ton of sense considering her fight background, which makes her a natural fit for any kind of filmed fight sequence. Banks’ in-ring style is a lot of high powered strikes, complemented by the “Bank Statement,” her submission finishing move.

No. 4: This means we’re probably going to see a lot more of Sasha Banks in Hollywood.

It’s only natural for professional wrestlers to try and make the jump from the ring to the camera when their careers wind down. Heck, look at The Rock. Banks has the natural charisma to be a big deal in Hollywood, the connections, and the athletic ability. It seems like a foregone conclusion that we’re going to be seeing more of her well beyond The Mandalorian.