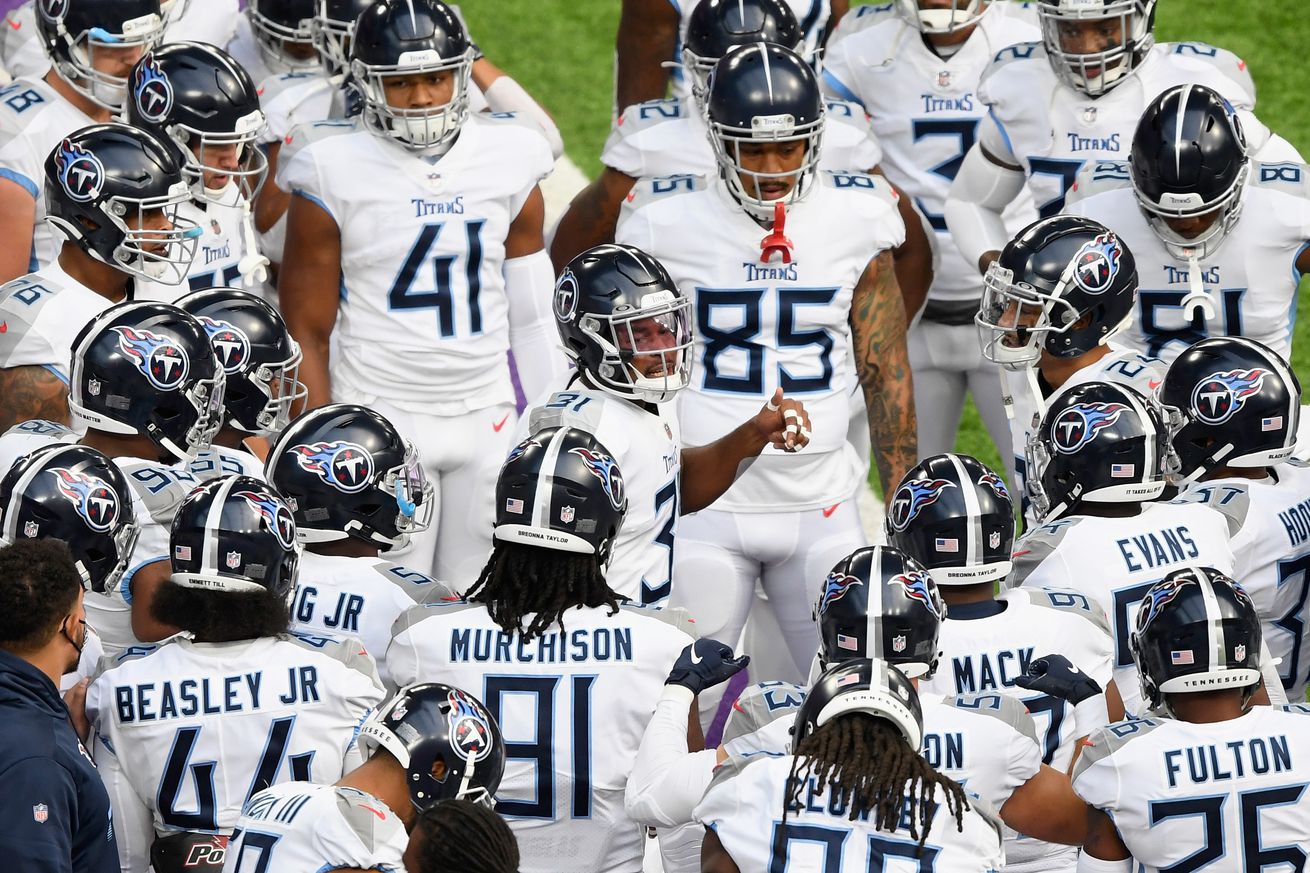 Where we go from here is going to be a major question for the NFL.

The NFL is reeling Tuesday after a report than the Titans had a major Covid-19 outbreak inside their organization, and may have hidden that information from the league. Now, with a lockdown of the team in effect, there are questions about how wide the spread may have gone, whether it impacted the Vikings, who were the Titans’ Week 3 opponents, and where the NFL goes from here.

When did this all begin?

The NFL has a policy of daily Covid testing for players and personnel, with Sunday being the only day tests are not administered. Prior to the Titans’ trip to Minnesota, OLB coach Shane Bowen tested positive during Saturday testing. He did not travel with the team, and no other players or personnel stayed in Tennessee.

Players and personnel were once again tested on Monday, this time showing that three Titans players, and five personnel members were positive for the virus. The league instituted immediate contact tracing to try and isolate who else may have been exposed to the infected individuals. Titans coach Mike Vrabel seemed like he expected the outbreak during his time with media on Monday:

“We’re following the 100 memos [the NFL’s] sent out, verbatim. We’ll keep you updated on the roster and who has to be out and who doesn’t.”

As a result the Titans and Vikings have suspended all in-person activities until they learn more about the situation, and who may have been effected.

How did the process break down?

Very little is known about how the outbreak started at this time. However, the failure point seems to be allowing individuals who were in direct contact with someone who tested positive to travel and play like normal. Because the NFL doesn’t require Sunday testing, it allowed one or more individuals to make the trip, and return without anybody knowing they had Covid until tests were complete on Monday.

This meant that for a 24 hour period, everyone who came in contact with these individuals could have been spreading the virus.

At the very least we’re going to see some major delays while the Titans and Vikings sort out what’s happening. Currently there are no positive tests inside the Vikings organization, but the situation is being monitored.

It appears Tennessee will be dealing with major issues for much of the week, depending how far the virus has spread. The NFL has not made an announcement about how games would progress, should the Titans be unable to play — however the league did bake a safety valve into the season in case of an outbreak, which would be pushing all games back a week, including the Super Bowl.

There’s also a possibility bye weeks could be shifted around, allowing games to continue as scheduled, should there be a need for disruption.

This is the NFL’s first major Covid test. It was bound to happen sometime during the season, but now the league needs to find the fail points, correct them, and work on a better plan moving forward. That is, assuming, the league dodged a bullet and the virus is confined to the Titans at this time, without further spread to Minnesota.