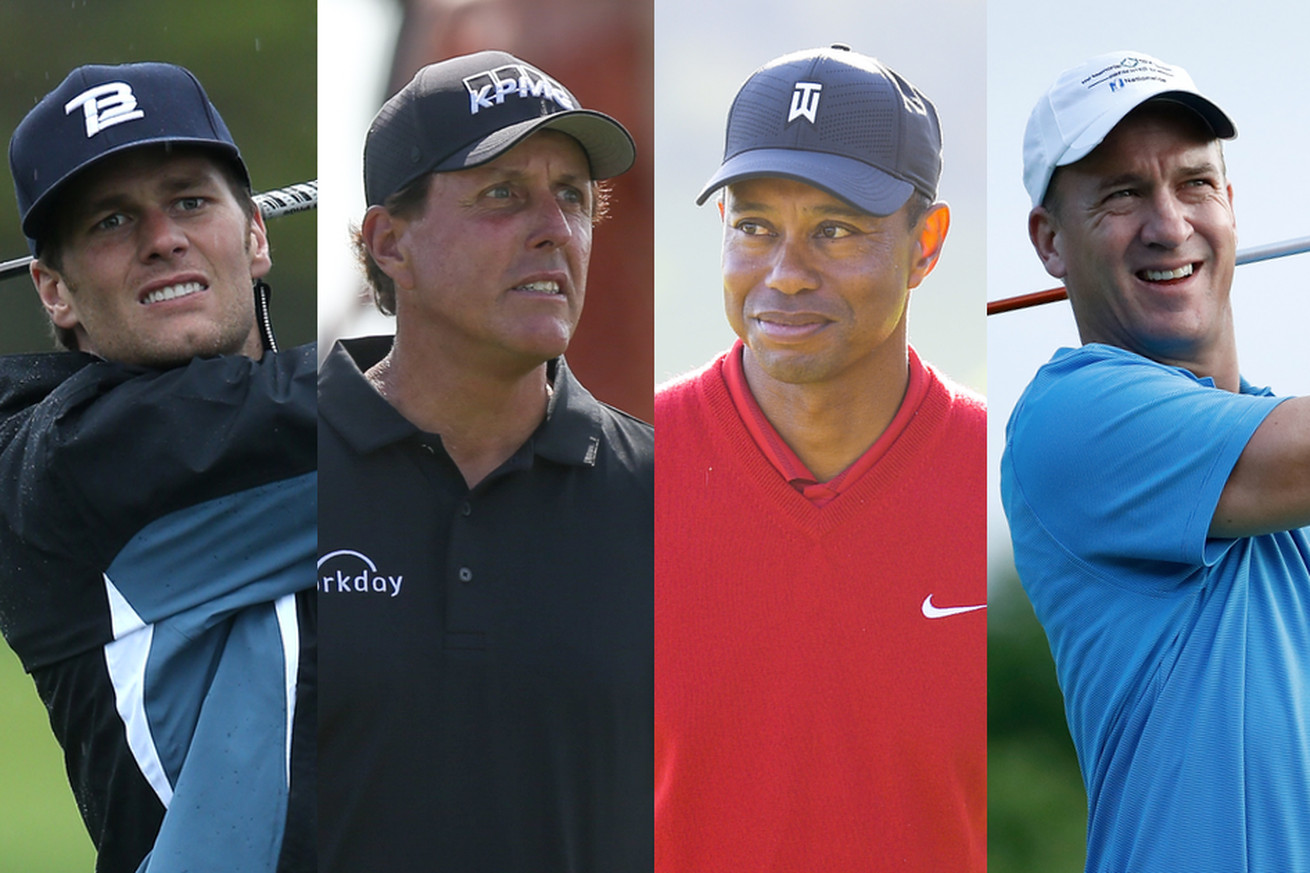 Brady vs. Manning. Woods vs. Mickelson. All in one golf matchup.

The decades-long rivalries between Tom Brady and Peyton Manning continue with the help of another, the one between Tiger Woods and Phil Mickelson. The four greats will be playing golf in a two-versus-two matchup called The Match: “Champions for Charity” on Sunday May 24 at 3pm est. You can watch on TNT, TBS, truTV, and HLN.

How did this start?

The Tiger Woods and Peyton Manning vs. Phil Michelson and Tom Brady matchup is actually the second iteration of a much-hyped matchup between the two golf greats. Back in 2018, Woods and Mickelson faced off on pay-per-view simply called The Match, which took place in Las Vegas on Thanksgiving weekend. After playing all 18 holes, the two legends tied after which meant they had to go to a tiebreaker, which Mickelson eventually won. Throughout the matchup, both golfers placed side bets with the winnings going to charity.

additional funding thanks to on-course challenges.

The format for the first nine holes will be four-ball which requires all four participants to play with their own ball. The final score of the team will depend on the teammate with the lowest score at the end of the round. That means the other teammate can have a bad outing during that round and it would not count against the team.

The back nine has different rules. Those will be played under a modified alternate shot, which requires each team to play the hole with only one ball. The teammates will then alternate on attempting their respective shot. Unlike the first nine, every swing and score counts; there may be less room for mistakes, especially if the opposing team has an efficient outing.

In the event of a tie, just as in the first Match, the play will continue until there is one winning team. That will take place in a short hole near the 18th.

Are Brady and Manning good golfers?

Tom Brady is an avid golfer, so much that he has often used golf metaphors to explain the mechanics behind throwing a football. On top of that, he has also played with some of the PGA’s biggest names, including Rickie Fowler who was impressed by Brady’s putting. “I’ll tell you what, Tom Brady can putt … so if I can take that into this week, I think that’s the one thing I took off of him that will help me.”

Peyton Manning also plays and he’s familiar with the course, Florida’s Medalist Golf Club, though he didn’t fare all that well in a previous outing. According to the Denver Broncos website, he had so much trouble that he didn’t have enough golf balls to finish the 18th hole. “‘I leaned over to [former teammate Brandon] Stokley and asked if I could borrow a ball,” Manning said. ‘I was out of balls by the time I got to 18. And he said all he had was a yellow one left.’” There is one sliver of hope in his retelling of a bad golf performance. Tiger Woods was also there, playing with Peyton.

On paper, who’s the better team?

We talked to RJ Ochoa, Manager of our Cowboys site, and who happens to be a huge golf to give his insight on the Woods-Manning vs. Mickelson-Brady matchup:

“Phil won the first iteration of The Match and I suppose there is some value there, but the thing about Phil Mickelson is that his name is Phil Mickelson and not Tiger Woods.

Tiger is the better golfer, both all-time and in the here and now. Before the PGA Tour was suspended there was a possibility/likelihood that Mickelson might not have even qualified for the U.S. Open, although obviously a lot of their potentials in this match depend on their playing partners.

Ultimately this will probably be won on the back nine and since each pair can choose which drive they want to play this will come down to Tiger and Phil’s ability to keep it in the fairway. Tiger will likely win out there which should elevate their squad.

Team Tiger and Peyton. For you. For me. For all of us.”